Way Back When with Triggs | Ep 9 Simon Forward

June 13, 2012Paul TriggerWay Back When with Triggs
Over the past few decades Trigger Brothers has accumulated a large collection of old school photo’s of Paul, Phil and friends from back when it all began! So we decided it’s time we get Paul to write up a short story about some of these classic moments in time… from local sessions and state titles to random road trips across the country.
John Doe, Company Inc.

Fordy has always been a very gifted sportsman. When he joined the Trigger Bros surf team at about 10 years old, I recall he already had the reputation of being well above average on the tennis court. His no fear attitude in the water saw rapid improvement and culminated in a number of sponsored trips to Hawaii with the Billabong Junior Team. Back on his home turf he won the Victorian Junior Surfing Titles in 1991 and followed this up with a 3rd place in the Billabong Junior Pro at Bells, coming in ahead of many future pro surfers such as Danny Wills, and amazingly during these teenage years Simon was also juggling a career in football. At 17 he played in the senior premiership team at Hastings and did a pre season at St Kilda, but just missed making the list when injured prior to the final practice game.

Back in the local Mornington Peninsula League, Fordy played in another flag winning team at 21 years of age, but not before he’d won the prestigious Boomers Bay Classic, an Open Pro event held in the summer months at Bells Beach. According to seasoned surfer Mark Harrison, “Simon was the best big wave rider on the peninsula”, and Bells at 2 metres plus was where he was in the zone. 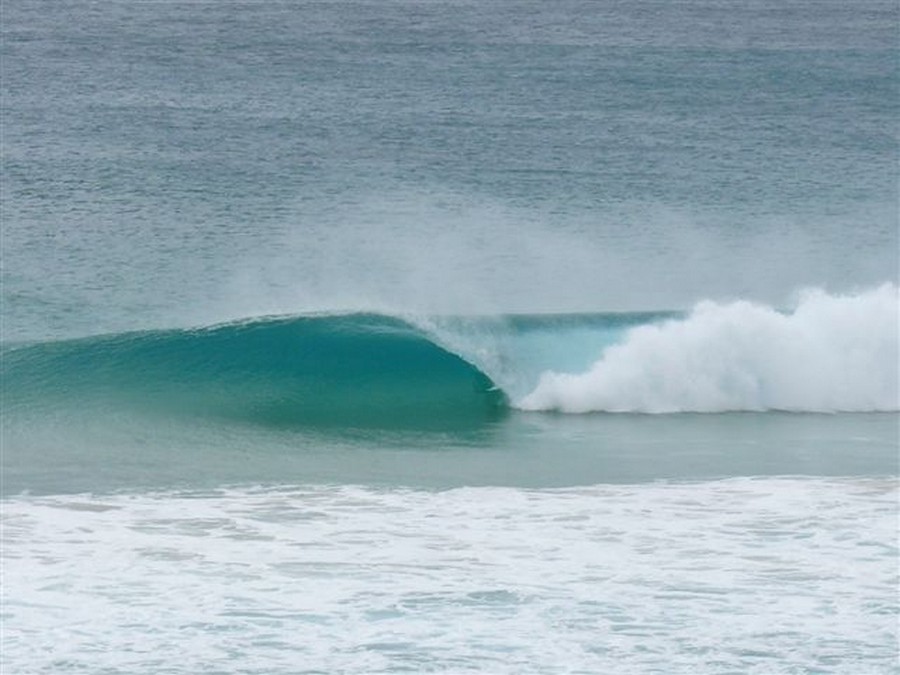 I know upon reflection he has at times questioned whether he should have directed all his energy into just one sport, but judging on a further 200 games at the Hasting’s Footy Club one could surmise that the passion of playing in a team sport outweighed the pursuit of individual glory that can come to a select few in surfing.

A plumbing apprenticeship with Stewie McClean helped maintain Simon’s high level of surfing ability, but once qualified Simon jumped at the opportunity to shape surfboards when Garry Taylor moved on in 1997. In fact it was Simon who made contact with Phil and myself to see if we would teach him to shape. 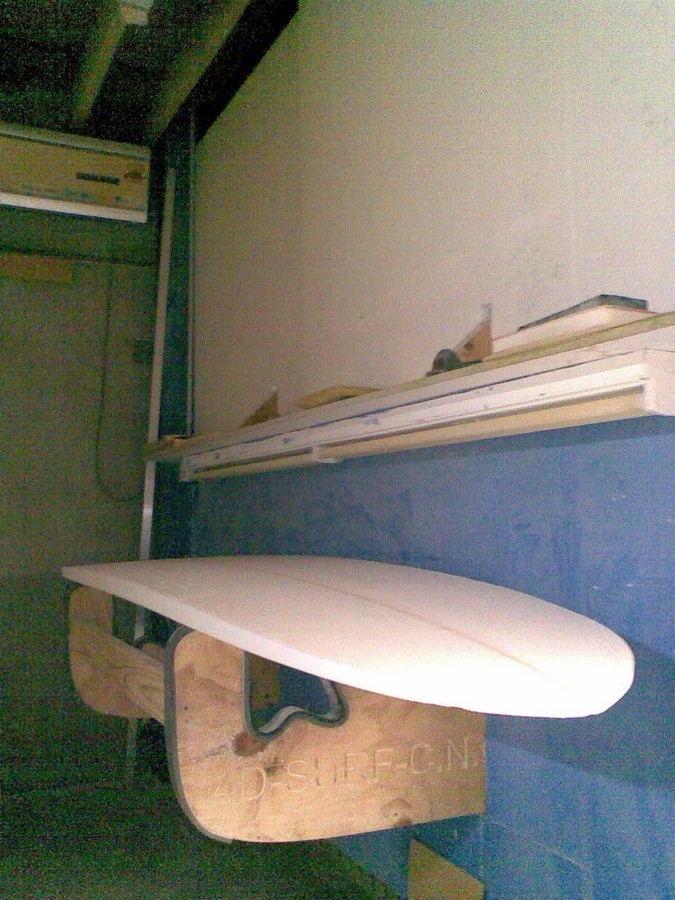 After shaping some 500 boards on the Peninsula, marriage to Renee a West Coast surfer girl has seen him re-locate to a factory at Ocean Grove. This may have presented some difficulties for our glassing team at Pt Leo had it not been for Simon’s willigness to make things happen and of course our good mate Bear, the Skipper of the Sorrento to Queenscliff Ferry, who coordinates the shipping of Simon’s boards across the heads.

Like most young people Simon was keen to take on new technology that has been applied to the manufacturing of surfboards worldwide. His factory now boasts two CAD shaping machines that Kenny Reimers flew down from Queensland to help set up. Kenny now also lives in Ocean Grove. By creating a computer file for a surfboard the CAD machine can extremely accurately form the shape repeatedly and in the process reduce the labour factor by some 80%. Our surfing team of Cal Nicolson, Adam Morris, Lachy and Ross McDonald, Angus and Hayden Forrest, Michael Antonie and Darcy Malessa are all riding these shapes and it looks as though once again 3 of these surfers will finish top 4 in the Peninsula Surfriders Open Division. 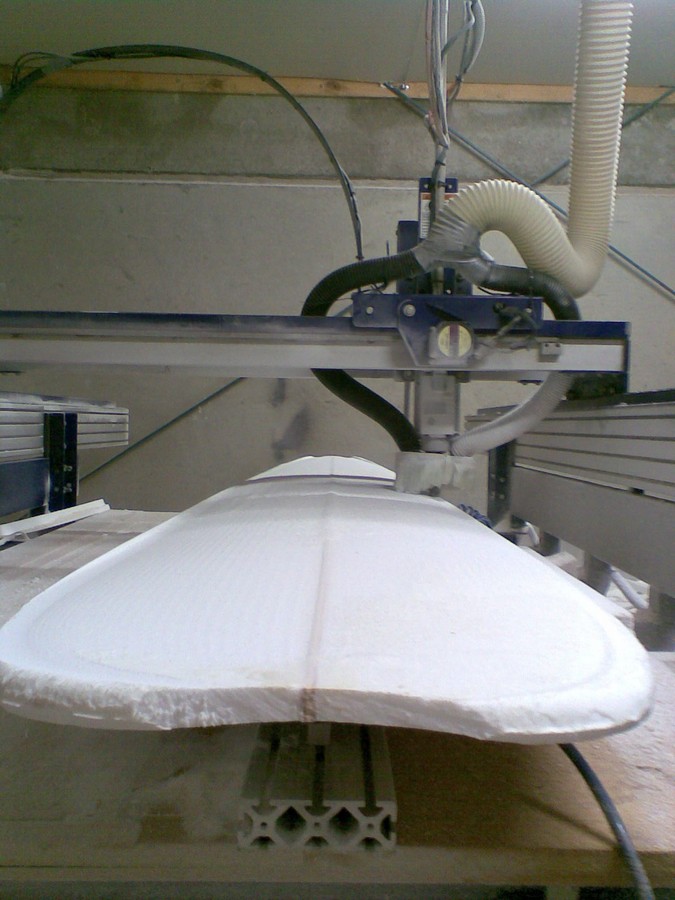 From experience, shaping surfboards under 5’6″ when the blank supplied is a cut down 6 footer is one of the most difficult tasks because of the shorter curve required to be taken from a long curved blank. This is where the CAD machine comes into its own and Simon has repeatedly created a series of excellent boards for top grommet surfers, like the Harrison’s from Barwon Heads and many of the Trigger Bros Surf Crew. He’s also applied the machines blades to creat letter boxes, fancy fence posts, fins and a number of other items. 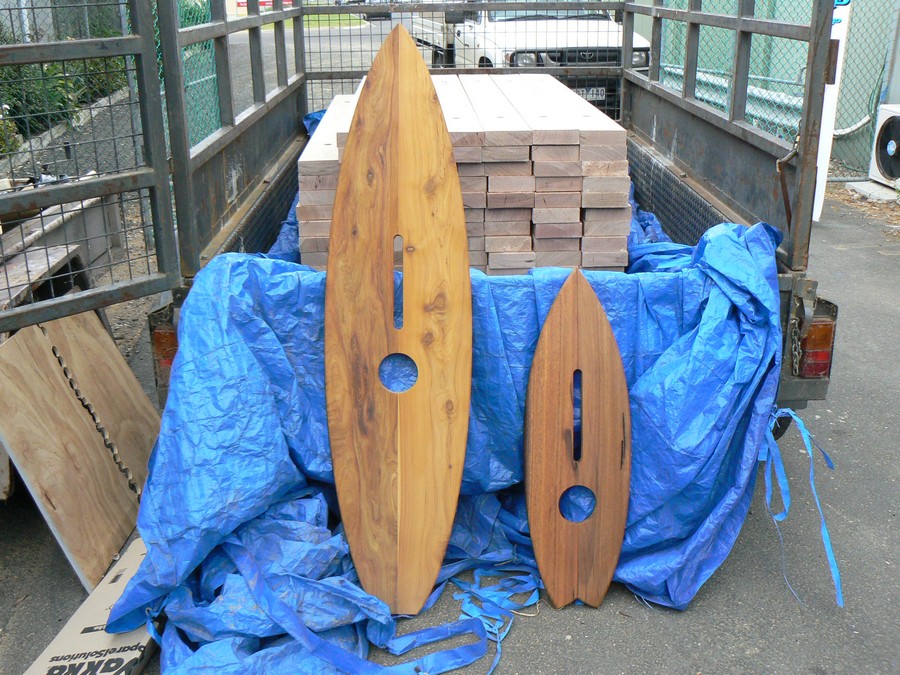 Their will always be debate on shaping machines versus the custom hand-shaped, but for talented people like Simon Forward who have learnt their skills the hard way, its simply a matter of looking after every customer and satisfying their individual needs. 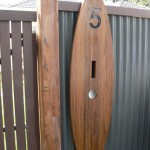 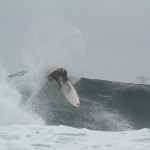 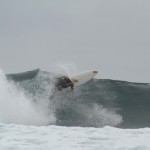 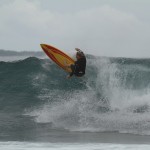 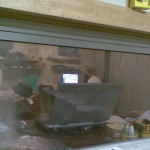 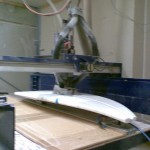 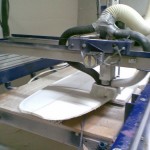 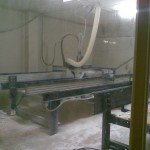 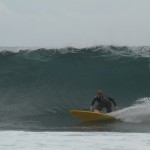 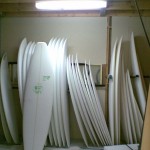 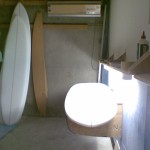