Way Back When with Triggs | Ep 7 | Trigger Brothers

May 25, 2012Paul TriggerWay Back When with Triggs
Over the past few decades Trigger Brothers has accumulated a large collection of old school photo’s of Paul, Phil and friends from back when it all began! So we decided it’s time we get Paul to write up a short story about some of these classic moments in time… from local sessions and state titles to random road trips across the country.
Trigger Bros.

Muttonbird recently e-mailed this great image of the late Bill Weir in his 80’s returning from a paddle out at Parkdale beach. With over 40 years of surfing on the Peninsula, Phil and I rate Bill as one of the most endearing characters we’ve ever had the pleasure to share a wave with. Take a magnifying glass to the image below and check out some of Bill’s great use of imagination and ingenuity in customizing his surfing gear.

Some of you may remember him by the nickname of gym boots or sand shoes and although he didn’t boast a surf comp record he was the quintessential lovable legend of surfing on the Peninsula. 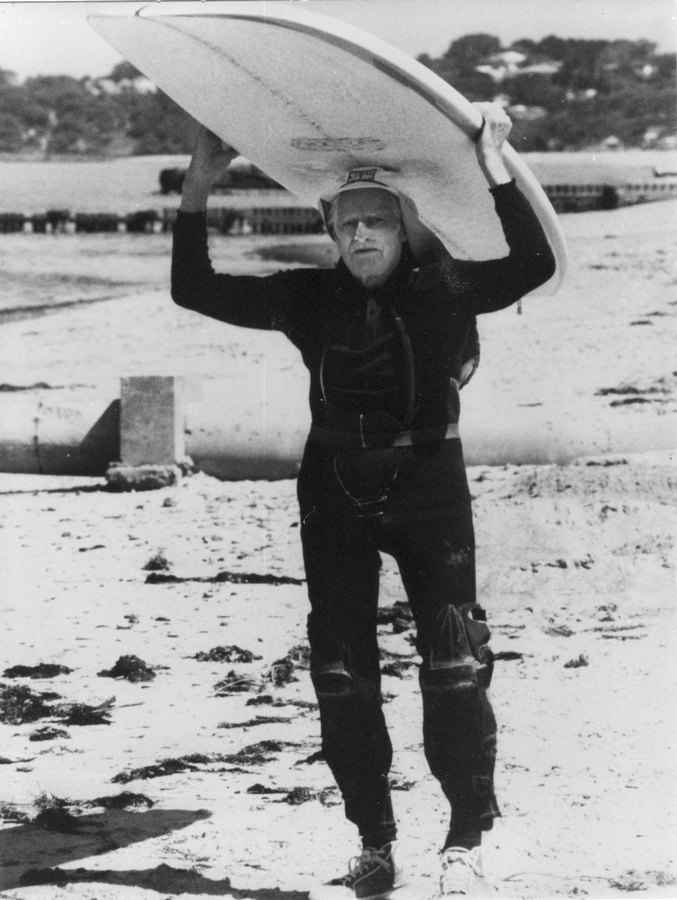 This is peg legs mate and Parkdale legend, Bill Weir, known to all as rubber man.  Note the early seventies version of the bootie, old gym shoes.  Note also the legionnaires hat (which had a block of soft foam glued to it). Would have loved to have a photo of the two of them surfing the Pines.
Ian Lording
Way Back When