July 5, 2017Paul TriggerWay Back When with Triggs

The Victorian Manufacturing Titles was the brainchild of Peninsula surfers Ian Weir and Bazza Burns. The innaugural event to be conducted on an East Coast surf break. All the major Victorian surfboard manufacturers (Island, Balin, Rip Curl, Water Cooled, Strapper and Oke ) with most of the State’s best surfers attending.

Some members of Team Trigger were still smarting after the loss of the State Teams Titles at the same venue a year earlier and as Trigger Bros Coach/Manager and Motivator I was determined not to experience another humiliating Loss!

Fortunately the surfing talent available for our team selection was at that time enviable. The Bros. stable was unsurpassed for contest experience, depth and downright animal competitiveness and in 1986 was arguably at a peak. 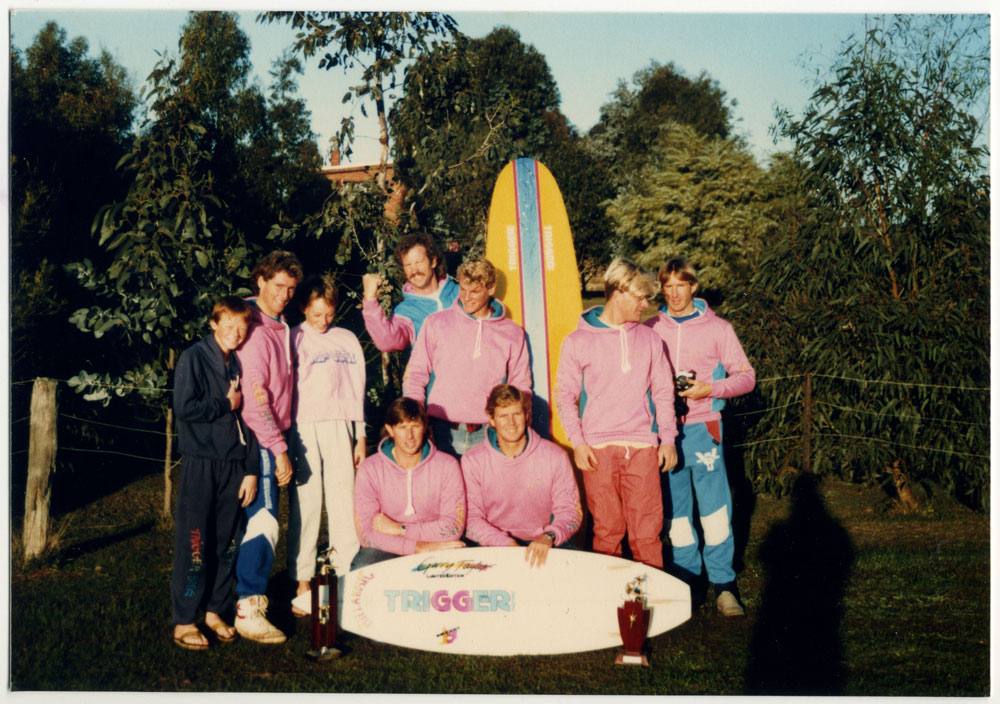 Even though our team consisted of vastly experienced contest surfers, in order to succeed we were very much aware that consistency on the day would get us the first Manufacturers Holy Grail.

For the uninitiated getting caught up in too much aggressiveness, nervousness or pressure and not enough awareness of time and quality wave selection can all too easily wind up in a poor result. Simply falling off or not completing a manovre can see the remaining team members chasing opponents and playing catch up. It’s all too easy to lose points, but very difficult to claw them back.

I was quietly confident and the mission statement to the team was to establish an early lead and maintain that winning momentum.

On contest day Suicide at Pt Leo was the chosen location with 1 to 1.5 meter peaks that required controlled patience, some local knowledge and to a degree some luck. Our expectations were high but my concern was over-confidence, lack of discipline and would Bazza execute a costly penalty by dropping in!

Before each Trigger Bros. Team surfer entered the water a quiet 2 to 3 minutes was spent concentrating on the task at hand. In reality there was no need to worry. The boys won early and maintained a strong assertive lead all day, even as conditions deteriorated.

At the Dava Hotel, Team Trigger were presented with the Manufacturers Title. It was a day of jubilation on a number of fronts. We had won, Phil shouted the beers and Bazza didn’t drop in. Success then transferred into excess and a good night followed.

With no real takers on a Manufacturing Championships in the following year, Wilko took it upon himself to award the magnificent Perpetual Trophy to the Trigger Bros. and had the trophy engraved for the next 7 years. Some 15 years later a Manufacturing Title was once again fought out with the winning team of Andrew Everest, Summer Tickell, Mark Harrison, Cal Nicholson, Jon Cleary, Lachy McDonald and Phil Trigger on the Mal. 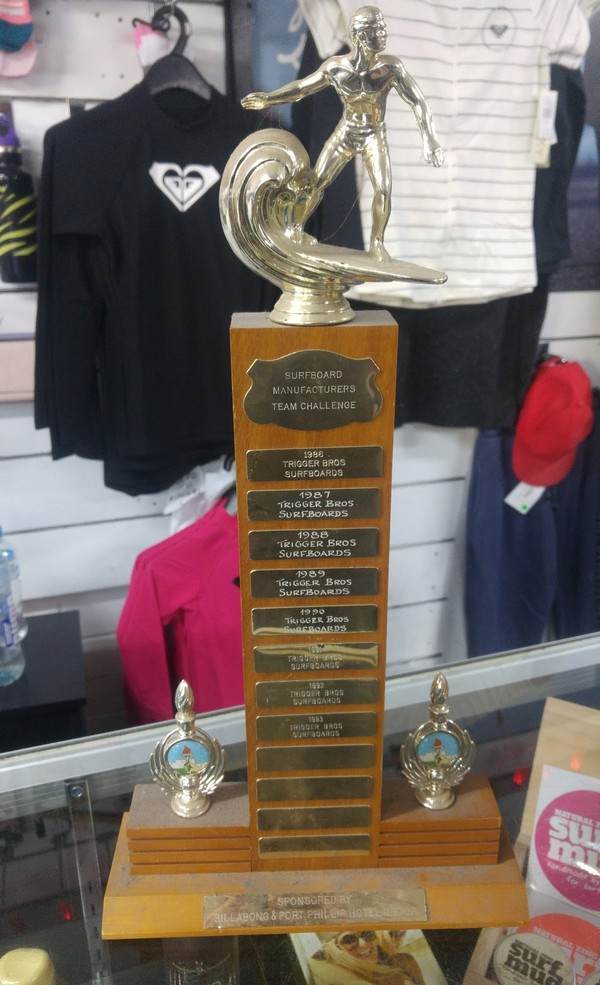 If they’re not going to run it we’re always going to win it – Wilko.

Run down on our Team Players in 86

Steve Wilkinson, Little Harry, Mark McCabe and Bazza Burns were all regular State Round Finalists and represented Victoria at Multiple Australian surfing competitions. Garry Taylor won numerous State Titles, an Aust U15 title and was placed in the top 33 for 2 years whilst competing on the World Pro Circuit. Phil Trigger took out 5th place at the 1974 Rip Curl Easter Bells Comp and still competes at National events to this day aged 66. Our kneeboarder Peter Schuster had a very successful affinity with H2O. As a surfer he twice competed at the aussie titles, once at Margaret River and also at Phillip Island. 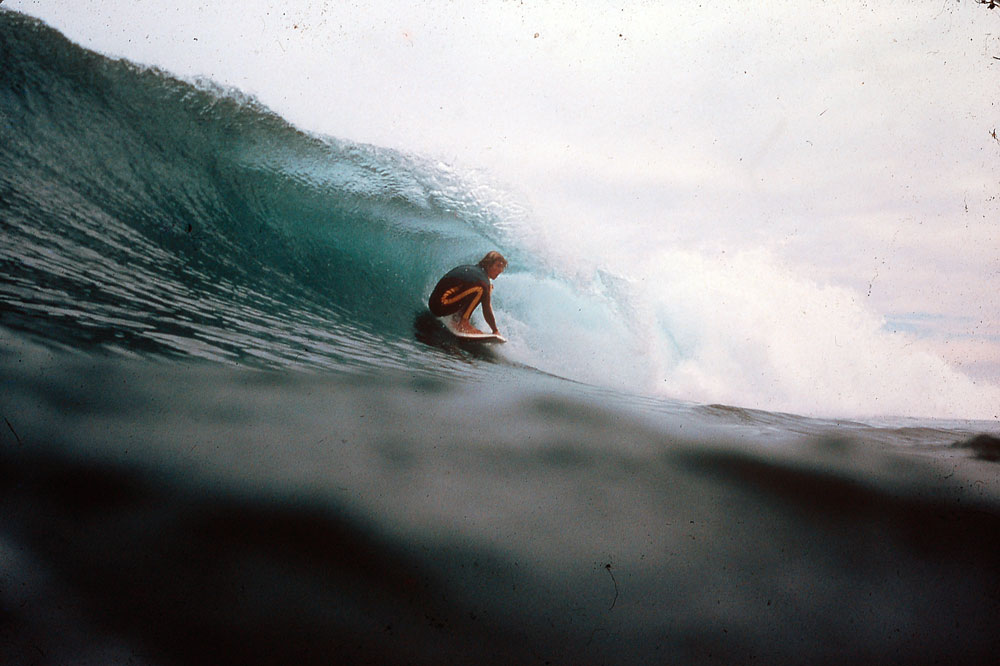 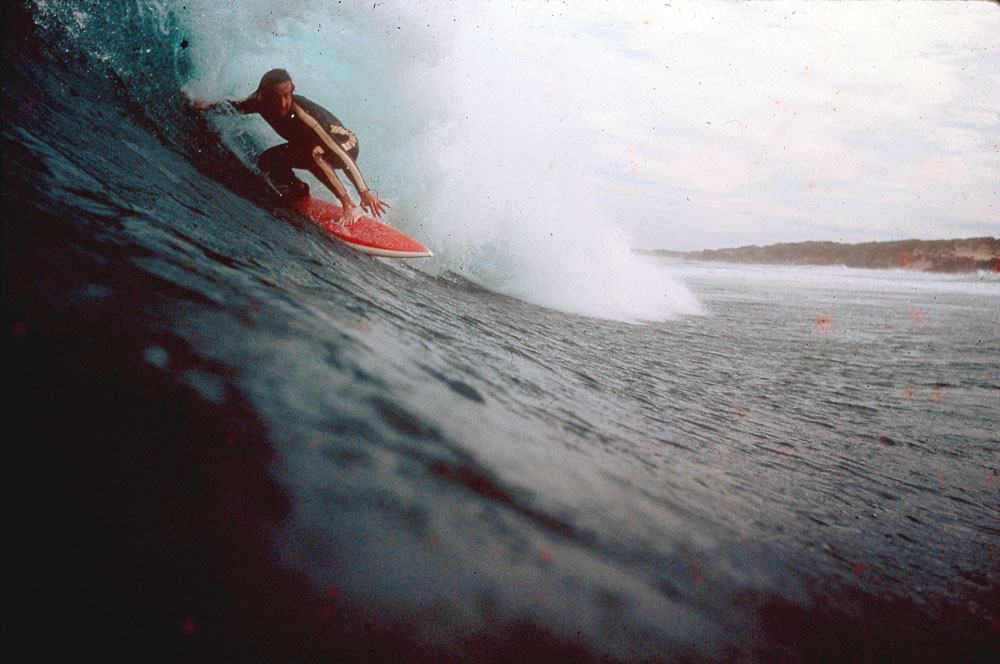 In 1972 at the Australian junior Swimming Championships Peter won a silver and a bronze medal in freestyle and butterfly which placed him in the Aust Squad and again made the Aust Swim Team in 1973.

1976 Peter crossed over to salt water where he won the Victorian Iron Man Event.

Peter Wilkinson was our coach who put together the above article . He competed at numerous Aussie Titles as a kneeboarder, was Head judge at the Rip Curl Easter Bells for some 10 years and was a key person behind the rise of Trigger Bros Surfboards. 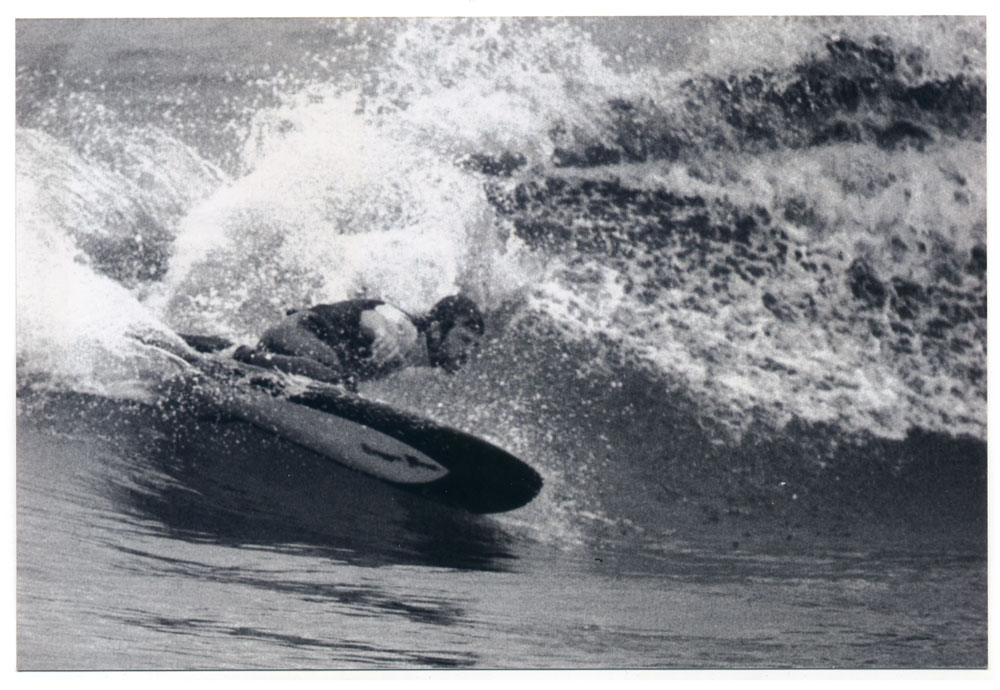