Way Back When Ep 26 – Wally Tibballs

November 26, 2016Paul TriggerWay Back When with Triggs

Our good mate Alan. Wally. Tibballs an elite sportsman in every sense of the word.

Before an illustrious career in the waves he was a Victorian Pole Vaulting Champion and a very good country footballer for the Bonbeach F.C. with I am told a leap like Jezalinko. Alan followed in his older brother Colin’s footsteps, Big Col being a very handy ruckman for Edithvale and Alan played the same position in the U15’s. For some reason he switched clubs to Bonbeach in that very first year(even he doesn’t know why) narrowly missing out on the Competitions B and F by 3 votes having only played some 10 games at each club. In later years playing seniors the two brothers teamed up for a couple of seasons at Bonbeach.

Even before Oke surfboards started up opposite Edithvale Railway station the area had a very large group of keen surfers ( The Grace Bros, The Turners, The O’Hallaran Bros and Terry Jackson (Jacko-yak)) many of whom helped to form The Suicide Savages. Col joined this group but often his board would go missing as Alan sneaked off to ride the Ripples in Port Phillip bay.

Wally continued to juggle his love of surfing with footy until 1978 when he returned from the Margret River Aussie Titles in May having placed a very commendable 5th in the Open final and then played the remaining games for the Beaches. Another Peninsula Footballer (265 games for St.Kilda) who also loved to surf was Gary Colling from the Frankston Bombers. Alan’s growing notoriety as a Peninsula Sports identity led him to call his cat Wally Tibballs.

Alan’s passion for surfing saw him concoct all sorts of illnesses on a building site to grab a ride with Phil and I as we headed to the coast. When he was laying the roofing iron on the Nylex Factory building beside the Frankston Freeway it took very little to coax him down from 2 stories up and his excuse to the boss related to dramas with his ears which later also helped him avoid National Service.

Alan was a radical Goofy Footer with the ability to surf extremely vertical on his backhand similar to both Wayne Lynch and Col Smith of Nth Narrabeen. In fact as part of the 1976 Easter Bells Comp he tied with Col for the Most Radical Re-Entry Award. Added to that repertoire he was also a big time Tube Hunter, a seriously strong paddler and could build speed like the road runner. 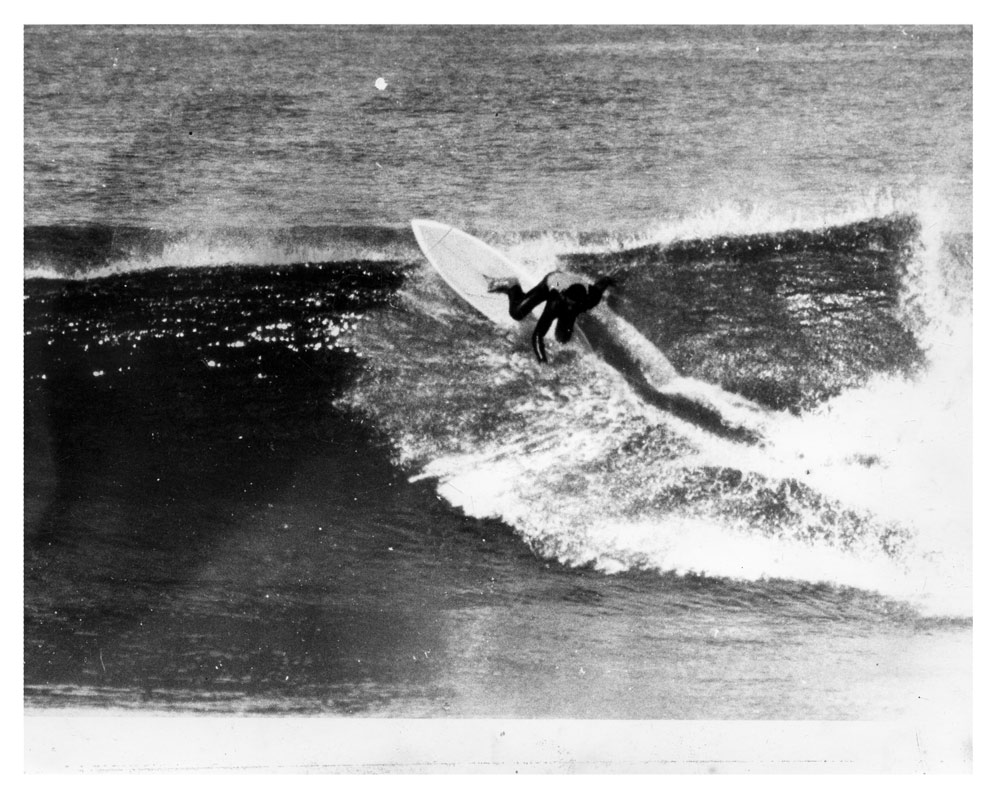 Before Pumping Station was ever ridden he would get very excited as we drove past it but we always convinced him it wasn’t a rideable break, just a fast closeout onto a bunch of dodgy rocks(Boags Rocks). How wrong we were as the Kombi van passed on by to one of our favorite right handers (OPS).

Lee Hudson of Pt Leo recalls watching from the shoulder at Cape Schanck in 10ft plus surf as Alan took some huge drops on a very short board then repeatedly without hesitation headed straight back up the face for a big arc off the top. Legend has it that he rode a 4ft 11 Oke Twin Fin in waves up to 15ft at The Schanck. He definitely had a go for it attitude and taking risks has always been one step on the ladder to improvement.

While I was doing a two year stint at Frankston Teachers College Wally would pop in and we would hang out in the Gym before a surf trip. His favorite apparatus was the Olympic size trampoline. He was the only person I ever saw repeatedly touch the ceiling, unfortunately though the last time he attempted this feat he momentarily grabbed the steel rafter causing him to return to earth off center where by he was cannon balled sideways some 15 to 20 meters hitting the far wall in full flight. Phil and I watched like stunned mullets, it was an incredible performance from the Rubberman, one we will never forget. Alas not a bone broken and straight up from Wally “Right Lets Go Surfing”. 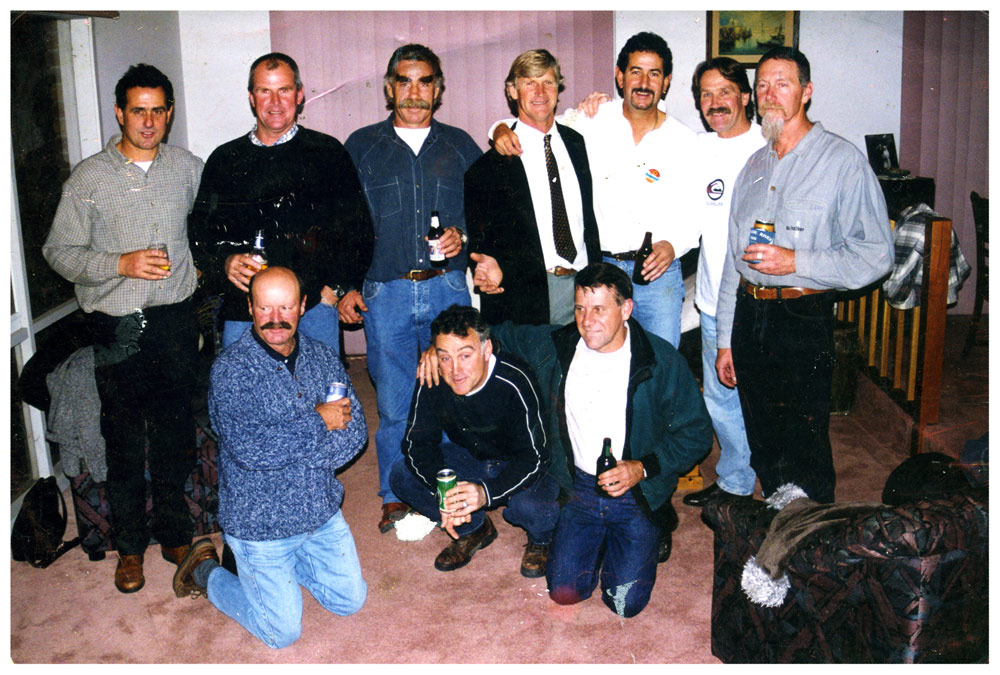 He was always good fun to head off to the coast with and lived only 5 minutes up the road so I got to know his Mum pretty well, but unfortunately his gorgeous sister Gail not well enough. On Wally’s behest I did take her to a Teachers College ball only to be told she was getting back together with her ex. Thanks Tibb’s.

Our Man Tibballs was always up for whatever adventure might come our way and those early 70’s produced plenty as we searched for new surf spots. For our trips into Quarantine we were set back to walking once our boat was destroyed in a storm while moored at Portsea. 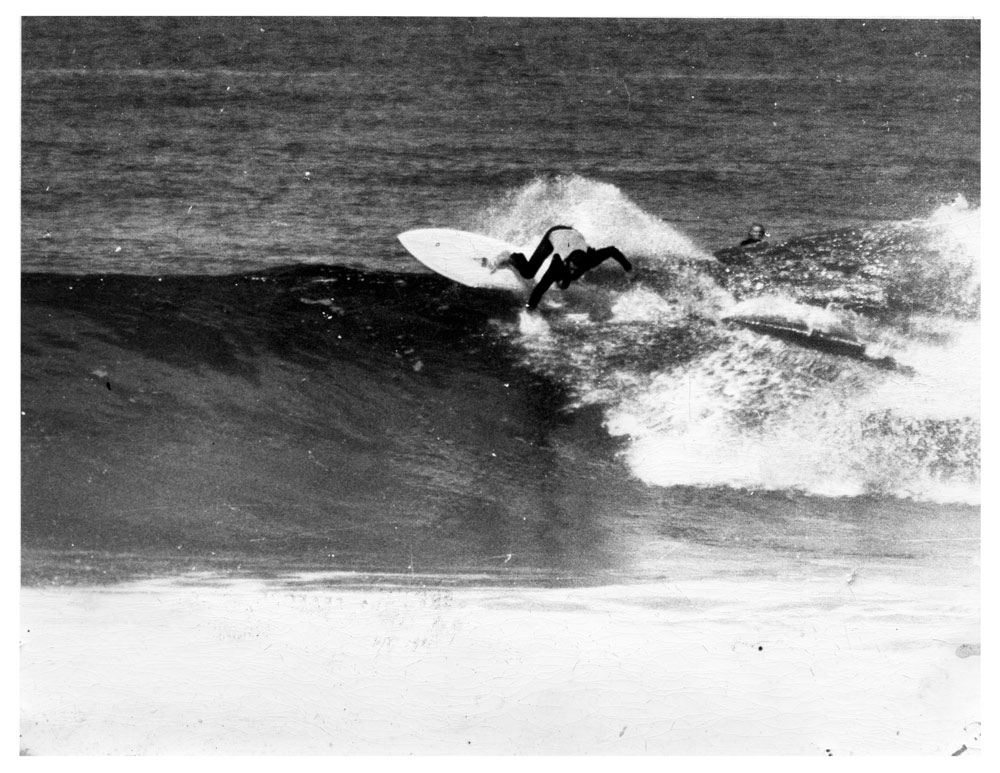 Alan, Ted Bainbridge and local surfer Jeff Coker were always keen to surf the Heads but the Base was littered with army personal who took pleasure in making the journey a hazard with their unexploded bomb signs, barbed wire and rifle range set above Singers (now called Spooks). On our first walk in they actually fired the machine guns unknowingly over our heads. I guess that’s why there was the barbed wire and NO TRESPASSING signs up.

We would sneak in via the back beach then up the cliffs and seek the road for an easier pathway to paradise. 4 to at the most 10 Eastcoast crew in the water, with an occasionally visit from top Westcoast surfer Ian (Ducky) Duckworth in his tinny from Queenscliff surfing World class waves. On many occasions we were caught and after all those hard yards bundled into the back of a truck and escorted off the barracks. What was notable was that Alan was always the last survivor. He would run like hell diving fearlessly head first into the bushes with his board under his arm. The old sergeant would be screaming for him to surface but Tibbs remained defiant, in his own way a soldier to the end.

Alan loved to help and encourage young kids with their surfing. Long before The Trigger Bros Surf Groms he was running some local kids Events at Somers Creek where he was based for a few years. This was in the mid seventies and he even made the trophies. 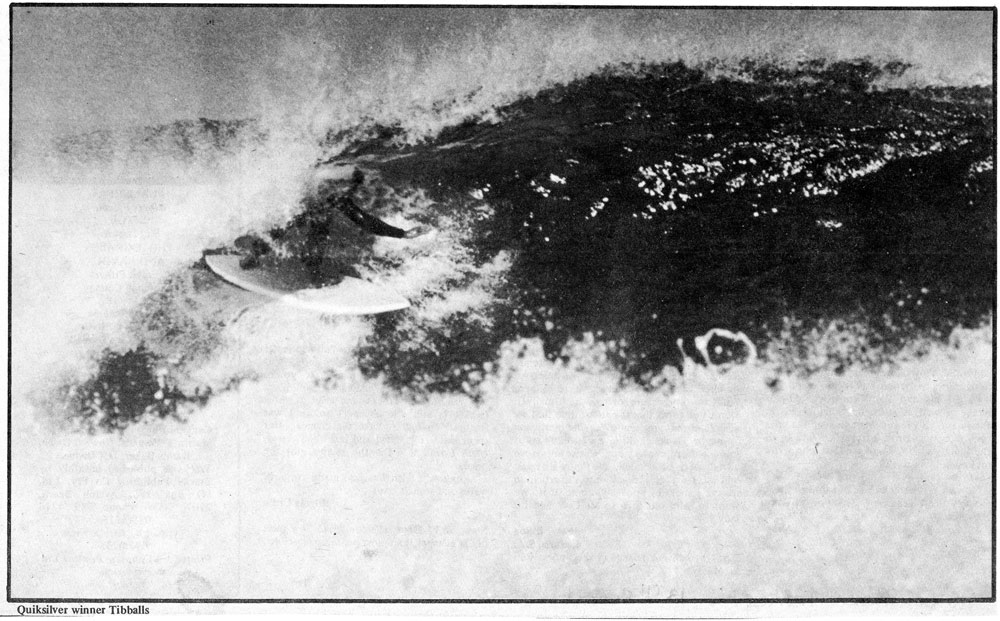 One of Wolly’s painfull issues he had to manage over a number of years were the worst sea ulcers I have ever seen on anyone’s feet. At times almost as big as a 10 cent piece on both feet yet nothing would stop him from missing a good surf. I am sure wetsuit boots would have helped but I could never convince him. His go for it attitude paid off big time when he won the 1976 Quiksilver Trials at Bells. This event, currently replaced by the Rip Curl Trials, selects just one surfer from the hottest up and comers to gain a wildcard into the main event. From my vantage point Alan literally murdered his opponents with sheer brilliance in perfect 6 to 8ft Bells corduroy lines thru the bowl. Even though he wasn’t on our team at the time we were still very proud of his achievement and there was definitely no luck factor involved. To put this great win in perspective Garry Taylor is the only other Peninsula surfer to achieve such a feat.

Locally Wally was dominating at the Peninsula Boardriders Club comps winning in 1977,(triggs 78), 79 and peaking in 1980 with a win that set him up in really good form for a crack at the Vic Open Titles once again at Bells and the annual event we all dreamed about winning. Just like 1976 Alan produced a flawless display of vertical backhand surfing to make it easy for the judges to hand him the 1980 title.

Alan’s Free surfing was at such a consistent high standard that he was able to compete at that same level more often than his opponents. He rarely fell even when his board was well above his head and these skills surfaced with additional outstanding performances in the late 70’s namely a 5th in the Open Mens at the 1978 Margret River Australian Titles followed up with a 6th place in the 1980 South Australia Titles. 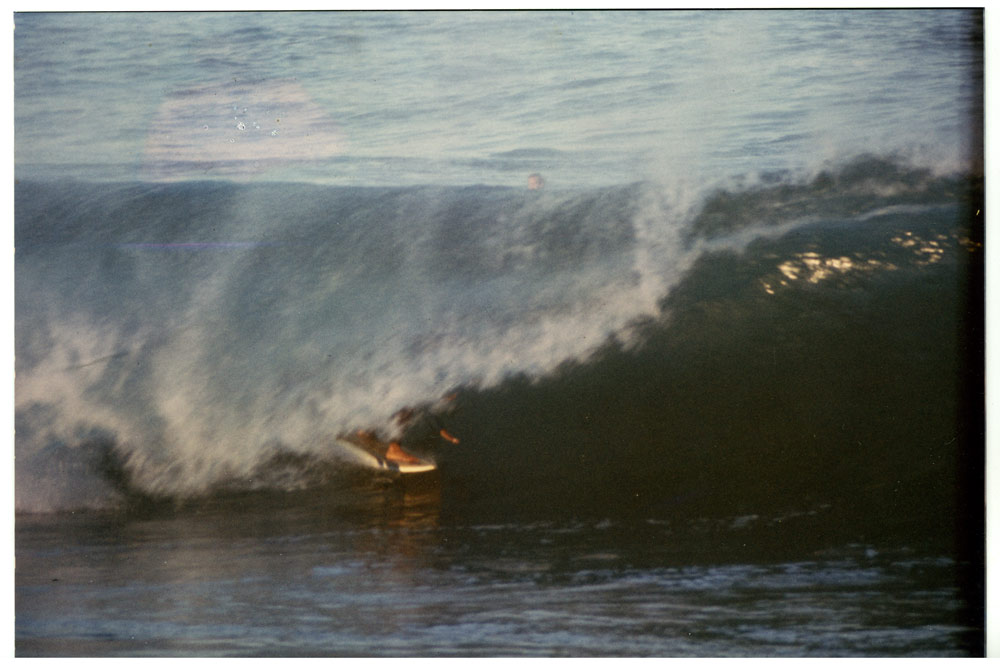 Following nigh on 10 years of competitive surfing Wally turned his passion to raising and supporting a family. He became that seldom seen figure who could still rip it up but would rather take his kids and others to the beach. As an accompanying parent supervisor he never missed the Boneo primary School excursions to Wilson’s Prom where he could pass on his board riding skills and Ocean experience. I am proud to say he still rides a Trigger Bros surfboard and though He and Ros are difficult to drag away from the music festivals they love, I will be keeping an eye on the Fingal lineup for a flashy surfer still in great shape.

Summing up I would rate Alan as the best Victorian surfer outside of Wayne Lynch for the 70’s period and next to Garry Taylor the second best surfer ever to come from the East coast. In my eyes he sits comfortably in the top 10 of all time greatest Victorian Surfers which is not bad for a skinny kid from Edithvale who grew up with a love for riding waves on 10ft mals then followed thru the evolution in surfboard design riding single fins, twinnies and thrusters. If he was a surfer of todays generation he would surely be the high flying upside down inside out aerialist.

Today Alan lives quietly with his wife Ros at Cape Schanck , they have two daughters Kim and Peta , plus a handful of grandchildren.