Way Back When Ep 25 – The Peninsula Boys

November 14, 2016Paul TriggerWay Back When with Triggs 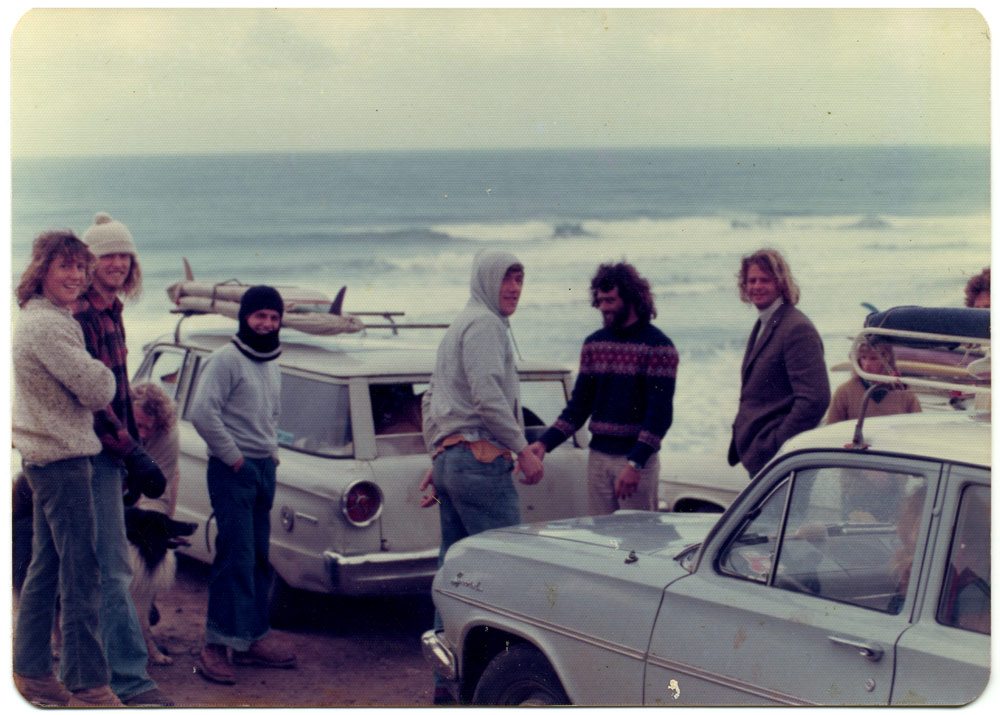 Baby faced Steve Wilkinson was just learning the competition game at the time of this snap, but before too long he was a regular finalist in the Open Vic State Rounds, an Aggregate champion as well as a Peninsula board riders Crown came his way, and he also took a turn as Club President. Along with many other Peninsula surfers he also played some good games of footy for Red Hill before a broken leg ended his career. He is now a school principle and lives a stones throw from the waves at Pt Leo. His latest passion includes two imported surf buggies, a Thunderbird and a magnificent Corvette.

Wild Man Wilko at the time of this photo was just a couple of years into a career at Trigger Bros much to his Fathers disgust. Pete was way too smart to shape and polish surfboards but it was the seventies and all common sense was thrown to the wind in the search for good vibes in the Ocean. He was a fierce Kneeboard competitor representing the state on numerous occasions while his skills at organizing judging panels led to the position of Head judge at The Bells Beach Rip Curl Pro for almost a decade. Crook shoulders see’s Pete launching his tinnie and fishing the spots he once surfed.

Matt Anderson, soon to become Pete’s brother in law, a fun guy, solid surfer, but on one trip to Phillip Island was lost only to be found years later converted to Islandism by a local church going farm girl.

Phil Brain member of the Trigger bros surf team. A regular Junior finalist, second place to Cocky on many occasions. Phil became a truck mechanic and fellow music lover with Razzle our polisher. Sadly both have passed away from cancer.

Simon Rice started with the Bros gluing up blanks and polishing the boards. An exceptionally hard working fun loving guy who went on to be President of the P.S.C. and partner in the Peninsula Surf Centre with Ted Bainbridge. Following a fairly short romance, we all attended Simon’s Wedding. A fun affair but by the end of one month the Bride and Groom had split. To this day I am not sure why, however this example of Marital bliss has paved the way for “The Marriage Councillor”. Recent news straight from Simon is that he is currently living with his first wife after a 41 year split.

Russell Davies a Frankston lad who received a PSC Best Clubman Award for his selfless efforts in the early seventies. He chose to follow the sun Endless Summer style and has only just recently re-appeared locally after a lengthy stint in Bali. His 3 brothers Scott, Brett and Stewart are a self made success story having taken over their fathers Battery business, building it up, then selling it to the RACV (Battery Assist) which they stayed on to manage. At one stage all the Brothers had a crack at surfing and Scott followed thru to sailboarding.

Tony “Torps” Fowler was a Trigger Bros Team rider in the early days. His daily journey to St Bedes saw him dropping in at the Chelsea store on frequent occasions to check out the latest boards. By the time he had reached adulthood he had developed into a serious big wave rider culminating in winning a Bells Beach Conservation contest when experience counted. He was a leader in the PSC taking on the Presidency and many other positions during the mid seventies to eighties. Finally the lure of The West coast was too great and he moved his electrical business to the outskirts of Torquay. The Peninsula boys have always been welcomed at his small farm where he has set up some shedding to help Maurice Cole manufacture his Surfboards in a peaceful environment.

Mick Schaffer was another Frankston lad who Phil and I occasionally picked up on the way down the coast in the late 60’s. Mick was a very keen surfer who helped lay the foundations of the PSC brick by brick and also served as Treasurer and President. He resides in the Sorrento area where he surfs the less crowded beachies.