October 27th saw the 4th Point Leo Surf Vintage Day which was held in pretty good weather conditions along with over 30 board and memorabilia exhibitors and out for a birds eye view were well over 1000 or more surfing enthusiasts and their families.

All stands were adorned with a wide range of classic boards from vintage Trigger Bros., Oke, George Rice, Pyke, Klemm Bell and Chris Cornell just to mention a few. The Kombi and the Alfa Romeo clubs graced us with their presence and the Peninsula hot rods turned up with some classic roadsters adding much colour to what was a wonderful day.

Rip Curl historian Bob Smith, a great supporter of this day since it’s inception came over on the ferry and displayed the Easter Bells Trophy amongst a van load of other Rip Curl Memorabilia. Bob is a walking encyclopedia when it comes to surfing and many stories and memories were shared on the day. Exhibitors came from far and wide. Graeme Carroll from Crescent Longboarders driving down from the central coast of NSW and indicated it’s one of the best vintage days he has attended. Max Mcfee, Simon Chipper and Peter Chaston represented Phillip Island and brought along a fine collection of surfboards and photos.

Laurie Thompson also came along with a few of his treasured 60’s Okanuis. Local legend Phil Grace arrived sporting a beautiful Micky Dora mal, a unique piece of surfing history which is his pride and joy! The Suicide Savages were there in strength with Jacko and the boys taking on their rightful position overlooking the Point. Ronny Lee not only had a few of the best kept boards on display but also his immaculate split screen Kombi.

The Trigger boys Phil and Paul, the original founders of this special day produced a stand displaying their history dating back to the early days at Point Lonsdale riding their 10ft Gill and Port Phillip Bay days growing up at Chelsea surfing in footy jumpers and later Seabee wetsuits. The Bros also showed their agricultural way of making wax back in the 60’s.

Darren Burford flew down from the Sunshine state to accompany his Burford Blanks stand. Burford Blanks are Australia’s largest surfboard blank supplier to the trade and never sacrifice their quality thus producing a superior product recognized worldwide. Chris Cornell once again shined with his display of vibrant twin fins. He is always a great supporter of this event with 20% of all his sales going to the DSAMP. Most appreciated Chris.

Choc Oke with his son’s Rory and Dan had their usual premium site with a marquee tent set up and the Barbi firing all day. The Oke site was flanked by some beautiful boards shaped by Alan and Neil back in their heyday.

Rod Jones displayed quite a few shapes from the well respected Mick Pierce as Mick could only make a brief cameo appearance on the day.

Ian lording once again was there with his fully restored immaculate HG panel van along with some classic Fred pyke skateboards and a rare Pyke spoon. Ian’s site also boasted a unique Joahana board and a Hot Buttered single fin.

John Jolly once again came out of his Shady Hollow to display a collection of his early boards including a unique example shaped by Wayne Lynch. John even had his first twin fin he made dating back to the early seventies.

The Day revolved around raising money for the Disabled Surfers Association (Mornington Peninsula) and all proceeds where applicable went to what is a worthy cause.

Special thanks must go to John Jolly for manufacturing and donating a beautiful 7ft single fin with a magnificent spray and glassed in Wayne Lynch designed fin.

Mick and Jack Case donated a 9ft mal and a classic Ian Cochrane shaped Trigger Brothers single fin which was fully restored at no charge by Al Francis. All items were auctioned off which resulted in a total close to $2000 to help the DSAMP with their ongoing important cause.

A huge thank you to Tony the ranger of the Point Leo Foreshore and his staff who ensured all facilities, parking and camping.

I’m sure all who attended had a most enjoyable time and for those who missed out stay tuned for the next Pt Leo Vintage Surf Day.

YOURS IN SURFING
PHIL NEWMAN TSA

It constitutes about 4 trailer loads and at least 3 days preparation to get the Team Trigger Show on the road. Phil and I would like to sincerely thank those who helped lighten our load.
Well done to Mr Mover Shaker Phil Newman for once again being the key to such a successful Vintage surfboard event. The only thing he can’t control is the weather though I did see him kneeling at one stage.

Thanking You,
The Bros 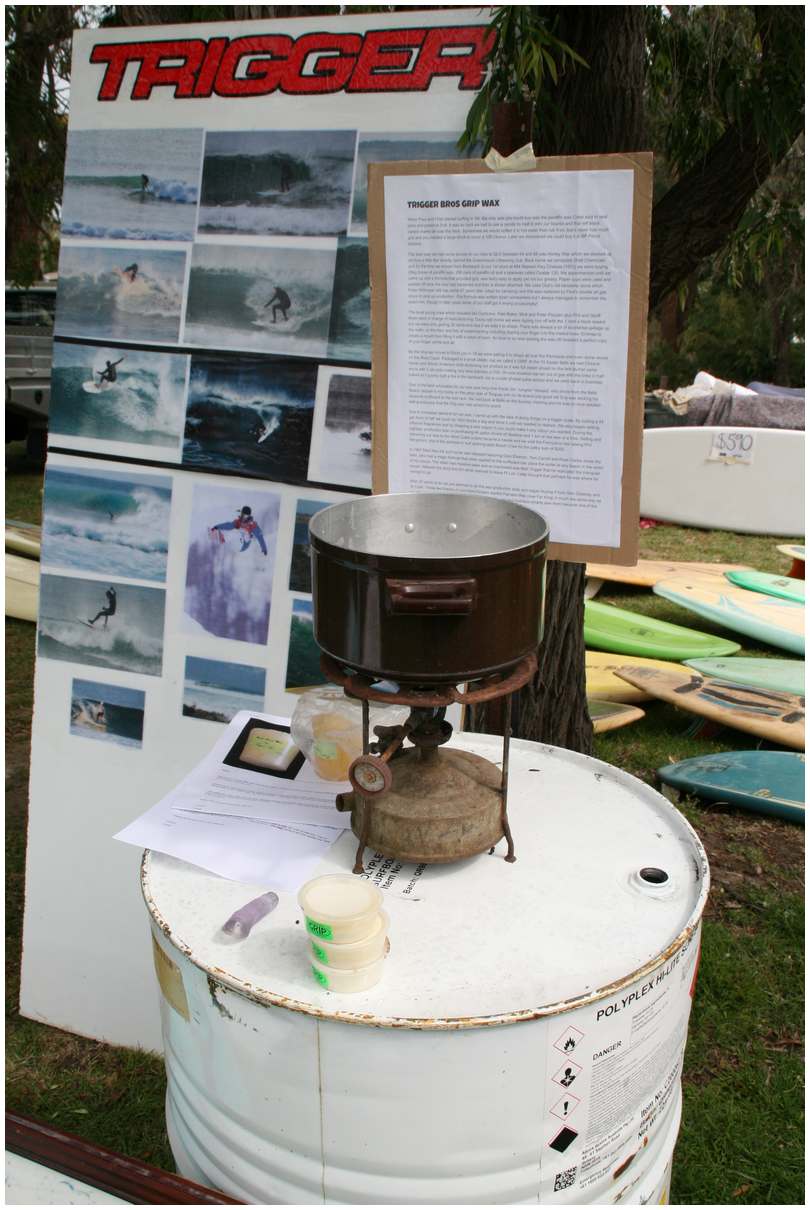 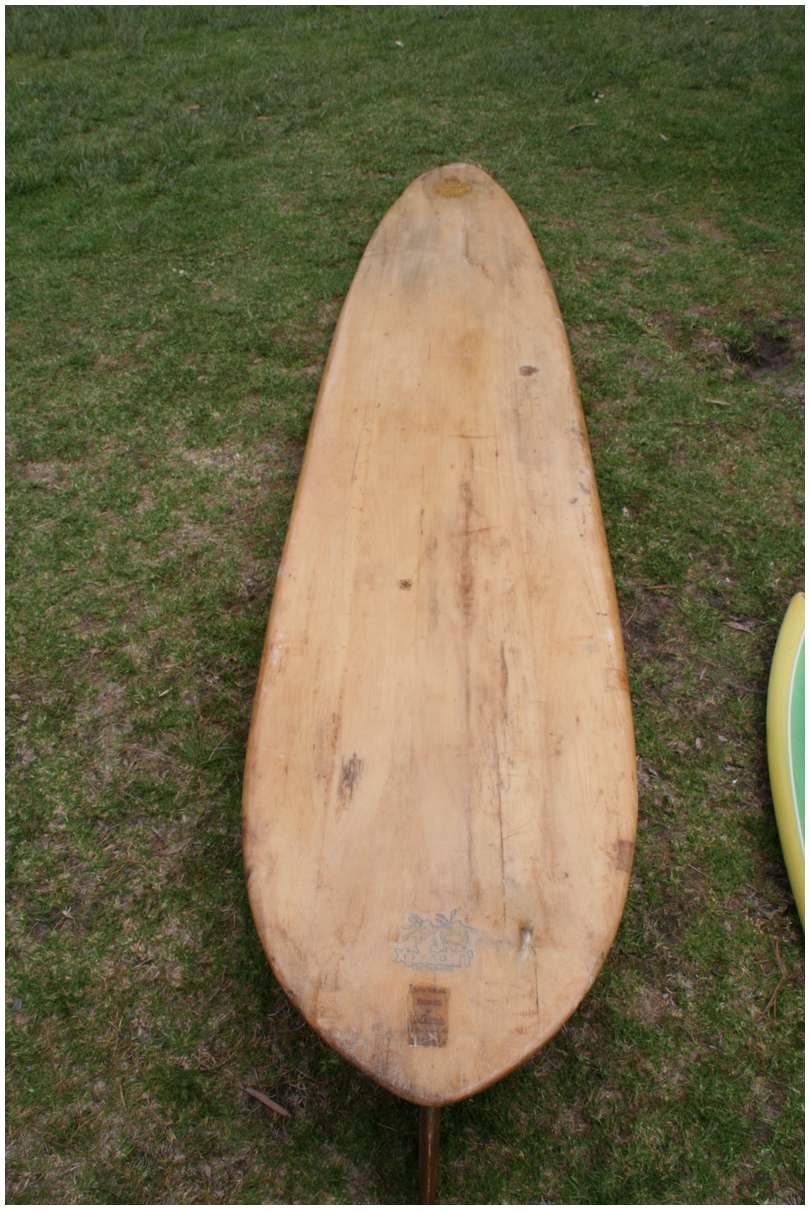 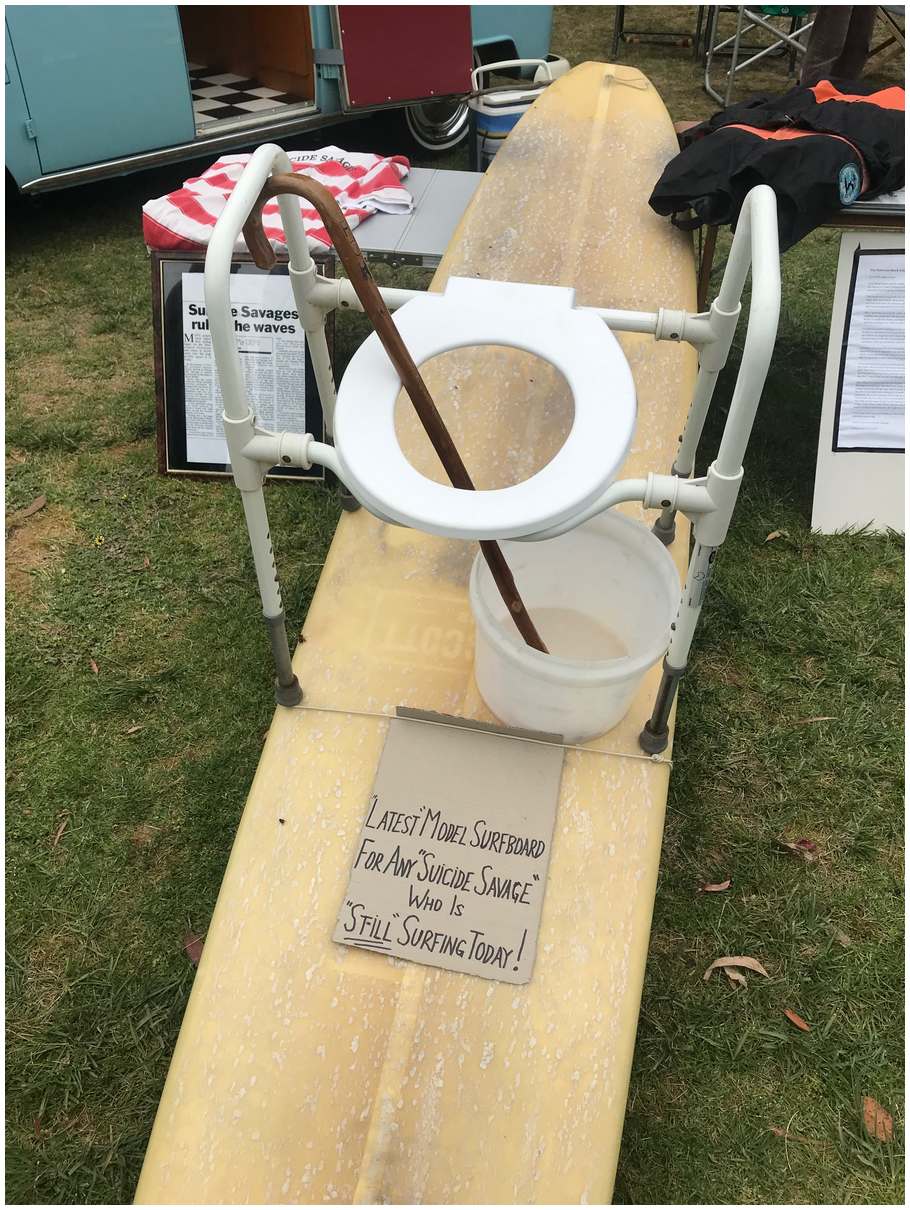 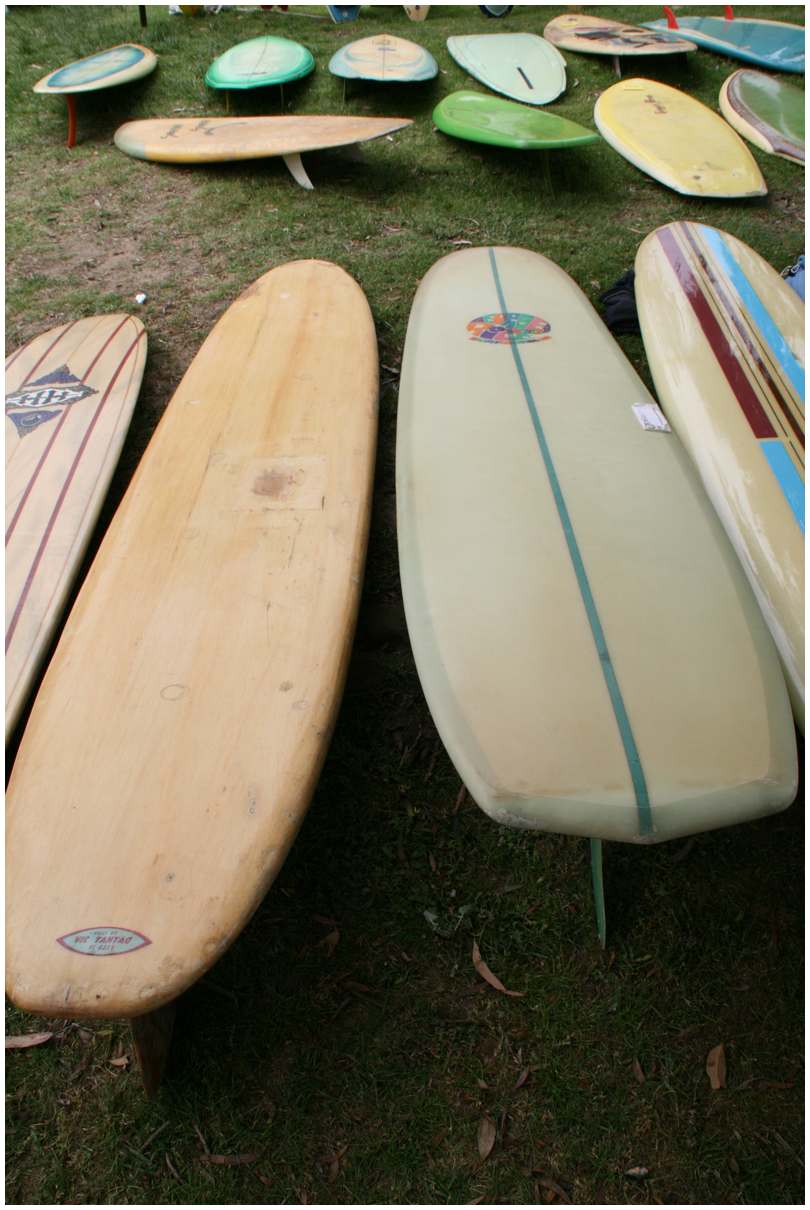 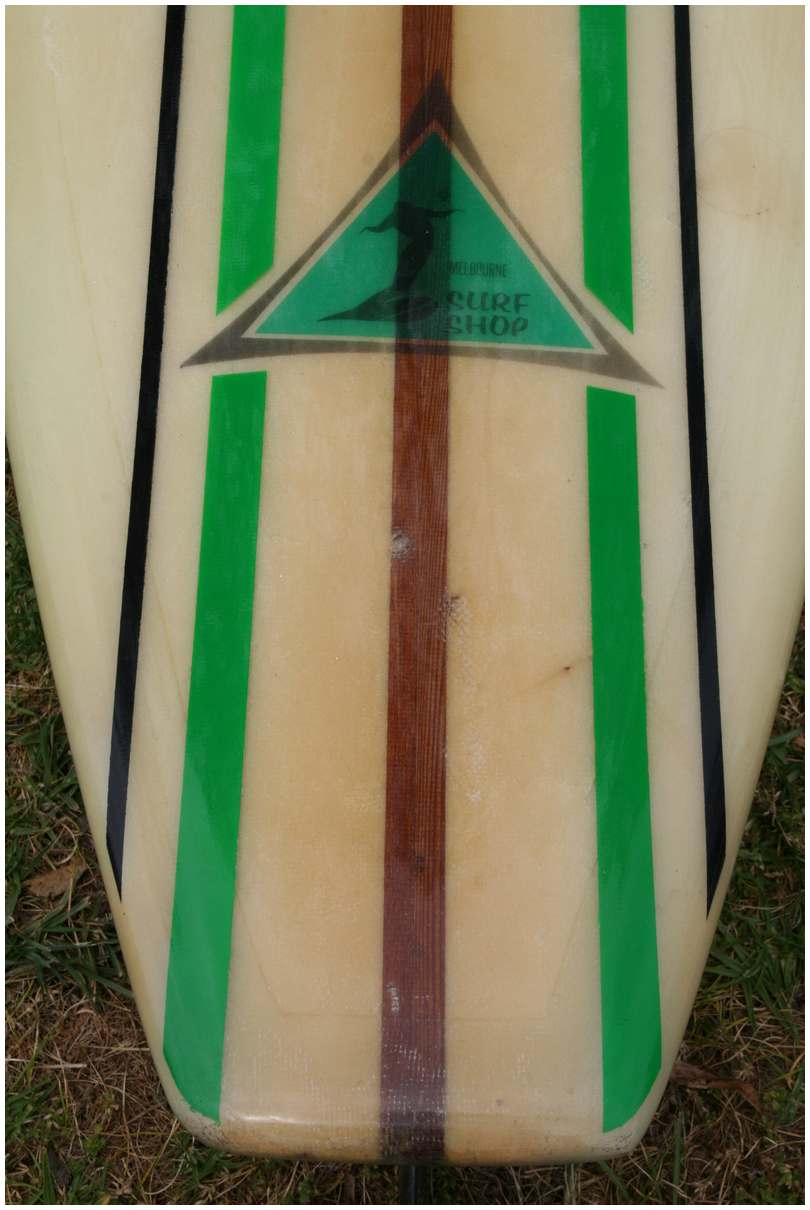 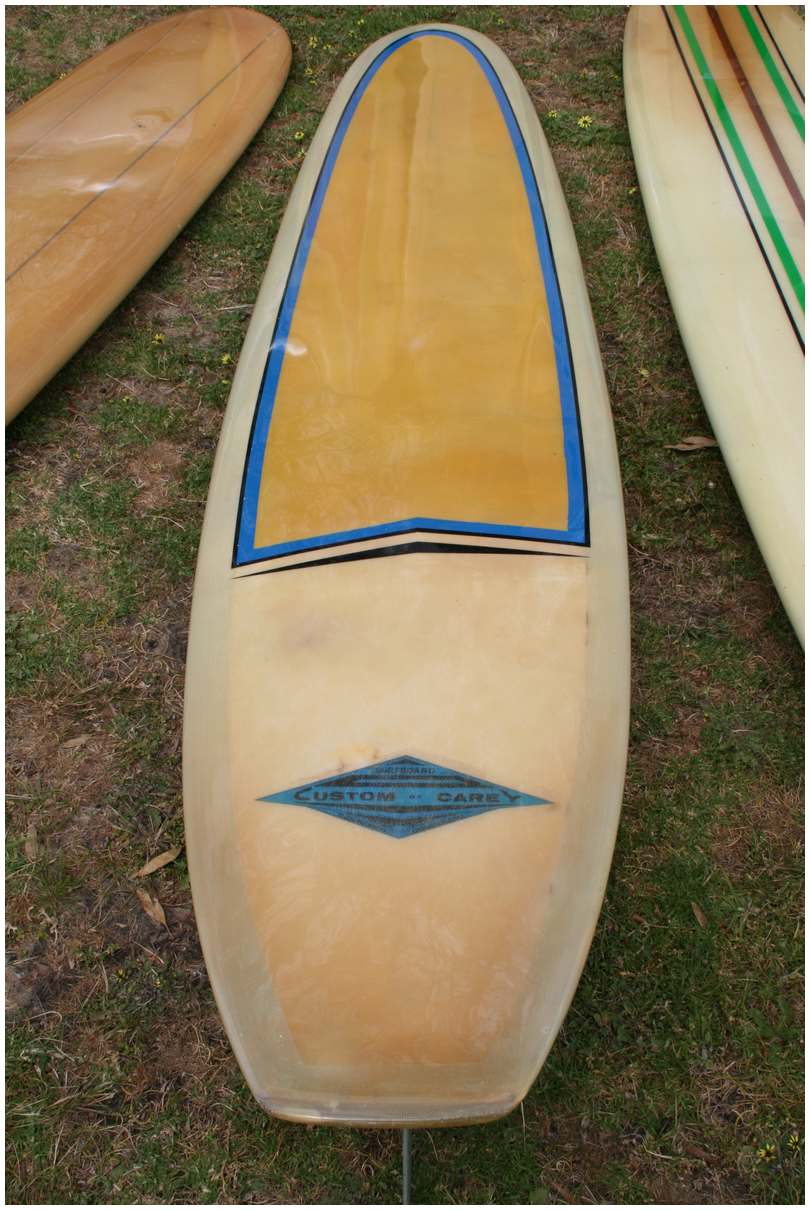 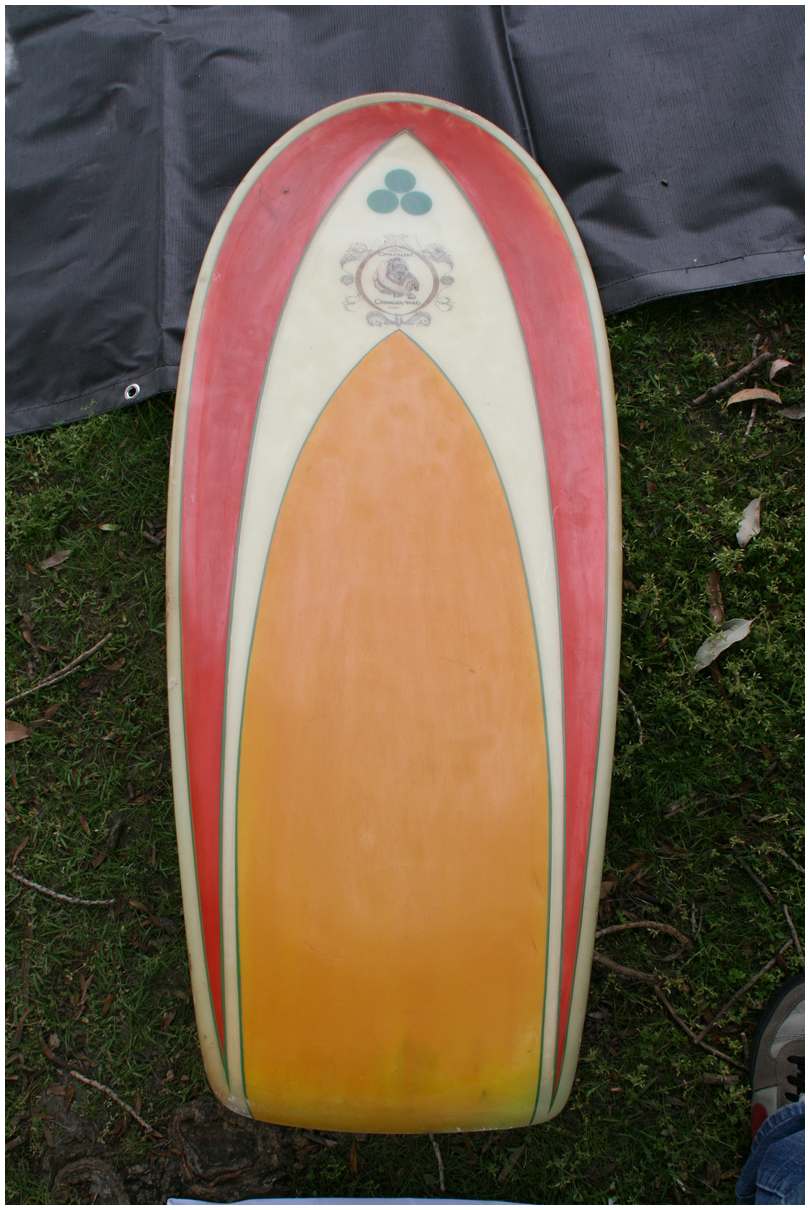