Sunday the 12th of November saw the running of the third Point Leo Vintage Surf Day, this year organised by the Mornington Peninsula Branch of the Disabled Surfers Association (DSAMP). The aim of the day was to raise money for this wonderful cause who bring great joy to many people with disabilities by making a dream come true by helping them to ride a wave or two.

The day kicked off at 7.00am with many exhibitors, DSAMP volunteers and foreshore staff arranging sites and directing traffic to ensure all was right for the public who arrived from 10am onwards. The gods once again blessed us with beautiful sunny weather, which helped draw in between two to three thousand visitors through the gate, keeping Tony the ranger and his staff extremely busy. With over 30 vintage surfboard exhibitions and other surf related stands on display the day got off to a great start. The VW kombi club ran a cavalcade down Pt Leo Road, which was more than impressive! Many thanks to John Stevens and club members for attending the event – it kicked off what was an exciting and colourful day with style. 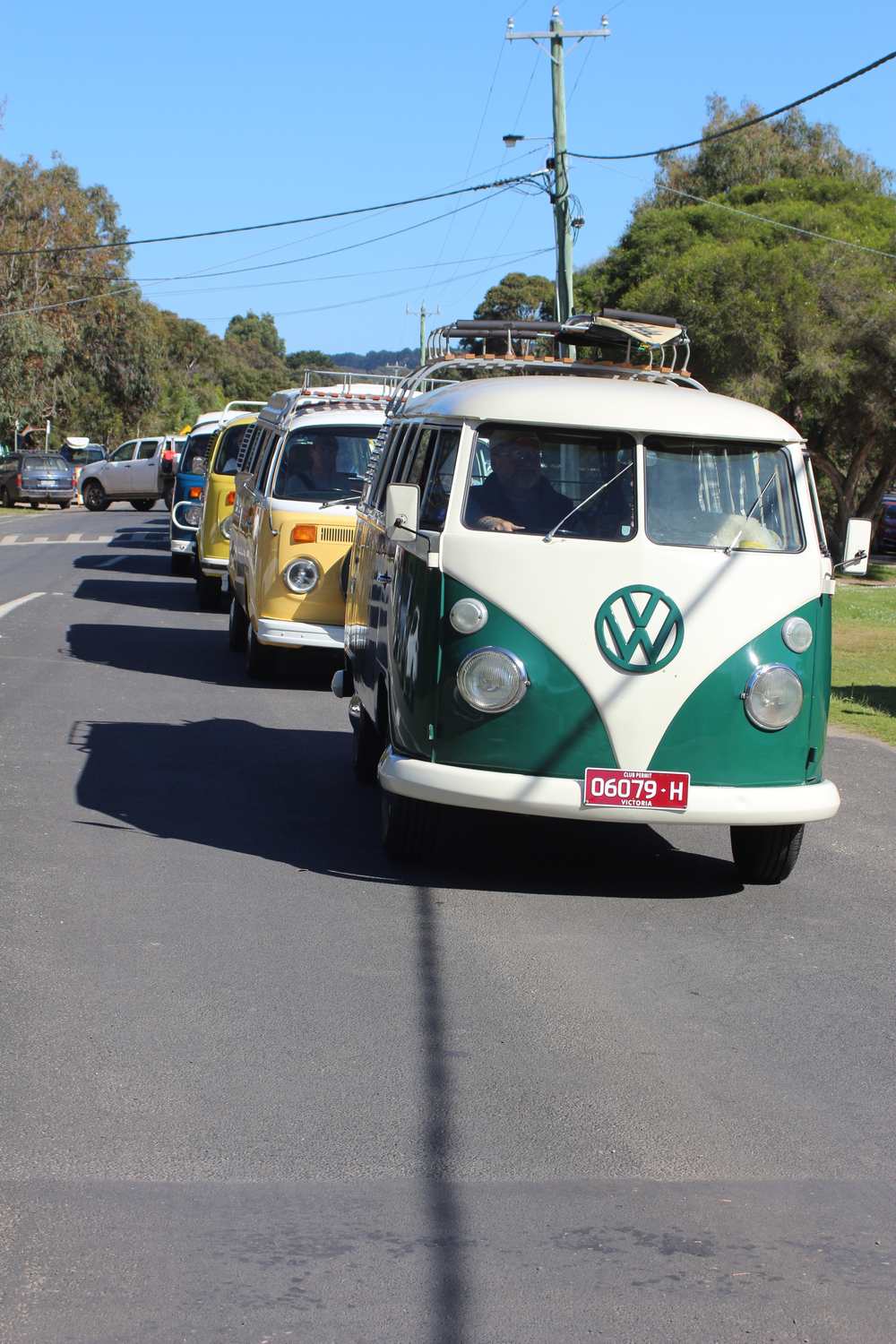 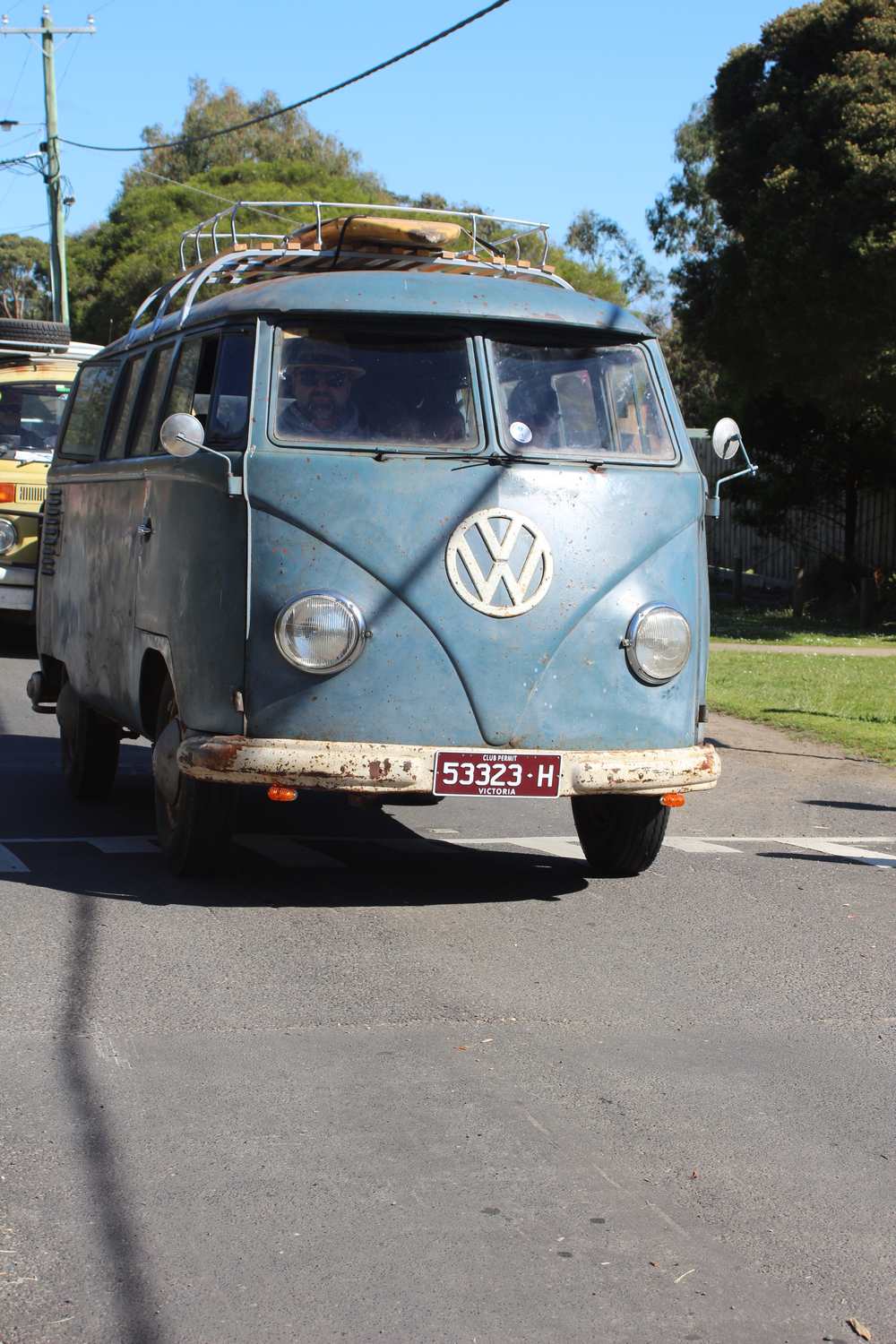 Many serious collectors, shapers and surfing identities travelled from interstate and were not disappointed as they caught up with old mates and went over old surfing stories, reliving their younger days on the Peninsula.

The Suicide Savages took great pride in claiming their spot adjacent to the point lookout as they did in the early 60’s, led by none other than Jacko ‘The Mountain Yak’ Jackson and Ronny Lee, with his beautiful showpiece kombi.

The Maladiction boys were there in strength and serious collectors Simon Chipper and Max McPhee made the trip from the Island to display some unusual vintage classics.

Bob Smith, Ripcurl’s resident historian and legendary vintage board collector, made the trip across the bay with the holy grail THE BELLS BELL ! Many of the public managed to get a snapshot with this piece of surfing history, which is usually under lock and key at RipCurl Torquay. Thanks Bob – it was one of the highlights of the day.

Many avid collectors lined the grassy knoll with John Jolly coming out of Shady Hollow to show his collection of SH classics from his first twin fin to some of his early boards shaped down at Point Leo.

Neil, Dan and Rory Oke set up their huge marquee barbie and had some wonderful boards on display and for sale at very competitive prices .

The Triggers stand was alive with history and stories about the old days surfing the Peninsula and the early challenges of being a board manufacturer. Even an early attempt to make wax by boiling it in a pan on an old gas camping burner was on display, along with some of the early boards dating back to the days in Bonbeach and Chelsea. The boys also set up a Peninsula shaping history tree showing who taught who.

Mick Pierce had some of his finest boards on display in mint condition. Mick was flanked by the MP Appreciation Society, headed up by Rod Jones (aka Dr Surf), also sporting a range of MP classics from twinnys to mals and thrusters. Large collections were also displayed by DMS, Bass and Chris Cornell, with beautiful wooden boards from Joe Servi and Tree to Sea. Geoff Vockler cruised in with his new T bird and his Gerry Lopez and Reno Hawaiian Lightening Bolts and certainly looked the part! Ian Lording drove his fully restored HG Holden panel van sporting a reworked 186 which was in immaculate condition. With Ian on the Hodaddy stand was Murray Walding who made the trip over from Lorne. Murray was kept busy signing his Surforama books – a great read with some wonderful images and articles on surfing memorabilia and its history in Australia. 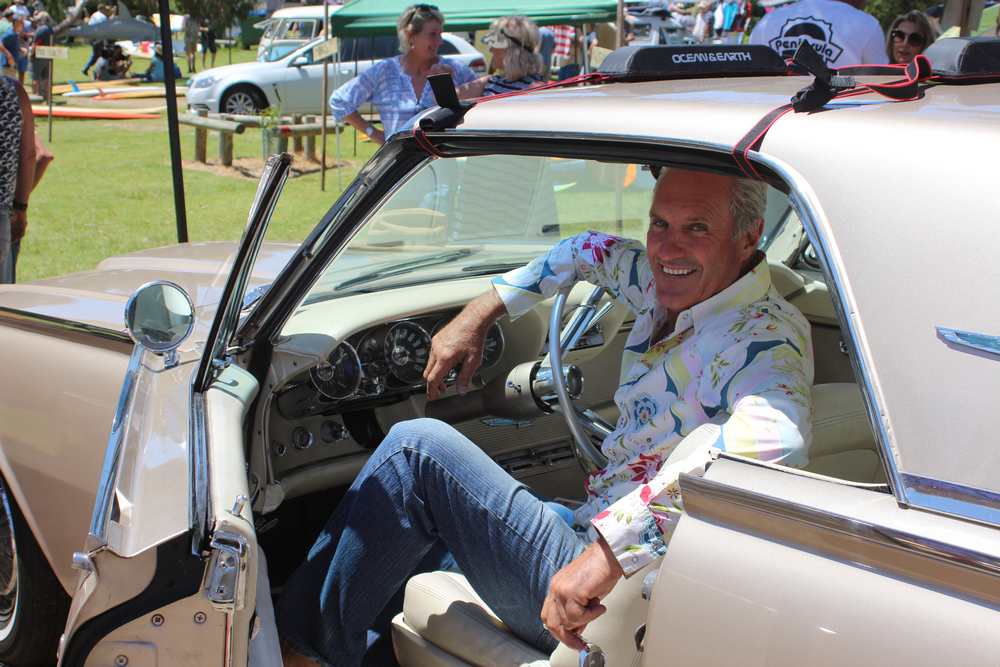 Auctions of a beautiful 9’ 6” Triggers Logger and a signed Sydney Swans Triggers 70’s single fin were held to raise awareness and money for DSAMP. Many thanks go to TRIGGER BROS, BURFORD BLANKS, NUPLEX, and 4D SURFBOARDS for the donation of the boards.

Many thanks also to all the people who worked hard on the day to make this event successful, including the Pt Leo Foreshore Committee, Ranger Tony Walkington, the DSAMP committee, especially John, Bill and Joe, Tony Reid (the man with the shark van!), Rod Jones, Phil & Paul Trigger, Vee, and Gavin Duffy for doing the artwork for the day! Your help was invaluable and contributed to what was a wonderful day that raised some great funds for a terrific cause.

It will be on again – watch this space !

Yours in surfing Newms tsa ! 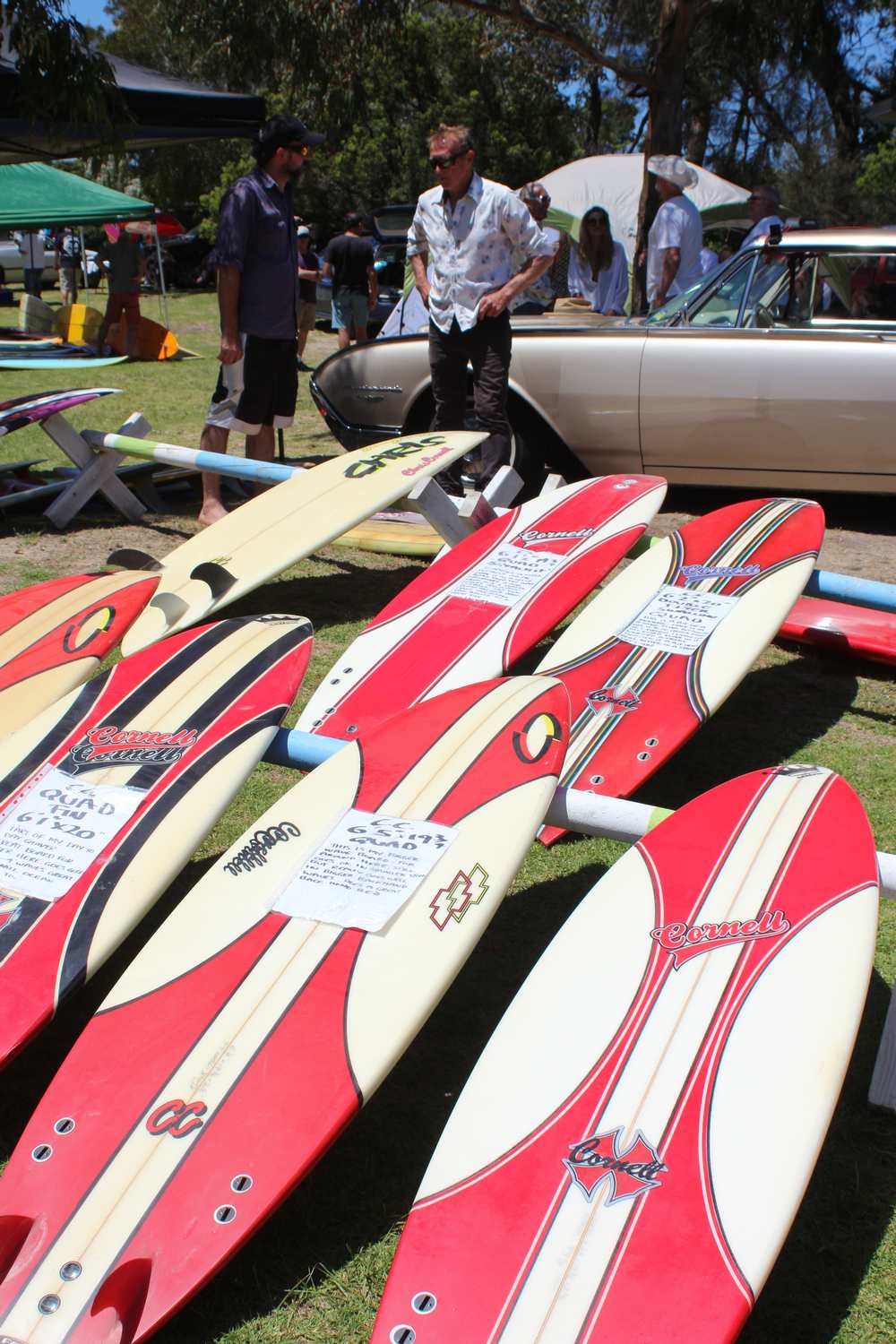