Triggs & The Canuck on tour.

We have had back to back years of incredible snow here in Oz, with global warming taking hopefully, a long holiday. Having travelled to the snowfields for over thirty years and almost ready to take up the offer of a free lift ticket at Hotham, it’s refreshing to still partake in a couple of exhilarating days, especially on our home turf, in this case the 4th and 5th of September at Falls Creek.

It was a lucky decision for me to take up Scotties place on the Burton Demo Product research gig when he moved on to a high voltage position in the world of electronics.

So Crazy Canucks alias Mild Mannered Canadian Jon Poole and Triggs departed the Peninsula at 4am, yours truly dozing off for a good portion of the journey and before long we were unloading our gear at the Falls Creek QT Hotel courtesy of Shane Carter and our good friends at Burton.

Our first day on the snow was all about testing as many different models we could muster and if you ever have the chance to attend a Demo Day it’s highly recommended. I started off on two snowboards that i wouldn’t normally choose to ride, the Flying Vee Process and the Paramount, both turning out way different to what I had imagined and heaps of fun to ride. As I worked my way through the range The Deep Thinker stood out for me to be very capable from the early morning fast groomers to the afternoon slush. Jon’s favourites were the Custom, Custom X , the Free Thinker and the Flight Attendant.

A first day highlight for Jon and I was riding with Dave Downing ( back in the day a world renowned Pro and backcountry pioneer featured in dozens of snowboarding videos – TB1, 2 & 3 just to mention a few ) who had flown in from the States to pass on all the latest technical developments that Burton have been working on and yes he only rides Step On these days.

One observation that we discussed with him was his positive foot stance (i.e. 18 degrees front and positive 3 on the back foot). His opinion being that the positive angle helps initiate the toeside turns quicker, smoother and with less strain on the knee. Most snowboarders have been encouraged to ride Duck with the negative on the back foot, for many this can be as much as neg 15 degrees.

With the conditions still being a classic blue bird our second morning after a few fun warm up laps entailed a Burton Australia Not So Serious Snow Comp which demanded teamwork, plenty of imagination and a good level of fitness to be able to complete a series of 8 tasks located at all points of the compass in a time frame of 2 hours. We were split into four teams of 8 competing for a Steve Lee BackCountry Tour and you guessed it Jonny and Triggs just happened to be on the winning team.

The winning team in action… 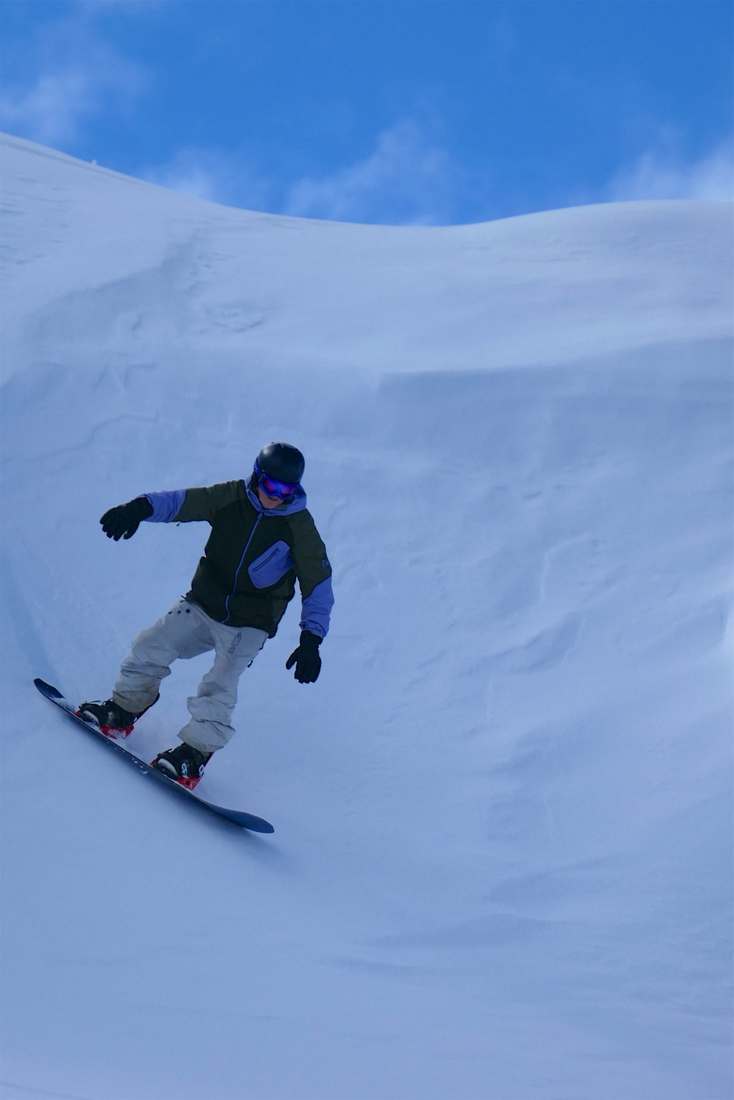 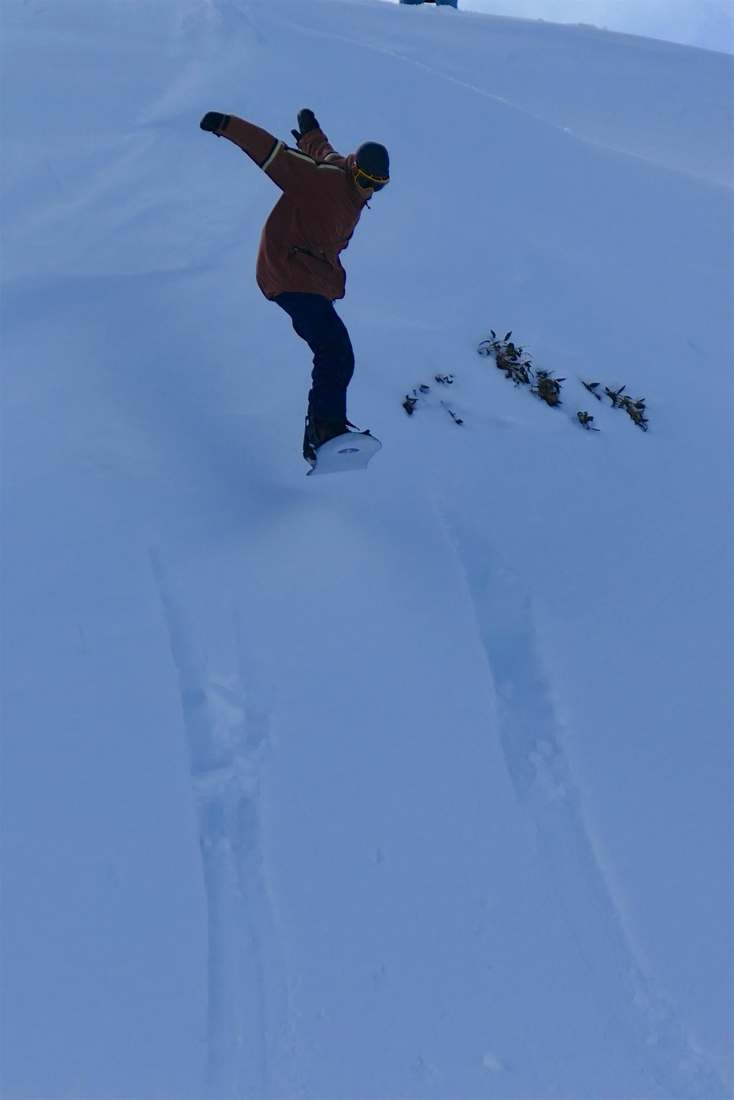 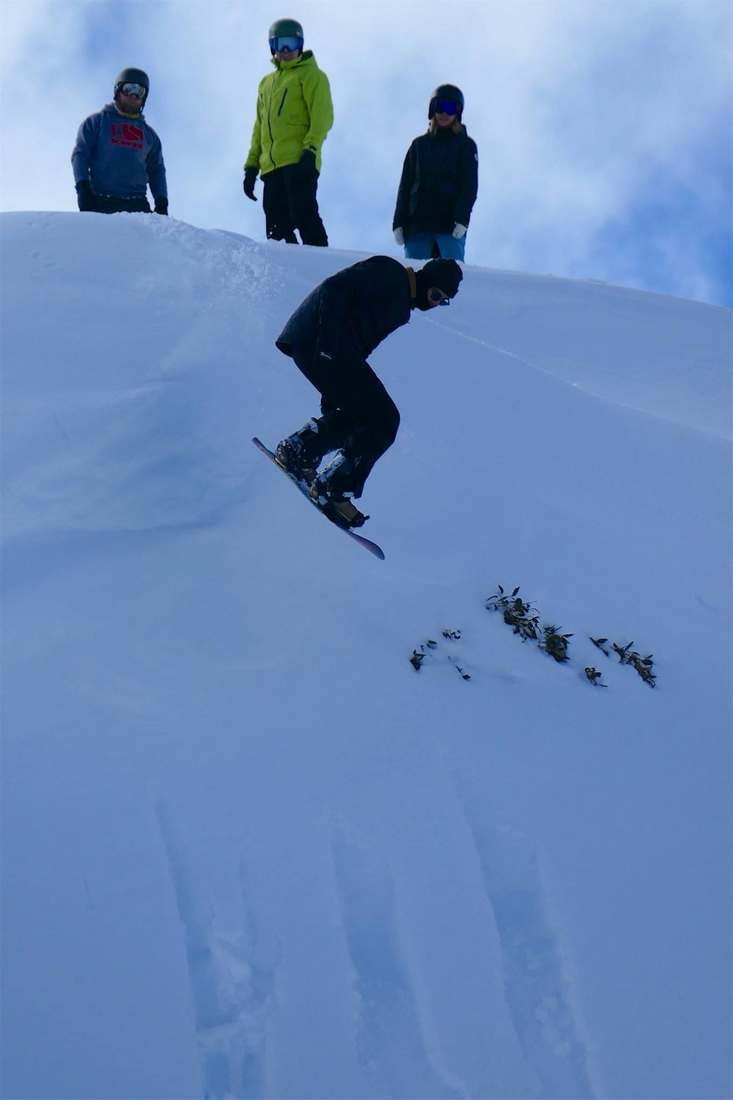 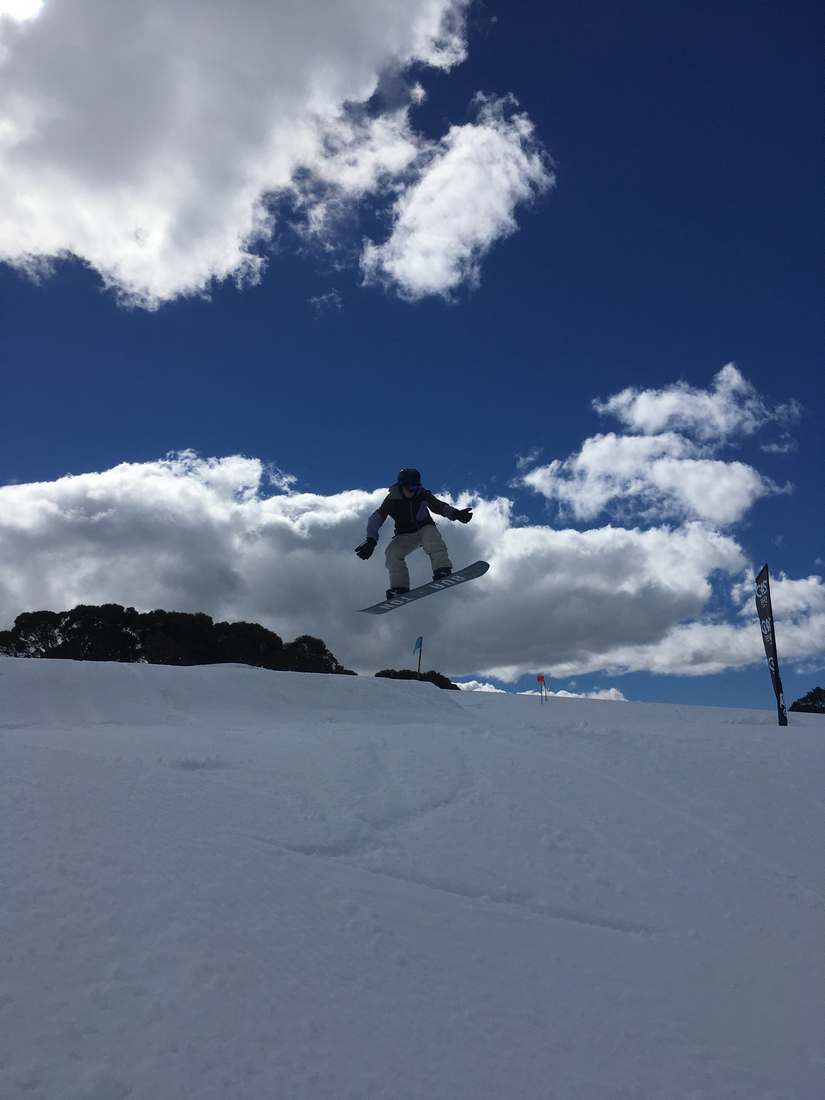 My first visit to the Snowfields was in 1987 learning to ski with surfing mates Peter Baker and Tony Reid at Falls Creek. For 3 to 4 years prior Jennifer and I were hooked on watching the World Cup Downhill Events, especially when Aussies were competing. Our favourite skier was a born and bred Falls Creek local Steve Lee the only Australian male to ever win a World Cup GS at Wengen in Japan back in 1985 so it’s no wonder he runs tours to the land of the rising sun to this day. He competed for 25 years which included 3 Olympics and I was fortunate enough about ten years ago to meet and share a few waves with him at a couple of surf spots in the Portsea area.

Steve’s love affair with the snowfields sees him still extremely passionate and along with his daughter Layla they run their Backcountry Tour out to the Mt McKay area. Our winning reward from Burton Australia was a dozen drops on untouched snow and every time we reached the ground zero two Skidoos were their waiting to wiz us back up to the top. I am giving Steve’s tour a 5 star rating so watch the weather and book it in.

Wednesday the 5th of September 2018 sits as one of the very best days I have enjoyed in the snow including a couple of trips to Utah. It turned out an amazing fun day to spend with similarly minded crew especially Jonny Poole that crazy Canadian. Thanks to Shane Carter and the Burton Team plus what a thrill it was to spend a few hours laying down fresh tracks with Skiing Legend Steve Lee. 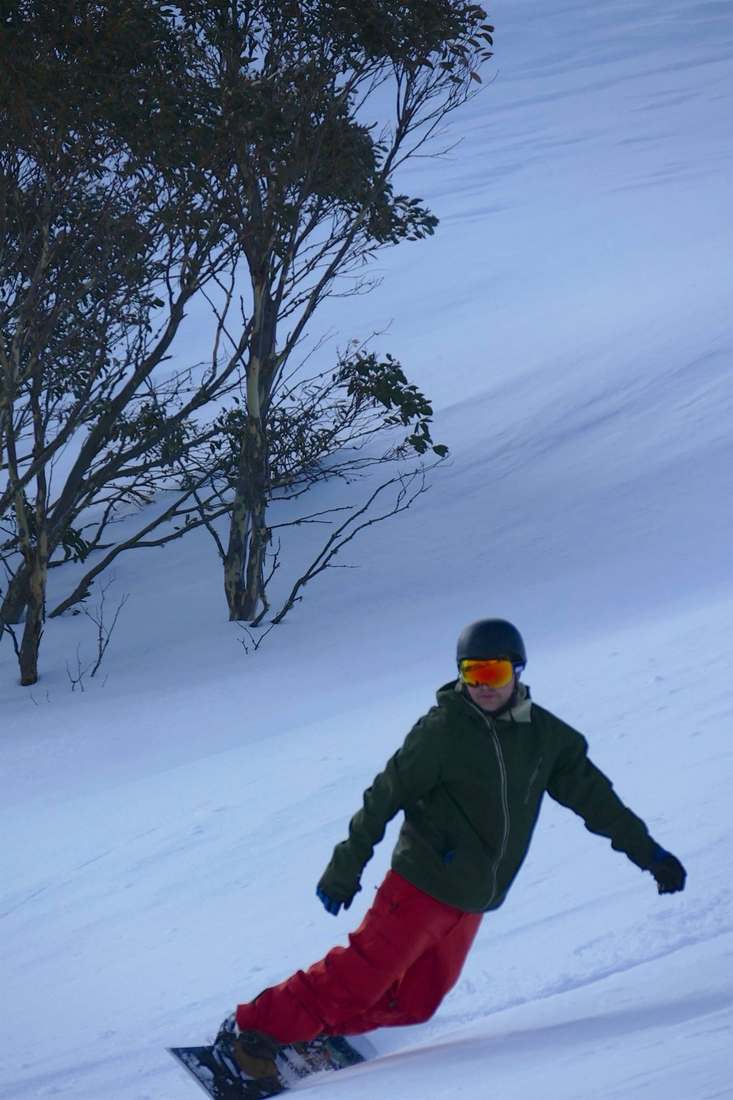 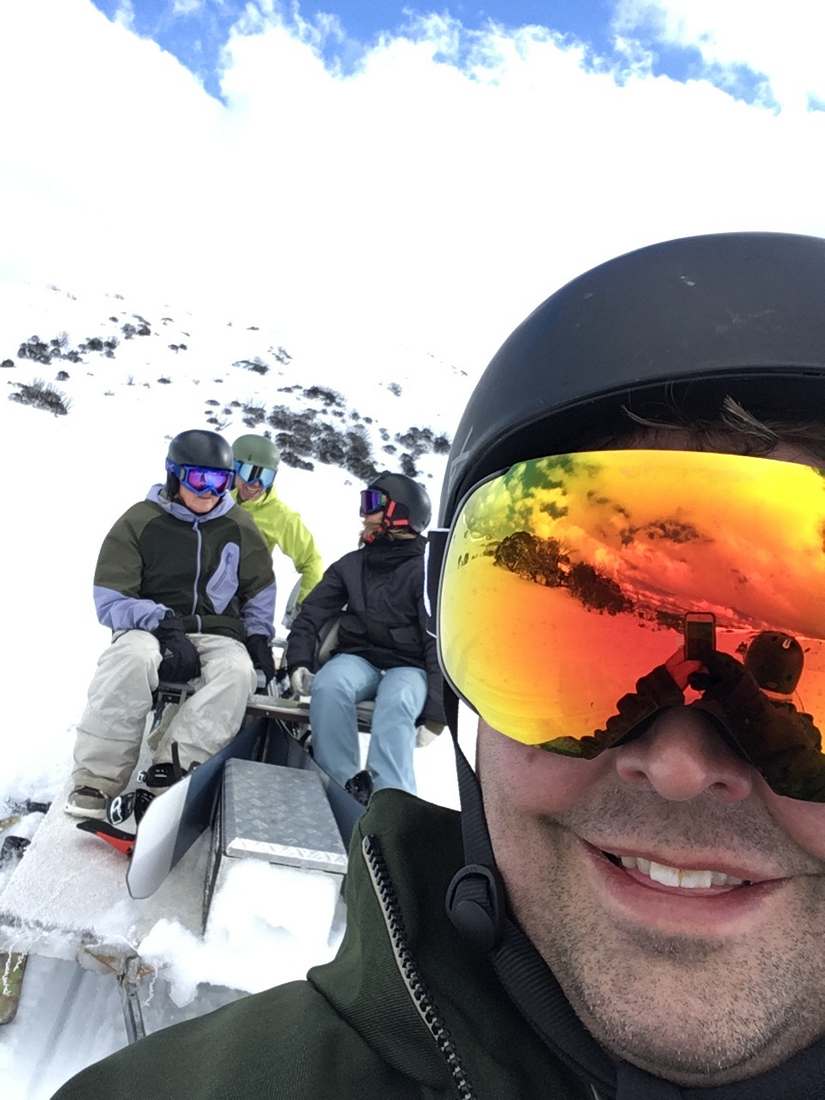 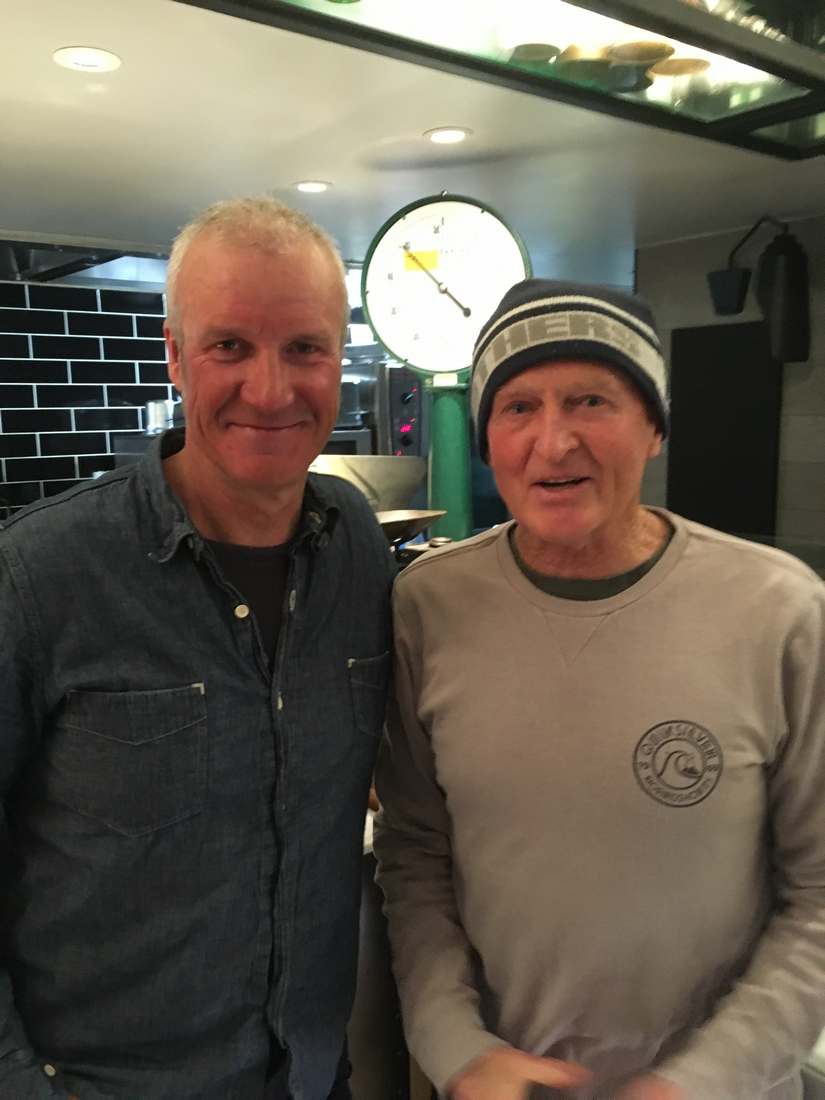 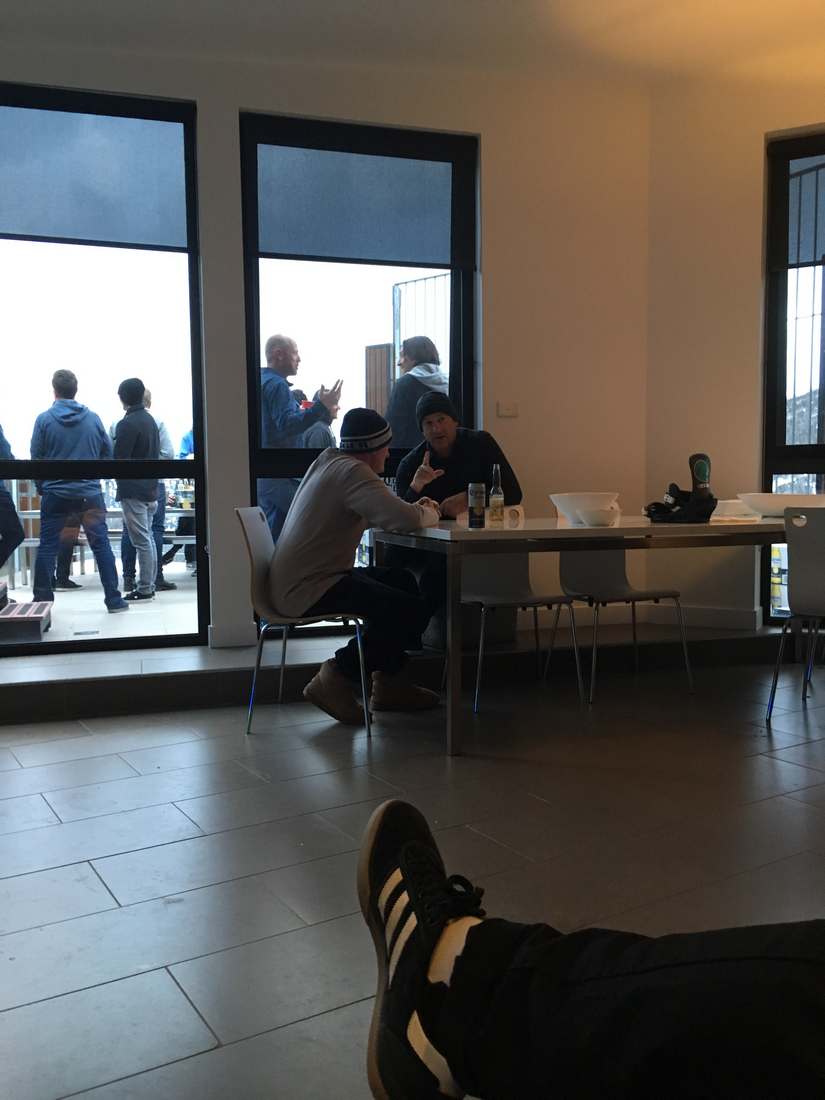 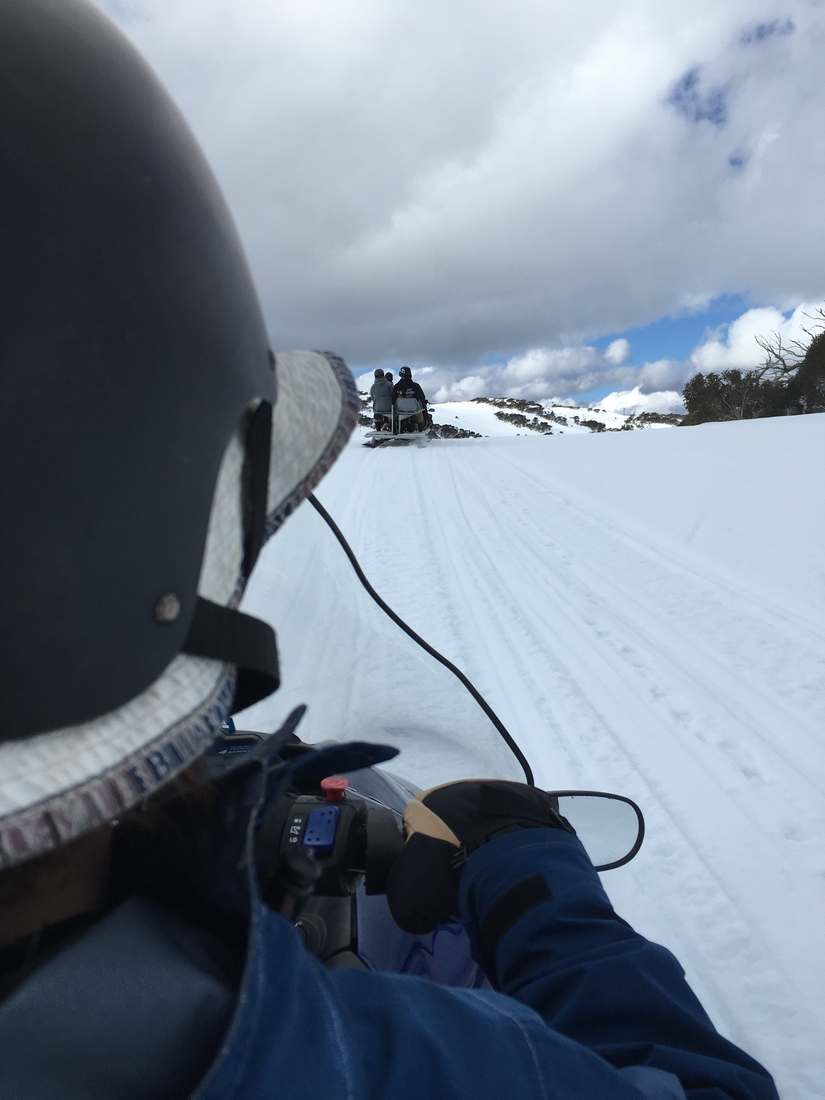 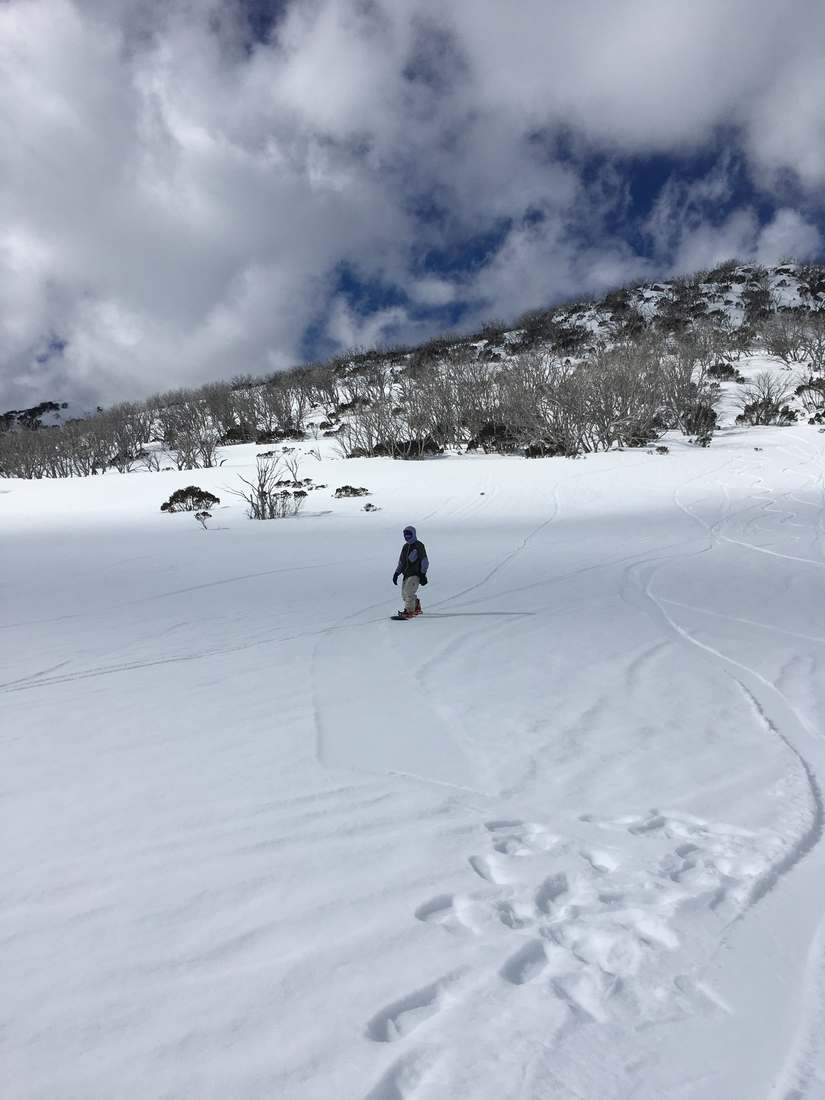 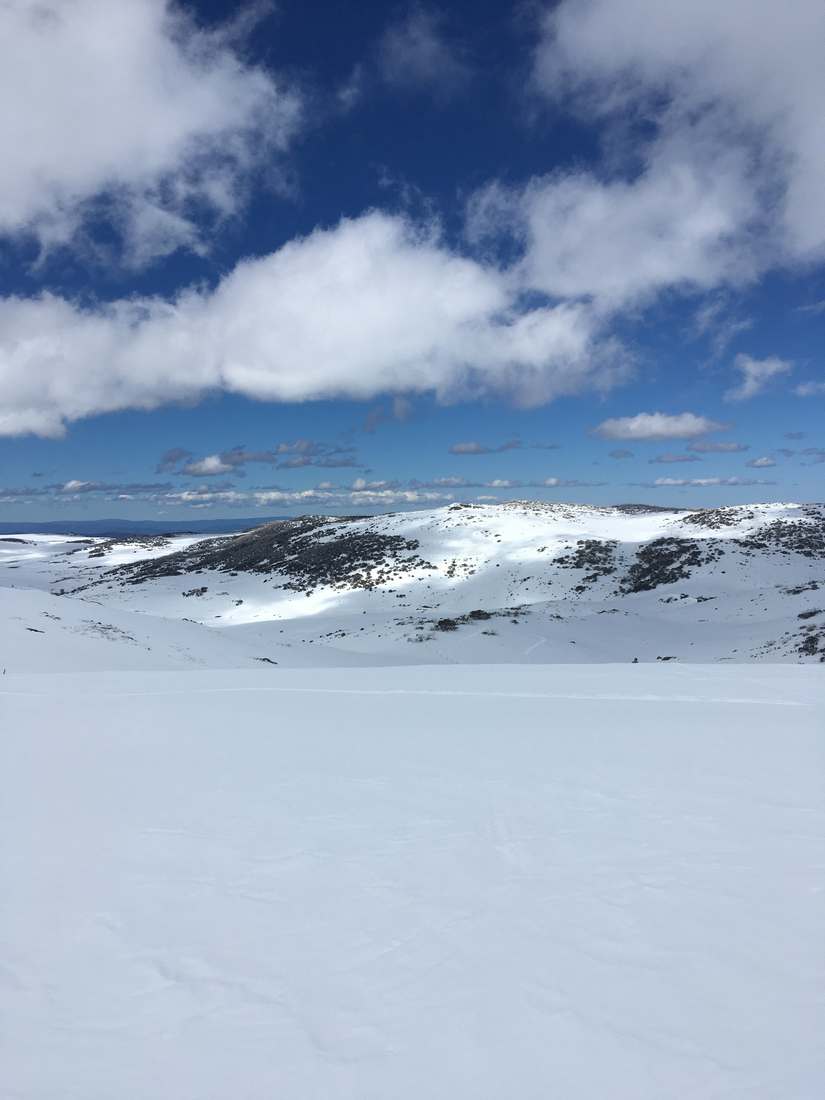 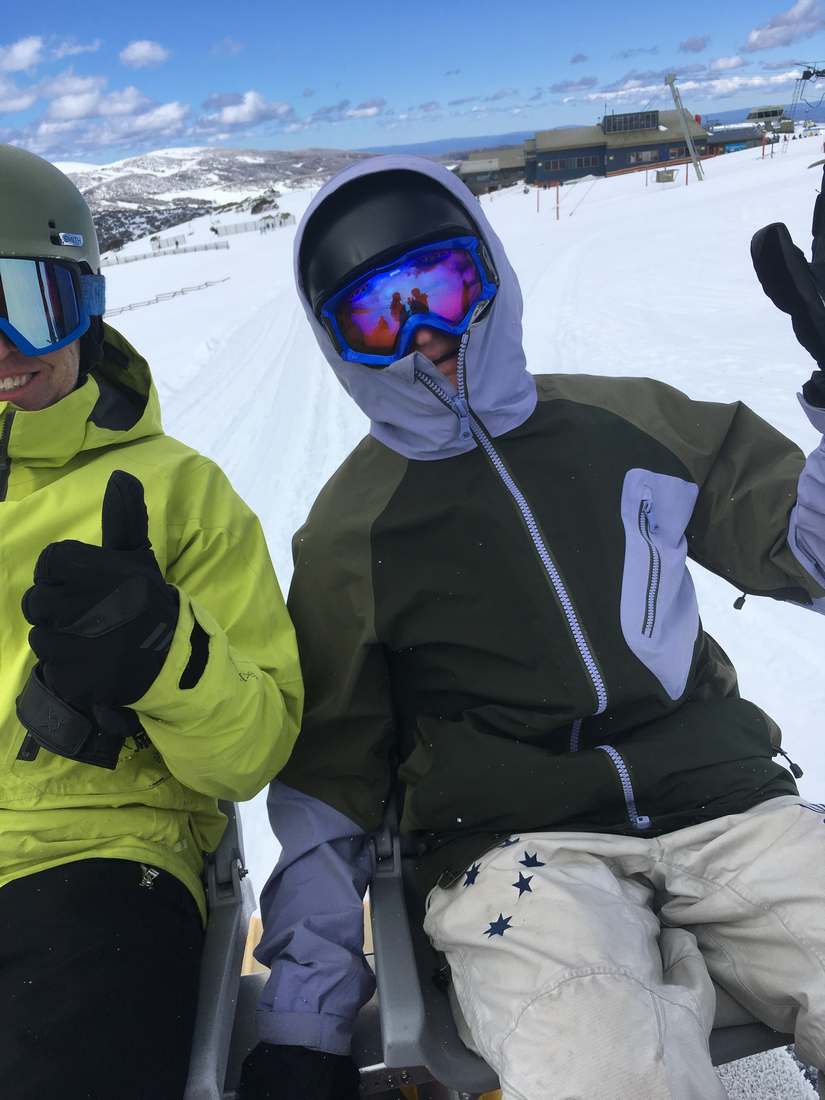 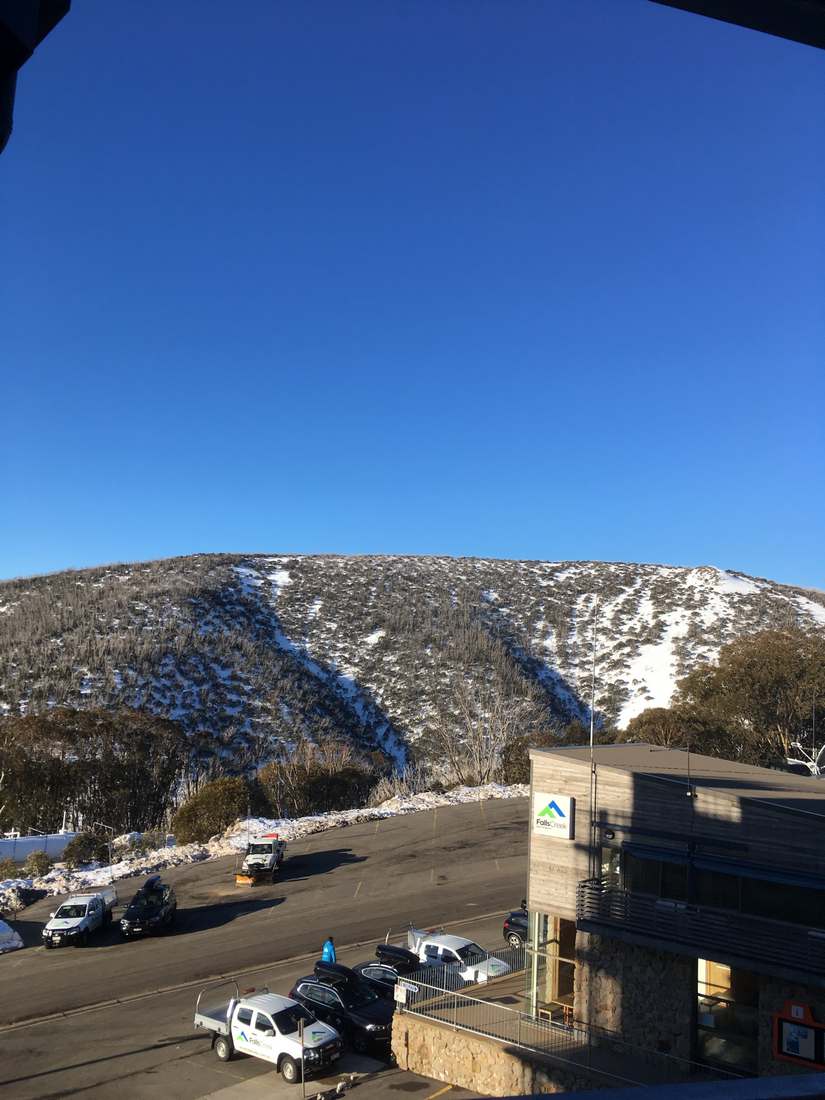 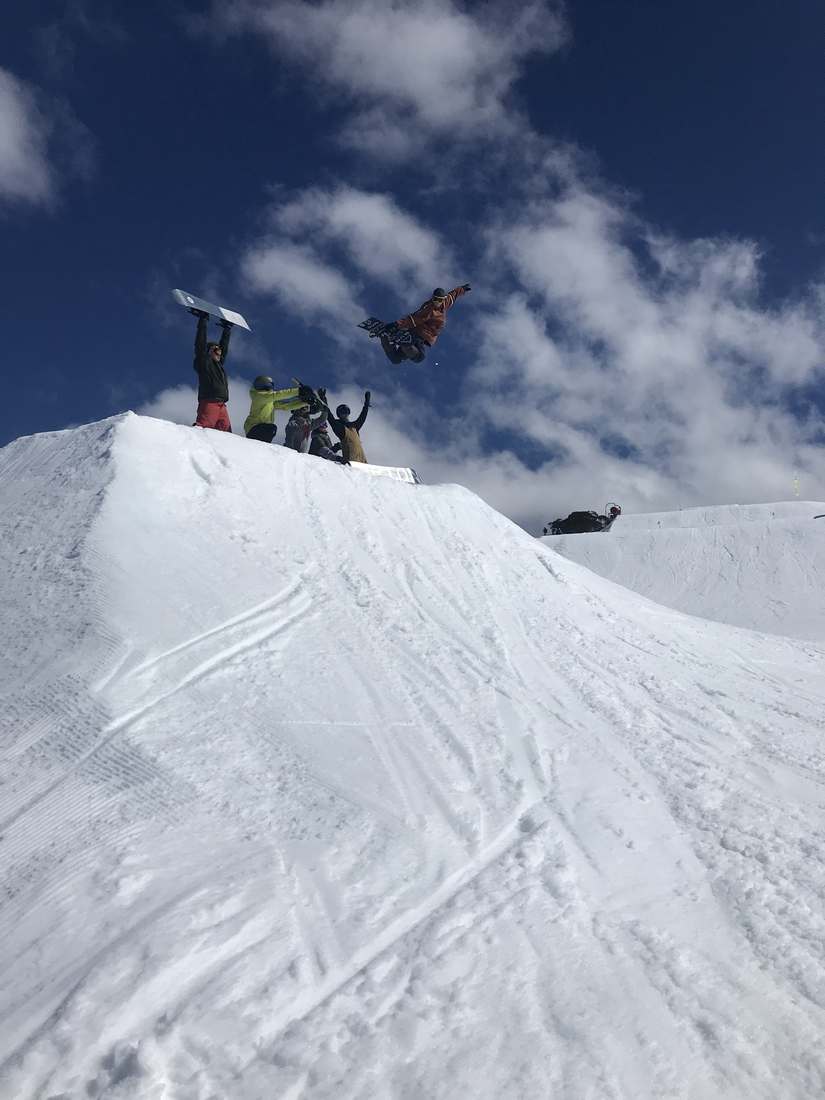 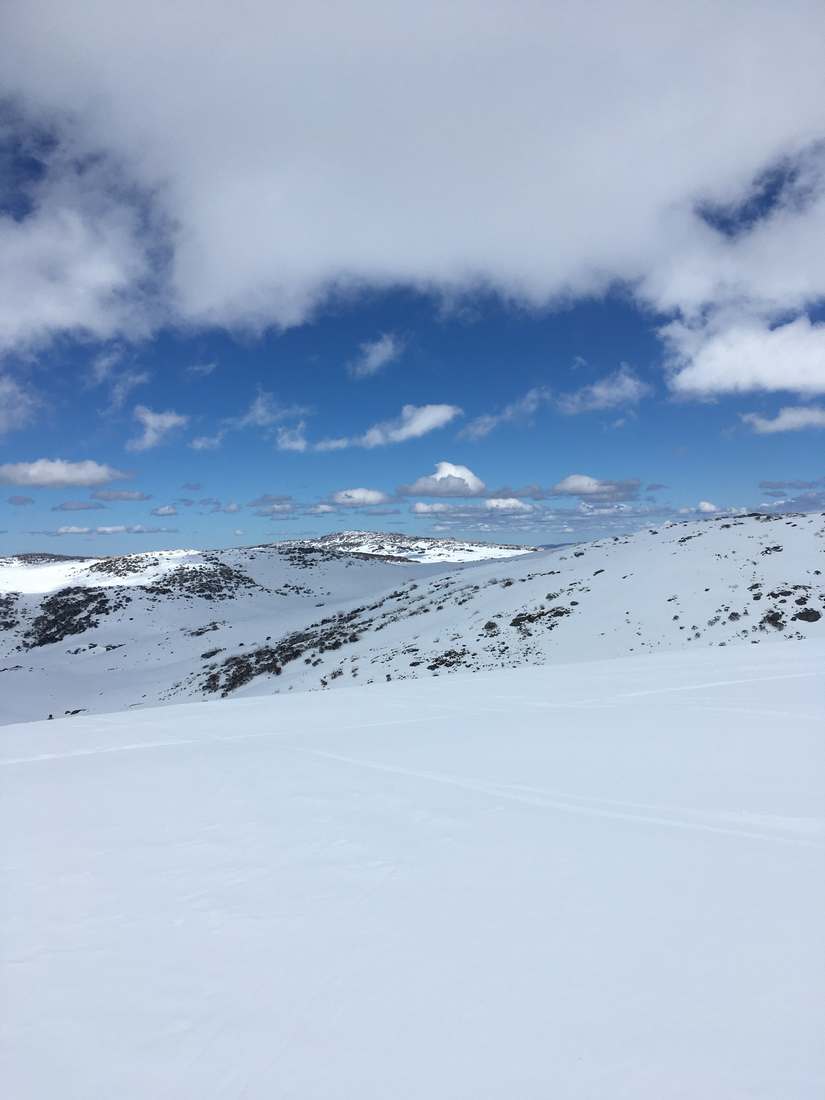