I did the state longboard rounds because the Aussie Titles were to be held on the Tweed Coast which is 15 minute drive from the Gold Coast.

We ended up at Cabarita for the whole contest. A couple of days it was picture perfect up to shoulder height and other times lumpy and bumpy all over the place, you just had to be lucky.

Someone had said to me before the contest they had been at a comp at Cresent Head and couldn’t believe that one of the top surfers was waiting for everyone else in the heat to catch a wave. I thought it sounded strange but that’s what they are doing nower days. There is a priority system in place where if you haven’t already caught a wave and everyone else has, it is your wave choice, but if you paddle for a wave and miss it you go back to last. In the first round it was going well but with 20sec to go the guy coming last got a wave to the beach and won.

The next 2 rounds were in good surf and the Innovator went fantastic, but in the rubbish it was no match for the wider flatter boards which hold their speed. The other problem I had was I was too heavy. I am 88kg and my board 65L compared to Danny Bond 60ish kilos and Alan Atkins about the same, both on bigger volume boards around 70L. If you do the maths, roughly I’m 1.5kg/L while they are 0.8kg/L. I’d still rather surf my Innovator but probably should have something else flat rockered 75 -80L to compete.

My other problem was you couldn’t see the priority board with the sun setting behind it and it was impossible to hear, so not wanting to be the first to be disqualified with the new rule I gave my 2 best waves to Danny and then Alan, Danny thanked me later saying it was his best wave.

The picture of the house on the Hastings Point Headland is a movie prop for Aqua Man it’s there for 4 months, a lot of locals think the council sold them out, but seeing so many people visiting the site I think it was a great idea. 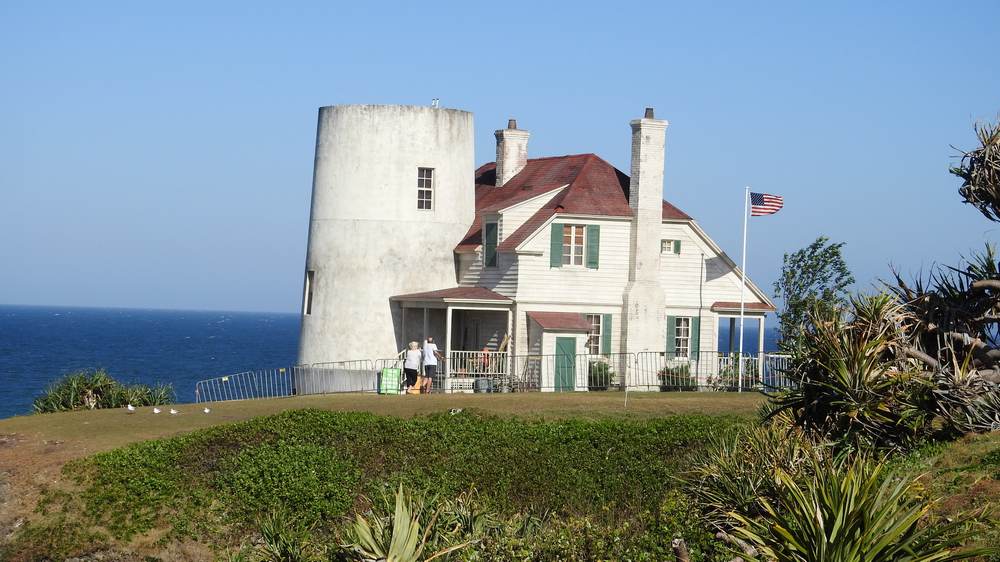 The amount of money spent on dredging the mouth of Tweed river even though they built the sand pumping jetty that makes the Super Bank super must be massive. They have had a boat dredging there for months. A 2nd boat was spraying sand onto the eroded Palm Beach beaches, it must have been 50 metres high 100meters wide.

Things aren’t always what they seem! 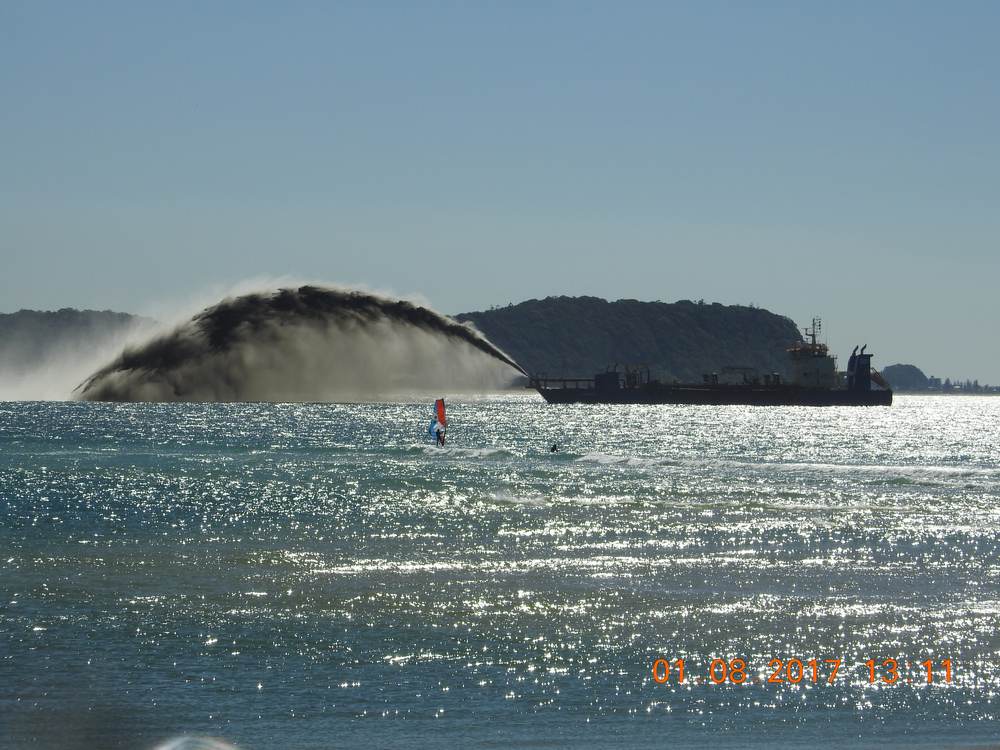 The goofie footer is Liam McCaffity, one of the old Chelsea crew.

The perfect hang ten is Haden Swan, an old contest favourite of mine, he weighs 98kg

The Kombi Graveyard and a good looking Kombi,

Two locals testing out the offshore wind…. almost ready to be rescued.

Further information, photos and results can be found on the National Titles website here.

See you in the surf
Phil Trigger