Whether you Stand Up Paddle or Surf, the number of litres or volume of your board is something that enables you to tell if the board will float you, and once you know you can look at at any board and compare it to what you ride. We’ve had computer shaping machines since 2000 but didn’t start noting the litres on our boards until 2010.

I made a new 4’10” board for Marlin Harrison that seemed ridiculously small and was 16lt. When I gave it to him he told me he weighed 32kg which is easy maths, 2kg per 1lt. Comparing it to myself, my 6’6″ Fusion Stubby is 39lt and I weigh 88kg, I should be on 44lt, so really Marlin is doing it way too easy.

Unfortunately it’s not that simple with board shapes, rocker, volume distribution and displacement all to consider, so you just have to try a few boards and note their litres.

Over the last couple of years I’ve been surfing with 2 brothers Bryce 100kg and Cam 80kg. Bryce started almost a year earlier and was riding a Hot Dog Stubby 85lt, Cam started on a 10ft SUP, 160lt and then we swapped him onto a massive 105lt Hot Dog Stubby that we shaped out of a sailboard blank, they have an incredible amount of nose lift which makes them almost impossible to nose dive. Cam was catching waves at Pines before the young crew on their mals could and consequently he got my most improved surfer for 2016. Nancy the keenest surfer on the coast, came a close 2nd. Bryce is now on 105 lt and ready to rip once we find some good waves.

After watching my grand kids stumble and fall off, I’ve decided that beginners should be able to stand on their board in flat water. When they catch waves it’s not as critical as to where they stand and it’s a lot easier. For adults the SUP as a surfboard gives you the same volume to weight ratio. During the 70’s, 80’s and 90’s all the boards were 6ft or under, which only kids could learn on, we made 100 kneeboards and sold 100 Surf Skis a year as a result. Nowadays we’re lucky to sell 1 a year because of the modern mal and the SUPs.

The only thing you have to remember is never paddle out through the break, check out where the big sets are breaking and always paddle out wide. People don’t realise but on a big mal or a SUP when you fall off the nose of your board can be 25ft from where you are looking. If you try to take a shortcut and you get cleaned up you’re going to end up halfway back to the beach.

Friday 5th thought I better try out the new Nuke everyone that’s ridden one has claimed them to be something special. Waist to shoulder height at first carpark Gunna it was amazing. 6’4″ × 21¼” 4lt, that’s 2″ shorter and 5lts more than my Fusion Stubby. it’s fast and positive, the best cutbacks re-entries and floaters I’ve done in a long time, obviously I don’t practice enough.

One of Matt’s mates brought in a SUP that was absolutely smashed! It had gone underneath the Canadian Bay boat house on a windy day, his son had decided he didn’t need a leg rope, fell off and this was the result. Waves were smashing the board into the underside of the landing while they tried to retrieve it. On and off it took 2 weeks and a lot of bog to recover it. 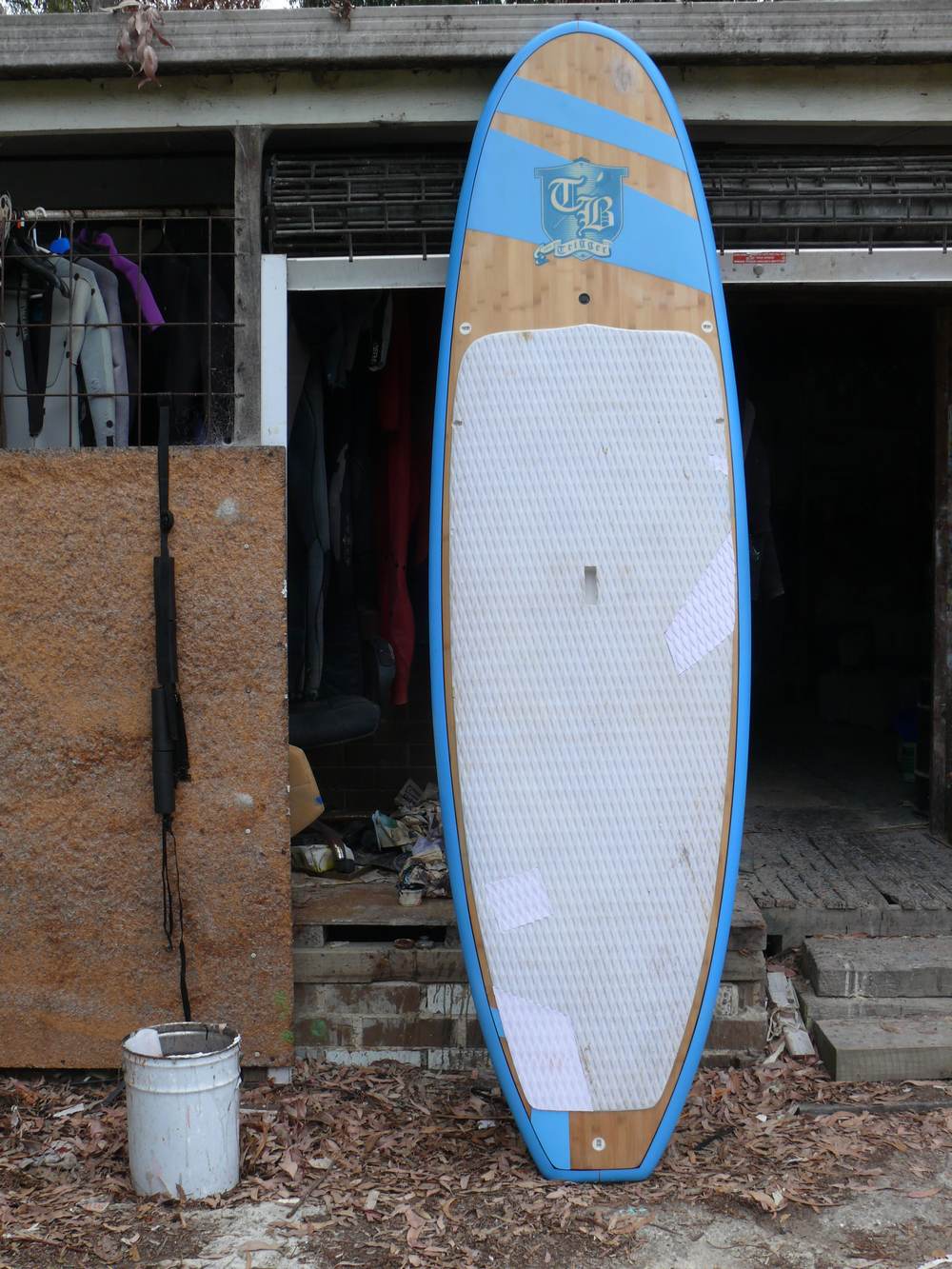 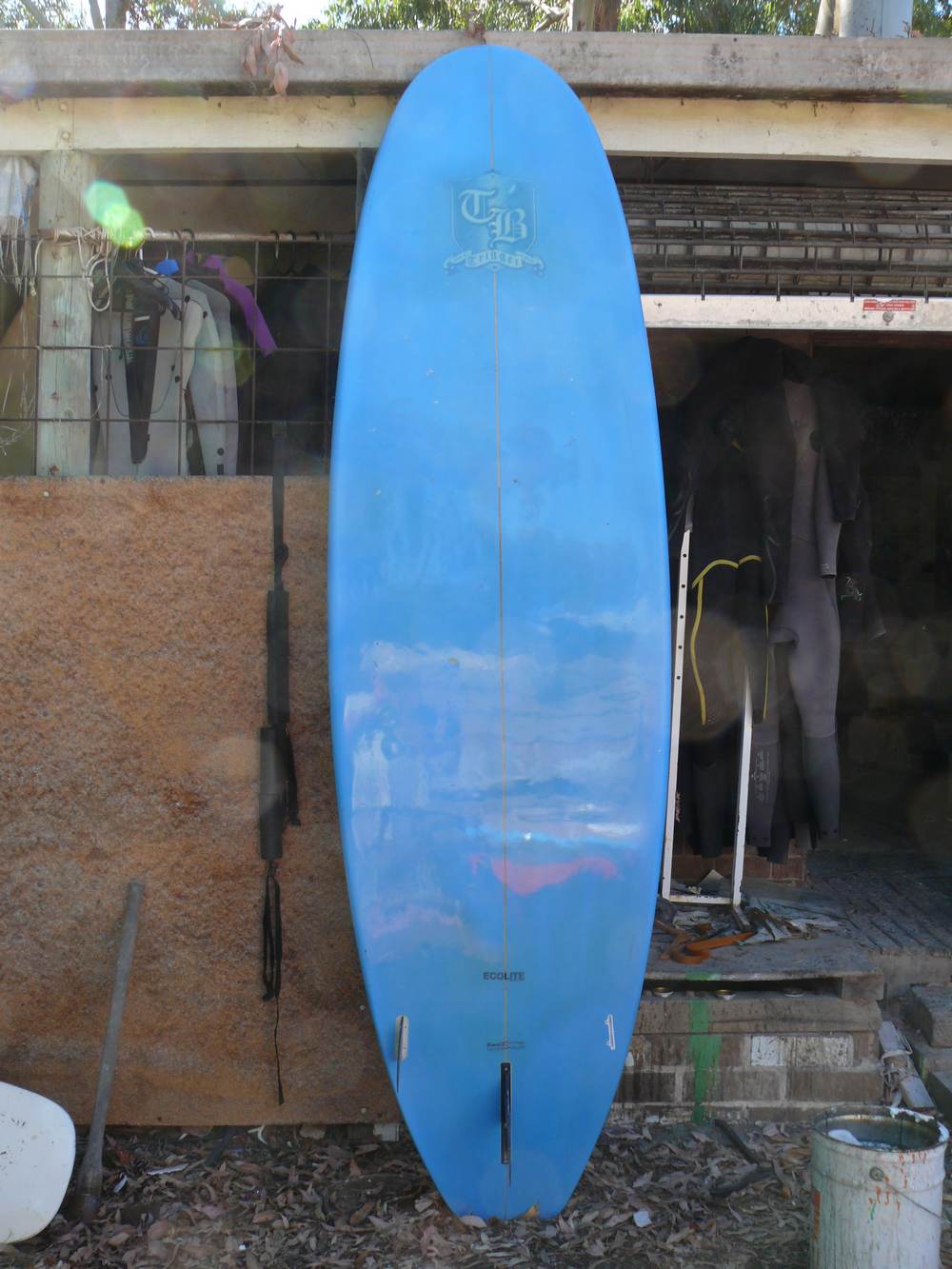 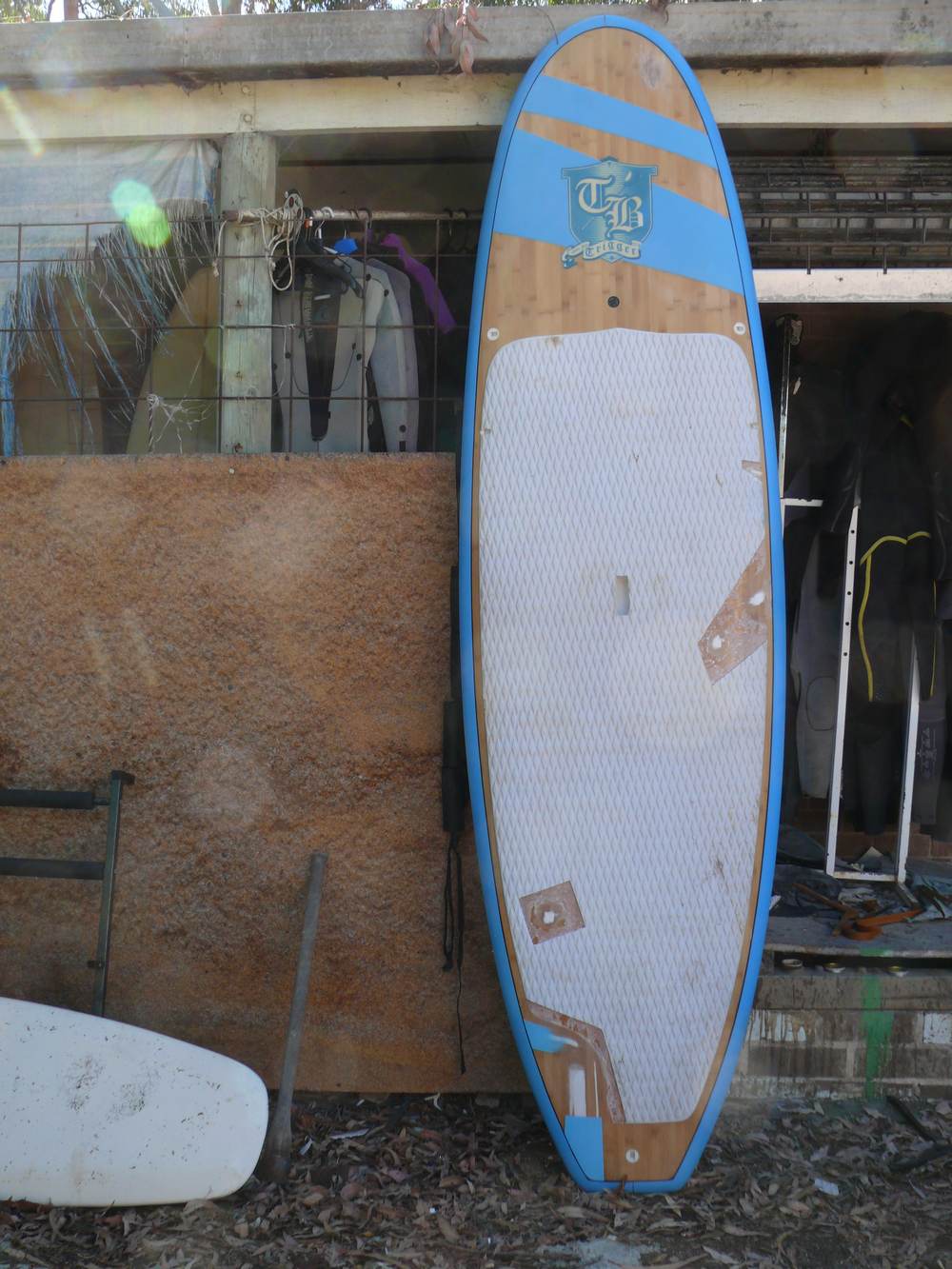 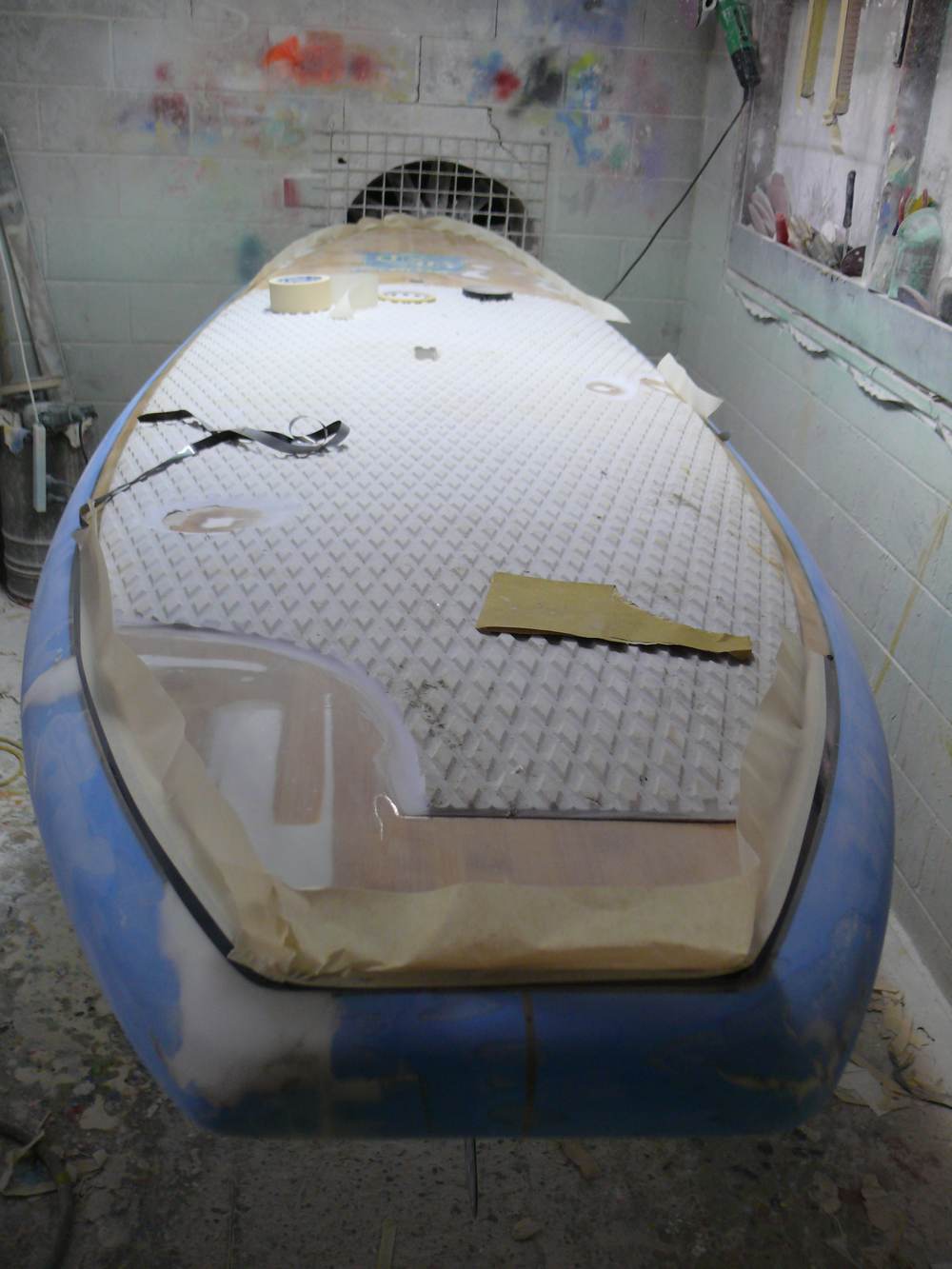 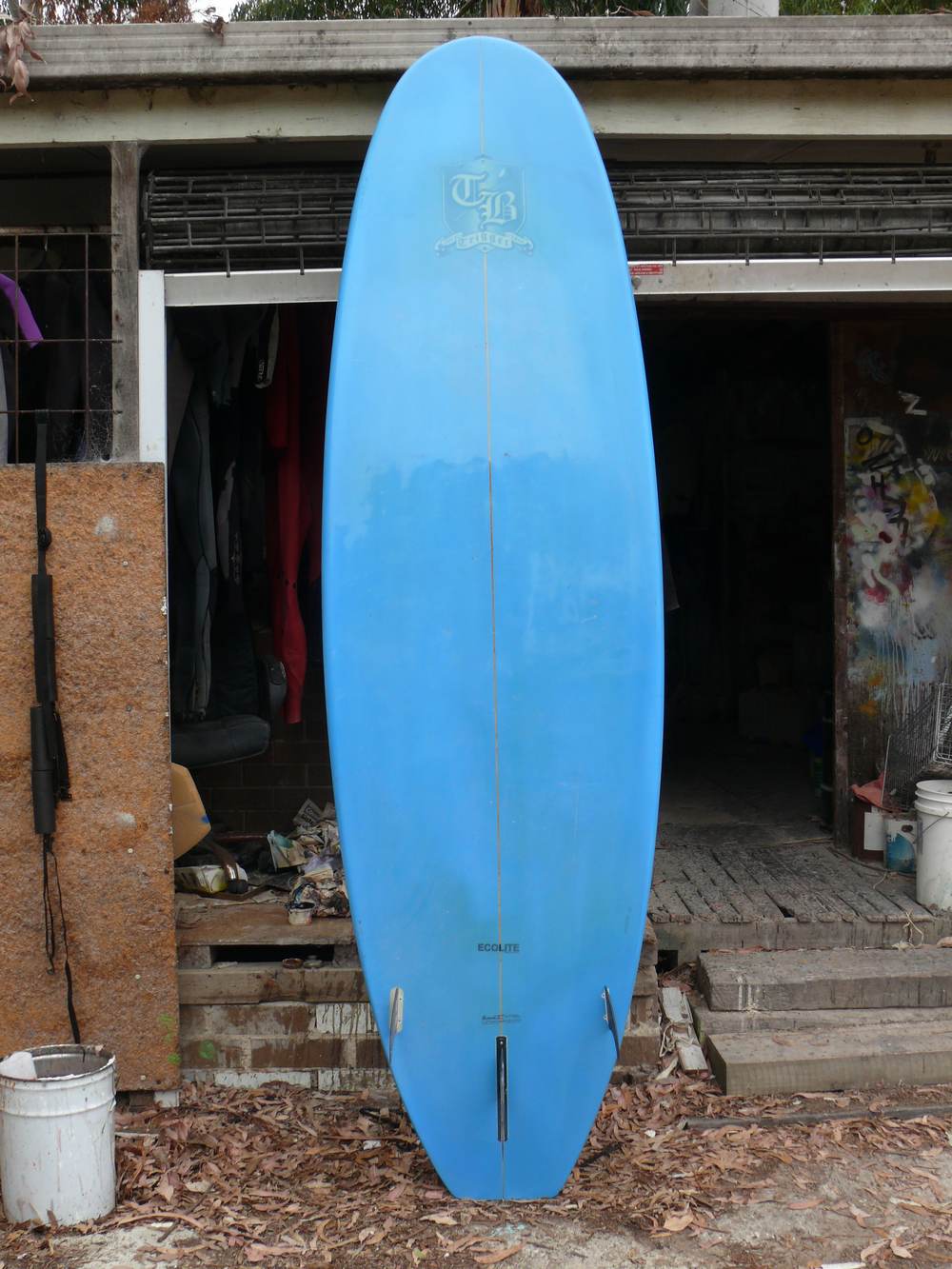 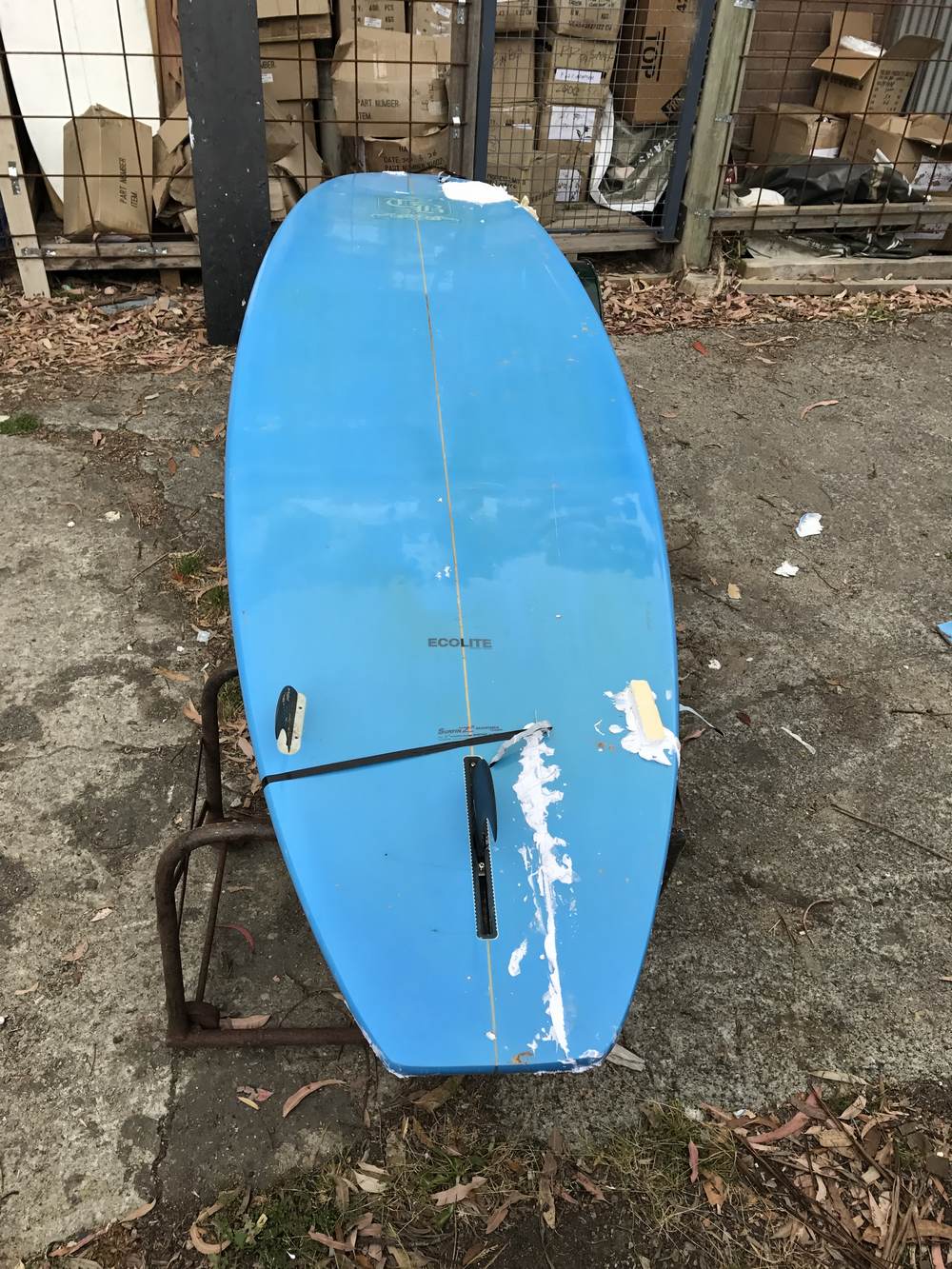 Conditions can change quickly and your board will travel faster than you can swim if you fall off, so always use a legrope. Your body acts as a sail so if you are have problems lay down with your paddle under your chest and paddle it like a surfboard.

See you in the Surf