Arrived to a small swell and rang Slopper to find the best beachie. Surfed Cabarita for the first few days around waist high. Checked out the bank at Snapper, it was like someone had taken a grader to it, super straight to Greenmount and then into Coolie beach, all it needed was swell and a day later it came, a couple of foot over head. The only problem was it was too much from the south and was wrapping into the bay, just the odd wave but really shallow and dangerous, the sweep was taking everyone back inside so it was really congested and difficult to get waves.

The pictures show how sucky it was, lots of free fall takeoffs and really dredging off the bottom.

The Palmie finless softie crew were out and the guy on the pink one was ripping. 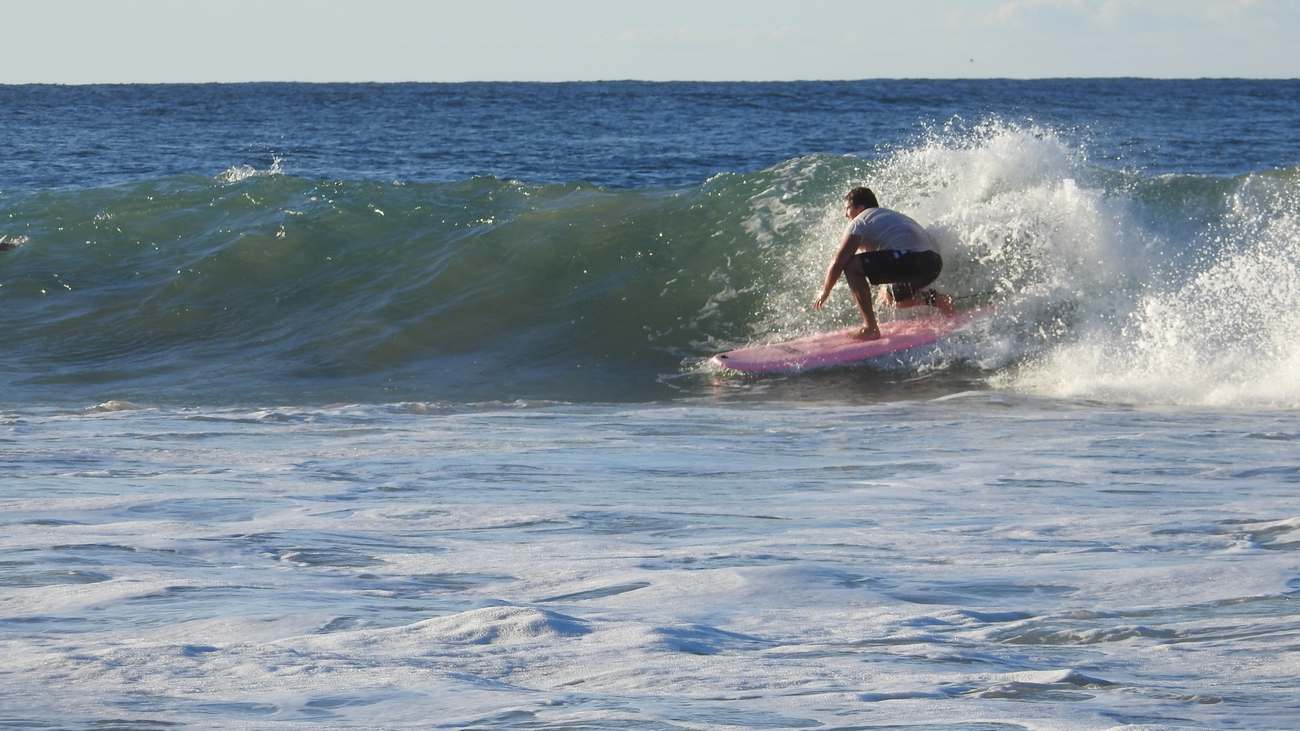 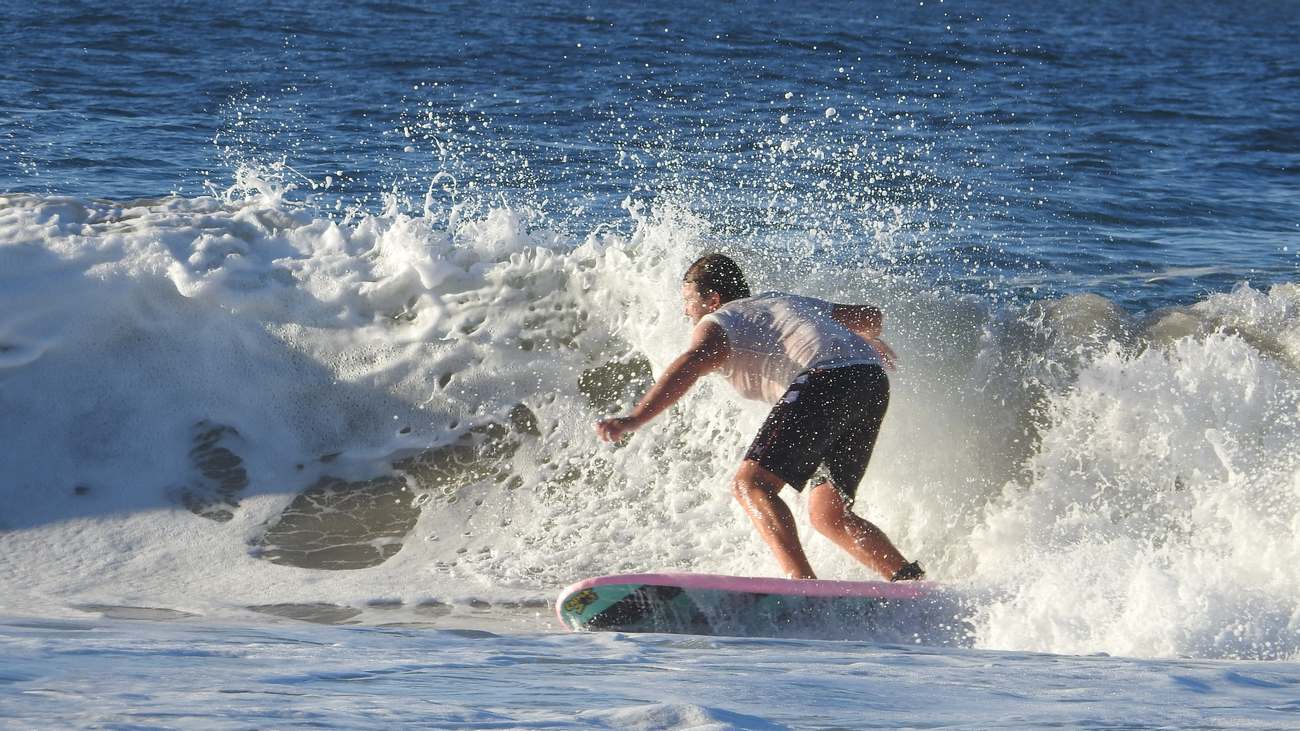 Simon arrived on the Thursday before the long weekend and the annual Coolie Rocks On Nostalgia Festival. The swell was still up but had come around to the SE so there were a lot more waves at Rainbow and Greenmount. We paddled out at Snapper and finally got out to find there were 2 rips going in opposite directions. I was in close and saw Simon in the outback express while I was going in the opposite direction at a similar speed. He told me later his Rip Curl surf watch was reading 23 kms per hour and one of his waves went for 850m.

We met at Coolangatta LSC and decide one more walk around as it must be over 1km back. When we got back there was a massive lull and the rip was too strong to paddle against so I went with the flow, it was like I was in a river. The sets started again and when I finally caught a wave I was back outside the LSC where I been 30 minutes ago, Simon had a similar experience. The next couple of days the swell dropped so before the car show we surfed Cabarita which has a really good long bank almost to outside the hotel. 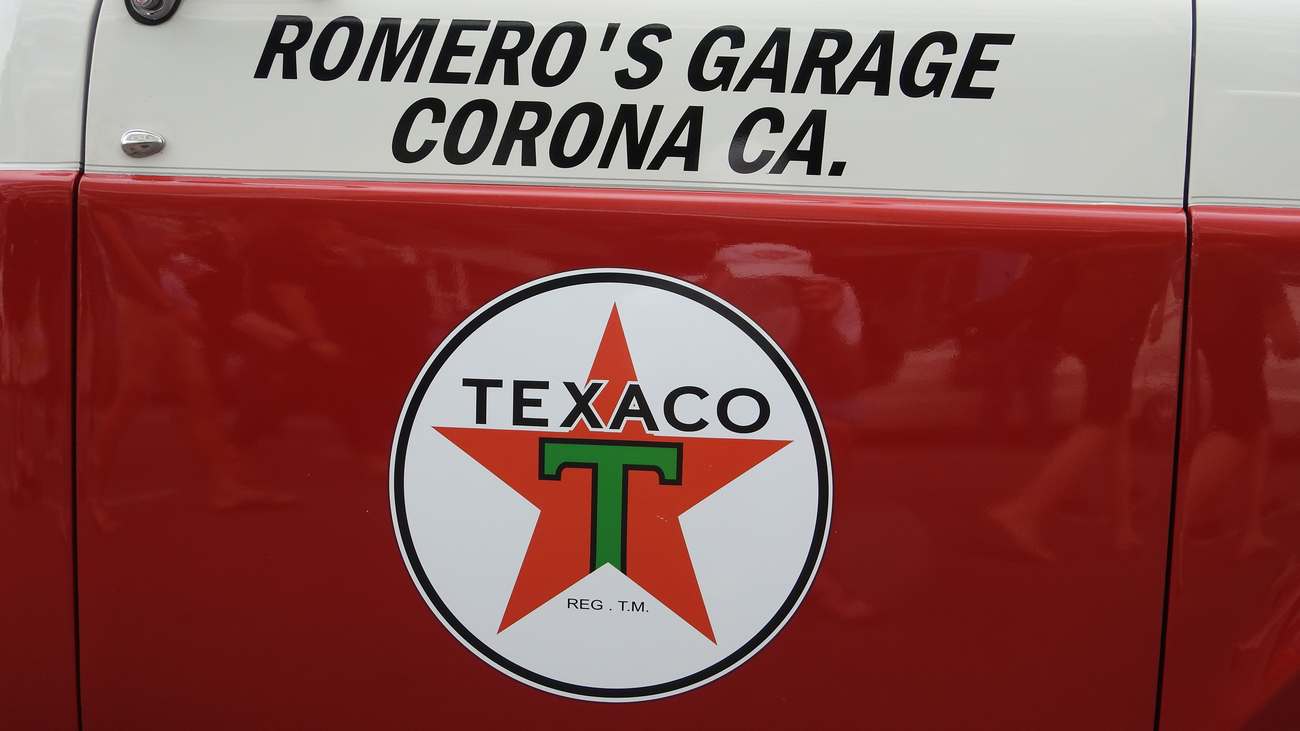 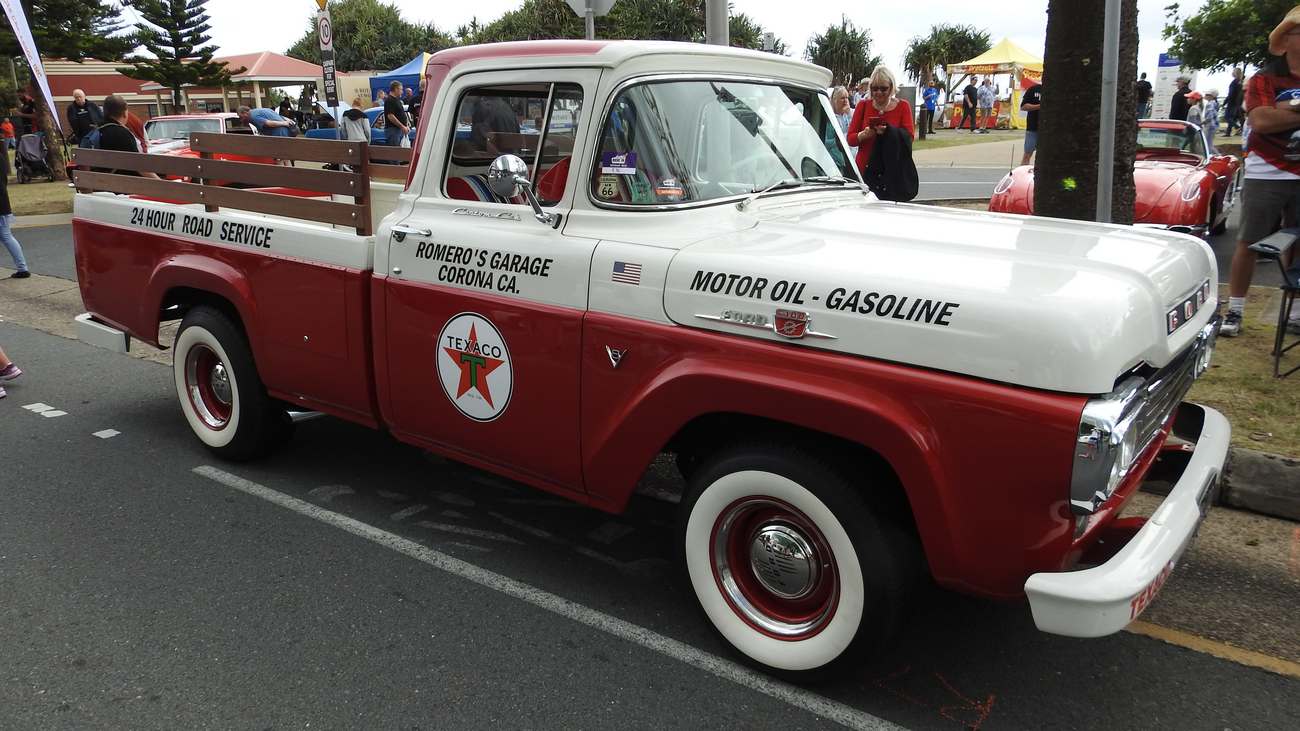 The Texco on the truck is the one we used on our boards in the 90’s until we were contact by Texaco telling us we were infringing on their copyright that they had had since 1911. 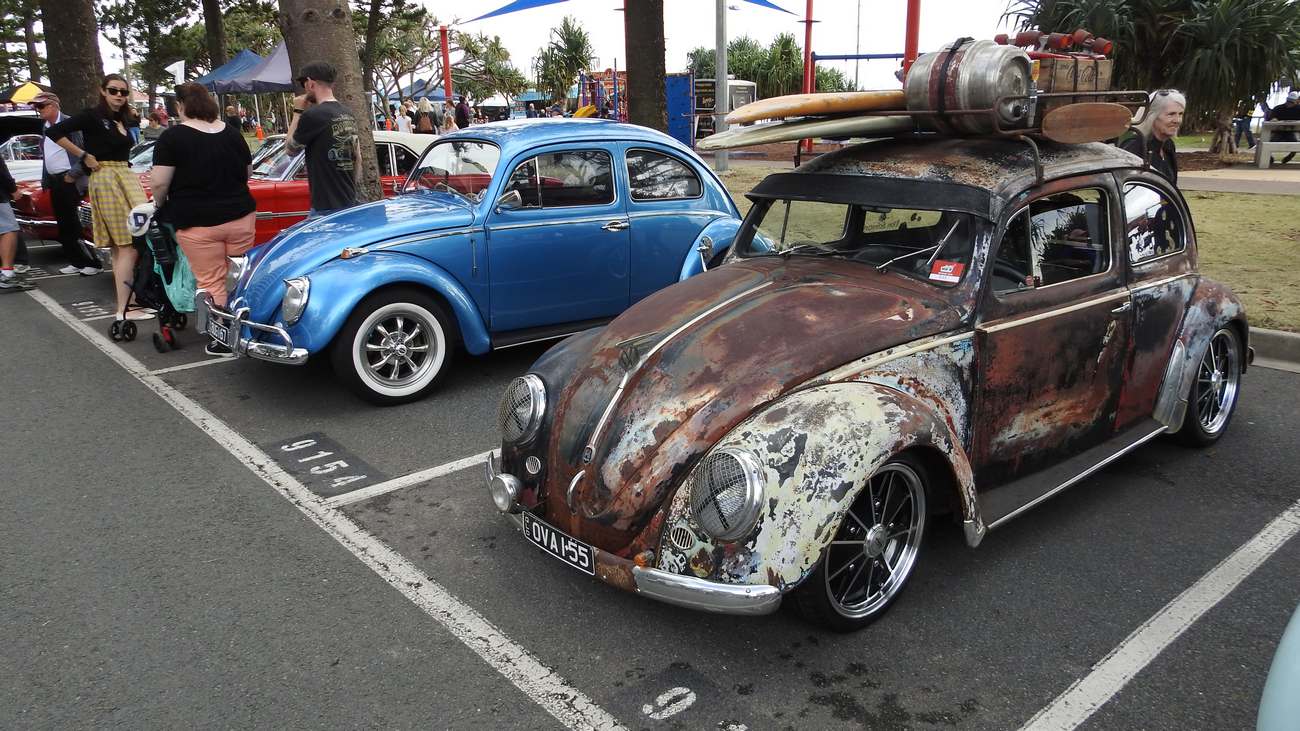 The other interesting shot is the Beatle with all the old surf gear on the roof. 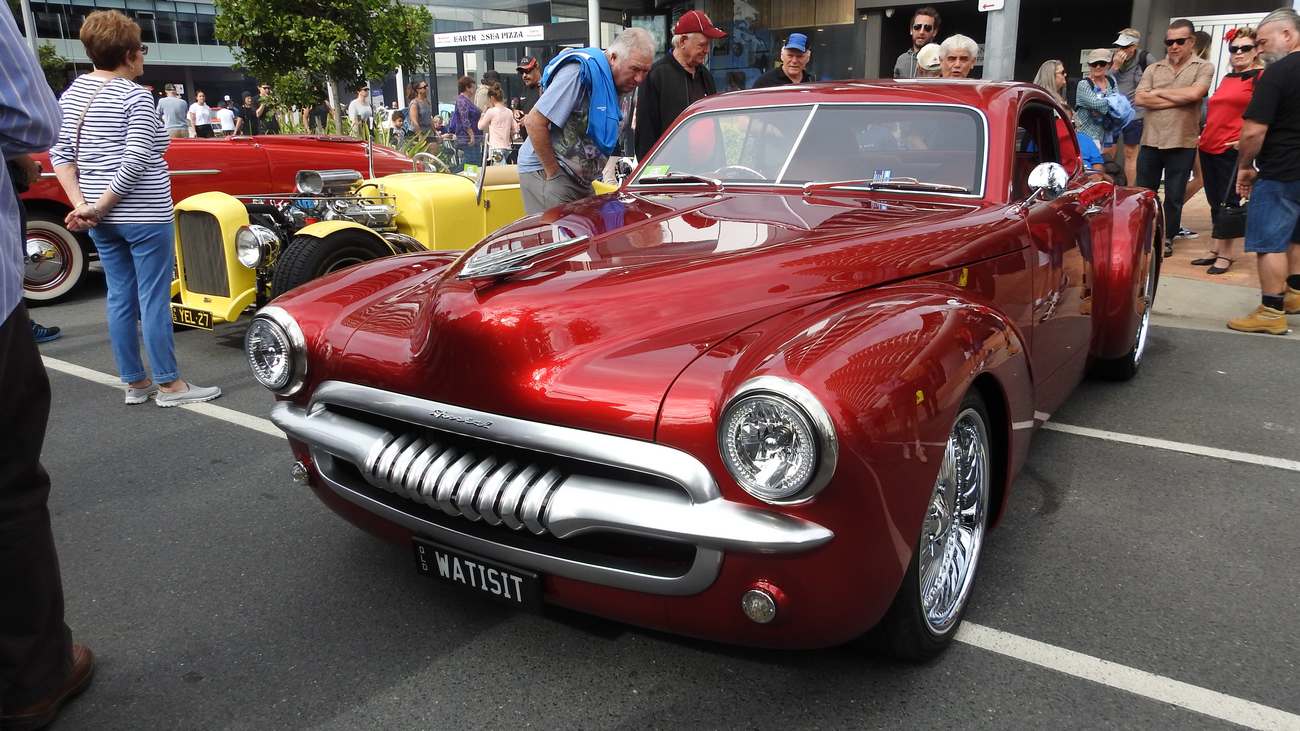 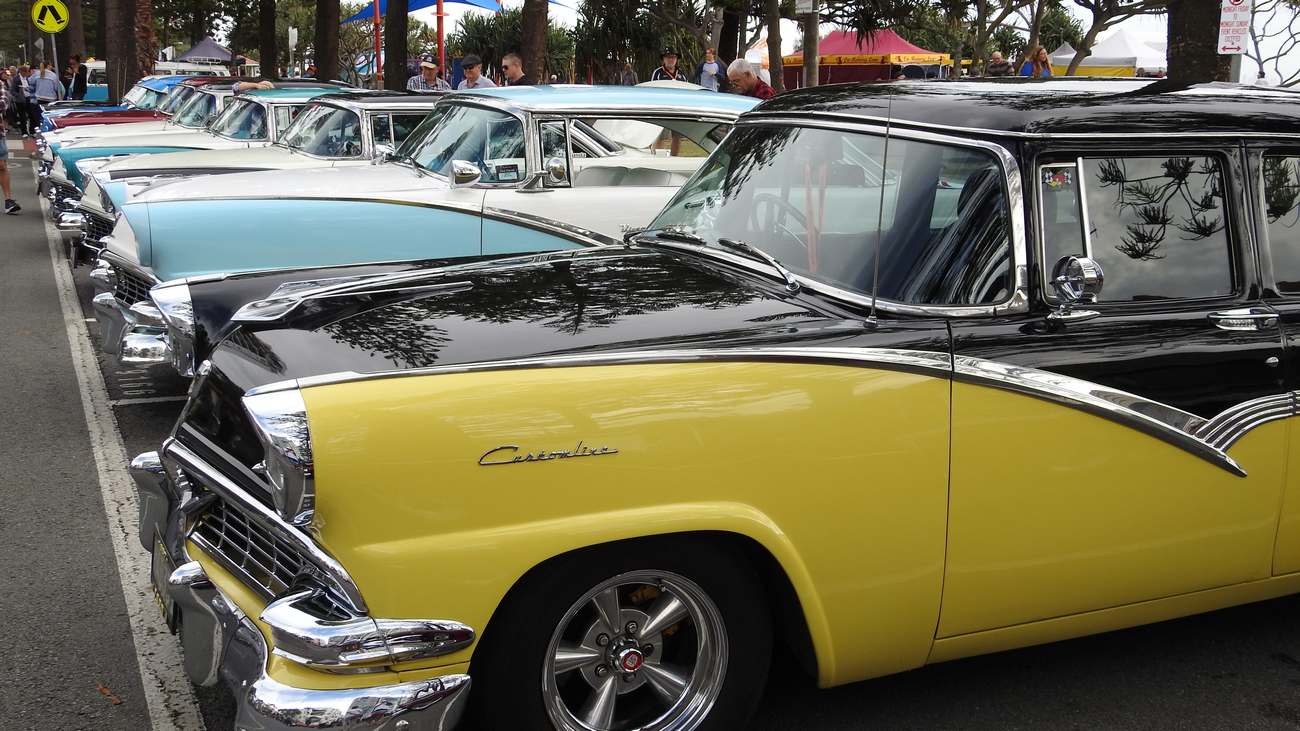 Ford that someone has spent a lot of time on. 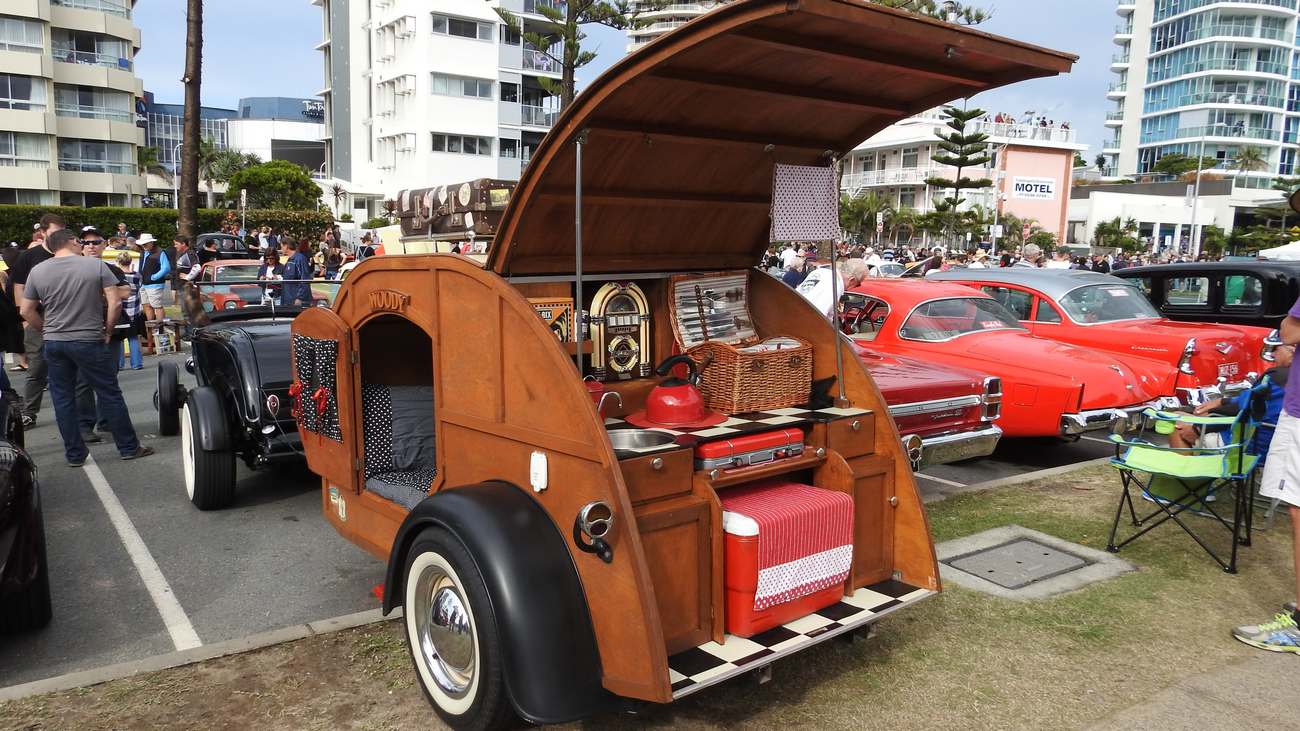 The mini caravan is similar to one used By Greg Noll in his movie Search for Surf in the 50’s. Rip Curl adopted the name The Search in the late 80’s. If you want to see where surfing and skating started it’s worth checking out. If you watch it the section detailing shaping machine to cut the balsa boards is amazing.

Wherever I went on the Gold Coast or Northern NSW the Pandanus Palms are dying. The bank at Cabarita is breaking from way inside almost to the LSC and is the best I’ve seen it break. 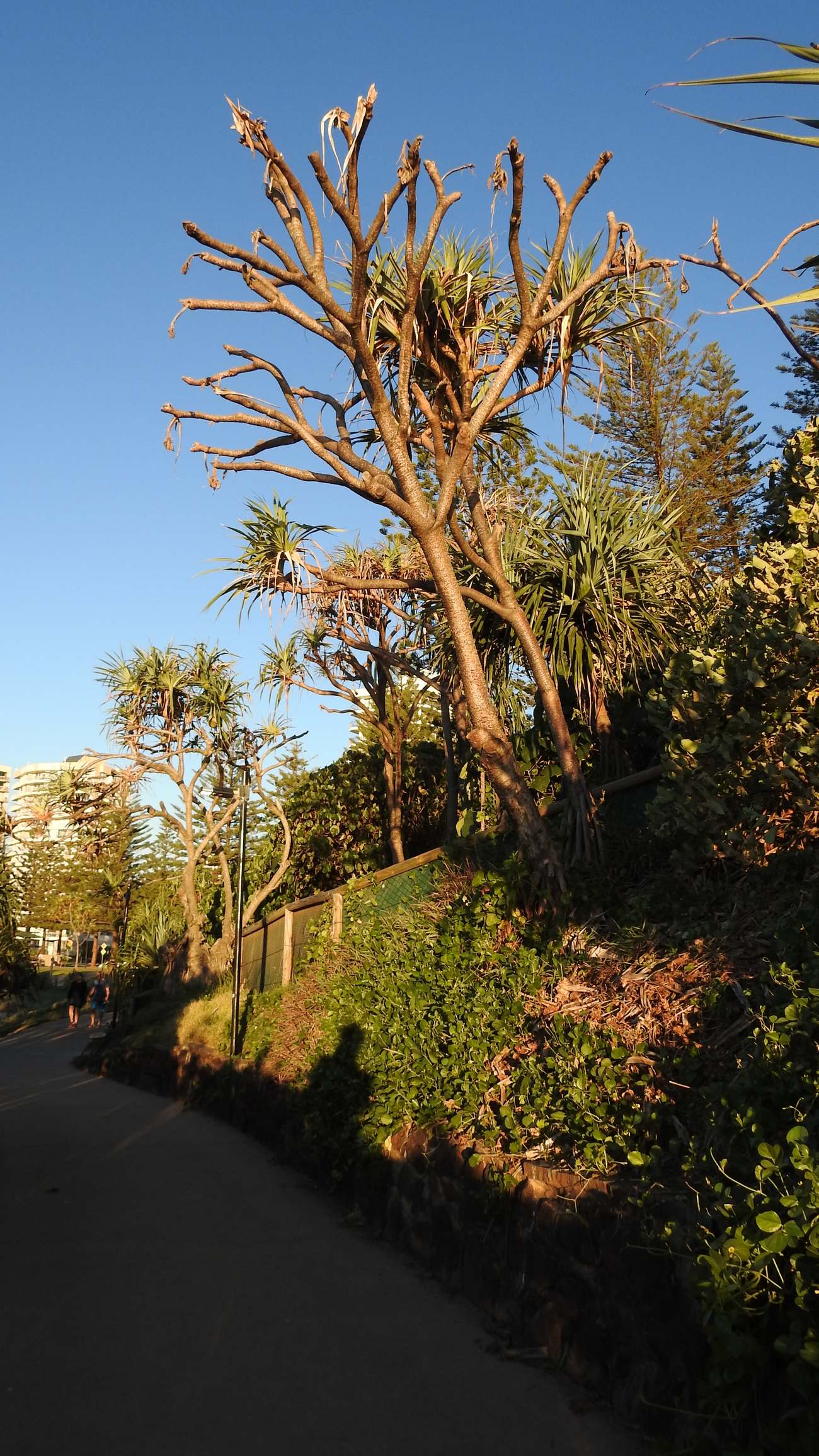 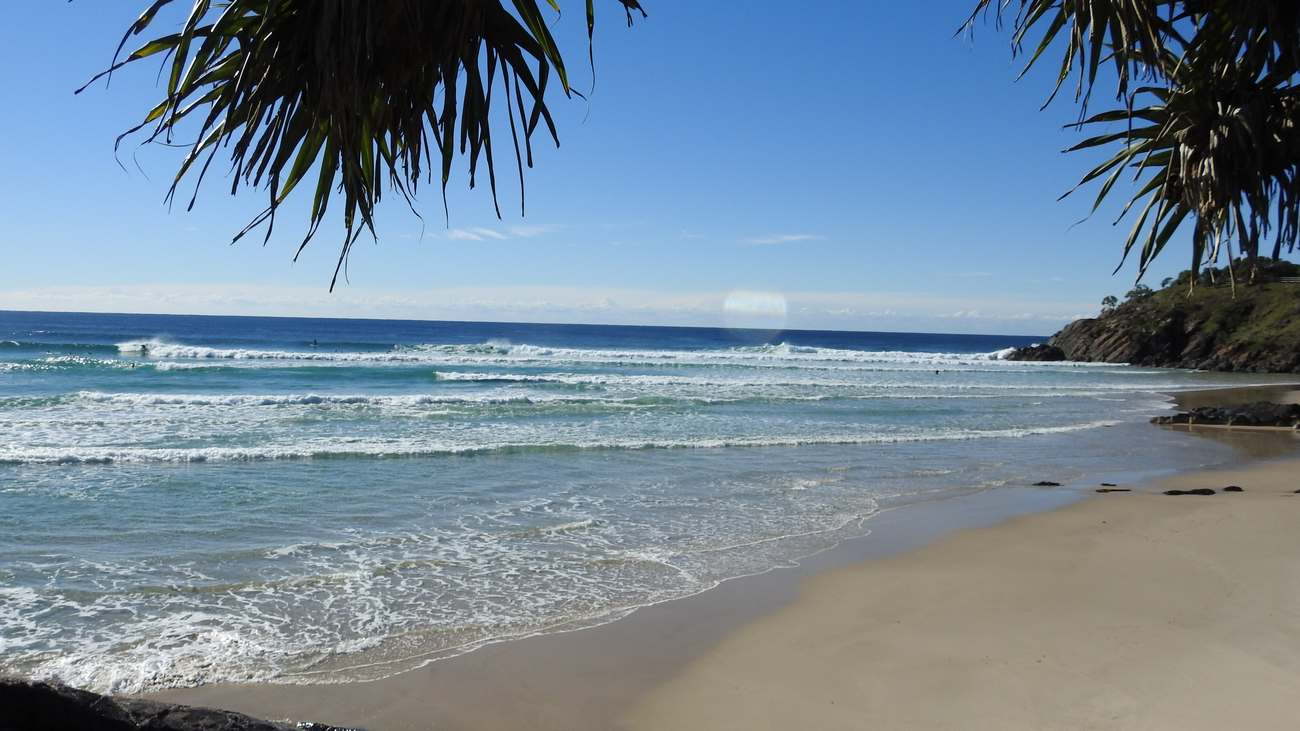 On the Monday we spent an hour checking out all of the secret breaks but in the end gave up without getting wet. Cousin Tony rang us from Lennox and said the swell was picking up and there was no one out. 1 hour later we were surfing good shoulder height waves with only 10 others. Simon left the next morning.