In Feb 1996 I arrived on the Gold Coast to find it absolutely dead flat, hardly a ripple, so I went around to Burford Blanks. Don was there and as he greeted me he said “you’ve cleaned up this time”. “But there is no swell” I said and he explained to me that there was cyclone Justine in the most perfect place offshore. Apparently if they are too close it gets really big and stormy. For the next 2 weeks perfect waves, no sets, just continuous waves varying in height from shoulder to double over head.

Fast forward to March 2018 and Cyclone Gita was big but a lot of us struggled, except of course the good guys. As always everyone new it was coming, on Saturday morning at first light there was already 100 out and we could see another 50 on the beach behind us. On Sunday around 12 o’clock we estimated that there were 500 out between Snapper and the Kirra Groin, the most people I’ve ever seen in the water and it looked really dangerous.

On the 5th day of the swell I started paddling out at Snapper and after at least 30 duck dives I finally got out at Greenmount. After 30 minutes I finally caught a really good wave and hit the beach. I spoke to Mark Harrison and he’d been out on his ski ferrying Pipa and Marlin back into the take off zone. On the really big days he had them surfing the mouth of the Tweed at 6.30 am then Snapper, Kirra and then Currumbin coming back in at 11.30 am. Harry said there were 20 skis at Currumbin and another 20 at Kirra much to the disgust of the 80 to 100 guys paddling in.

Most of the next week I surfed Cabarita beachies. 2 Days before the Quiksilver Pro the swell has jumped backup to double overhead, you can check our Snapper Cam it’s the first one I check every day just to see what’s happening.

The 2 giant egg shells are a new house just getting finished off on top of the Point Danger hill, it has the most incredible views. 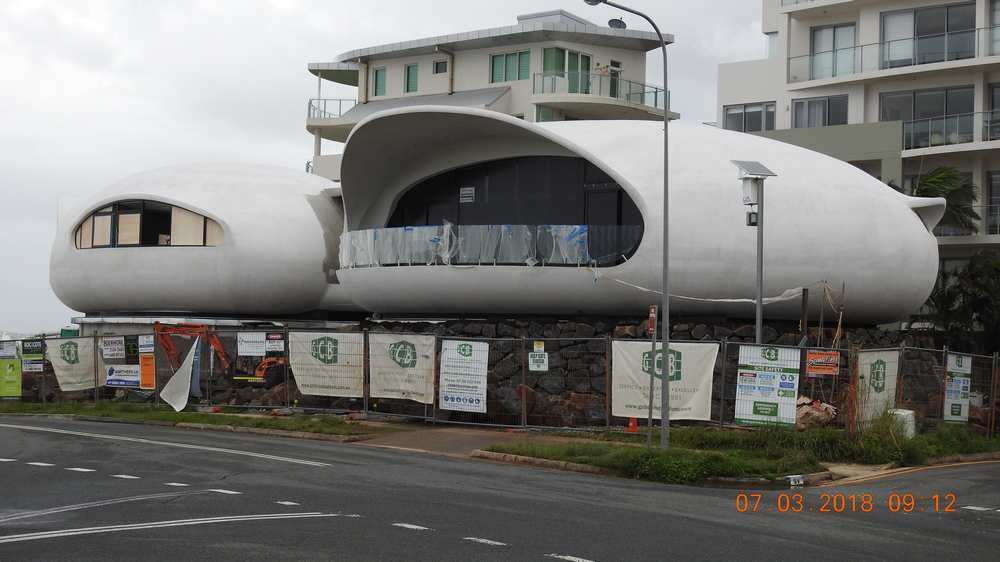