Arrived Monday 21st May good swell for the next couple of days. Greenmount suckouts on low tide, got tumbled on the bottom a couple of times so mainly stayed in the Little Marlie area until it was time to go in and then decided it was too risky to try a takeoff, so just paddled in as fast as I could between waves. Later on heard Kelly and Mick were tearing it up after I came in.

The swell got smaller for the next week and when Simon arrived to fix the Snapper camera we surfed Cabratti which was uneven with a big hole in the middle of the bank. While waiting on the hill top for Simon to come in I noticed a board getting swept out to sea, somebody was following it along the beach.

About 30 minutes later a young boy walked past carrying a yellow soft board. He said he tried to swim after it but decided the rip was too strong and somebody else had got it for him, he was from France and 12 years old, he had been travelling in a motor home with his parents and younger brother for the last couple of months up the east coast from Melbourne. Before that they had shipped their motor home 2½ years earlier to America and went down through Mexico to South America. You can check out their incredible trip at http://www.couvalventure.com/ As we left I took my new Farking legrope off my board and gave it to him. 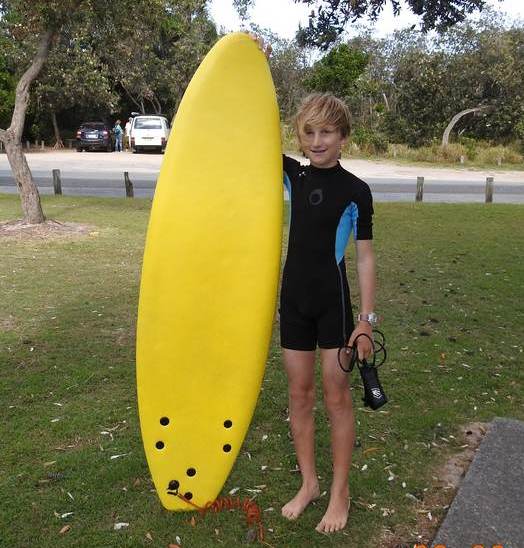 Jon with his new Farking leggie. 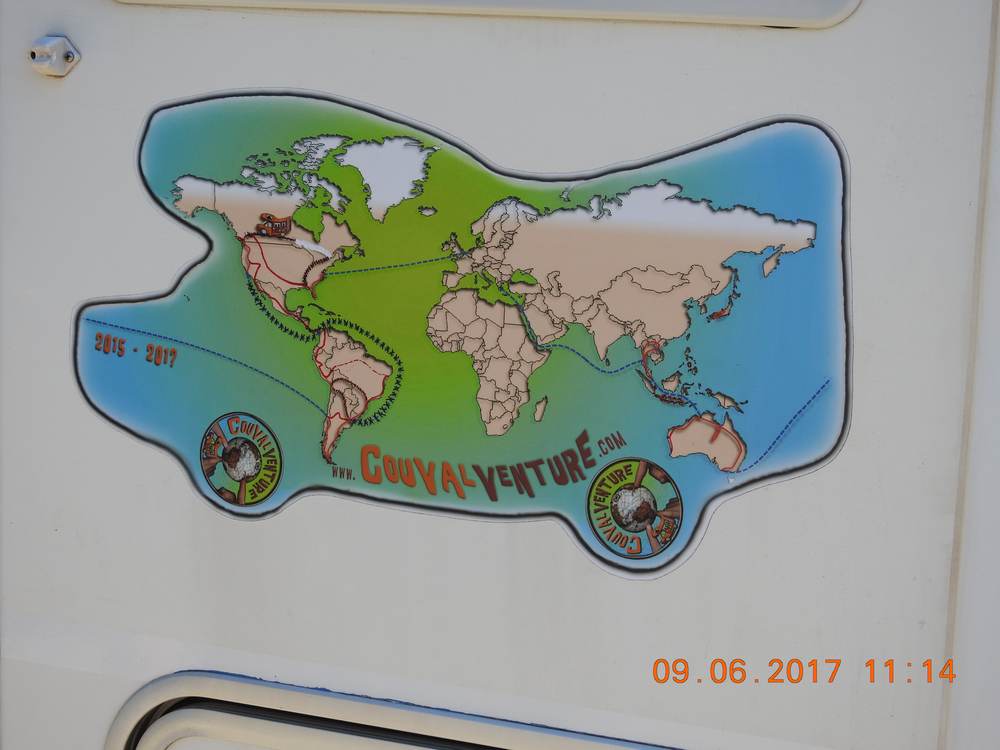 The next day 1200 old cars started to arrive for Coolie Rocks.

Simon seemed to have a plan coming together and then the surf picked up again, 6 meters on the buoy, stormy out to sea but peeling perfect in the protected Point breaks almost continuous waves like a cyclone swell. Simon’s watch tells him he had a 620m ride, he said one of my rides was longer. Simon flew home on the Tuesday saying it was the best he’d surfed the Goldie. 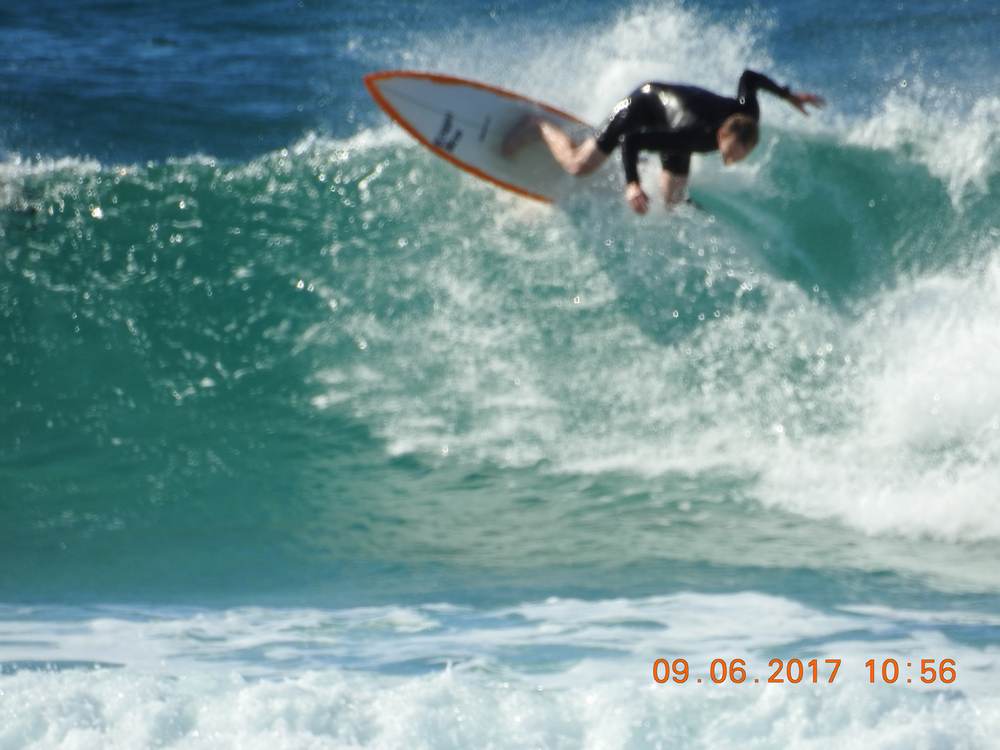 Saw the Palmie boys, probably in their 20’s riding their softies incredible well, they were pumping them to get speed down the line and would go up for a reentry and come down backwards and still make the wave. There was nothing they wouldn’t attempt on any size wave. On the walk around the 4 of them were just ahead of me and I couldn’t believe it, their boards were fin less and 7ft long.

Met Pipa and Marlin doing the walk around from Greenmount to Snapper as the current is too strong to paddle against, it is heaps easier to walk. Pat Morgan was at the look out with Melissa so we got a team picture. Mark told me just before we left he had done 6 run arounds in his after work surf, the last would have been in the dark knowing him. Left Friday 17th June after 1 last surf waist to shoulder high and fairly inconsistent, still some waves but nothing like it was. The second round of the Queensland state titles was held at Duranbah over the next couple of days and the Harrisons cleaned up with Mark winning the over 50’s, Melissa the over 35 Womens and the state title and Piper the Open and the Queensland State Open title. Marlin’s age group is scheduled to be held later next month. 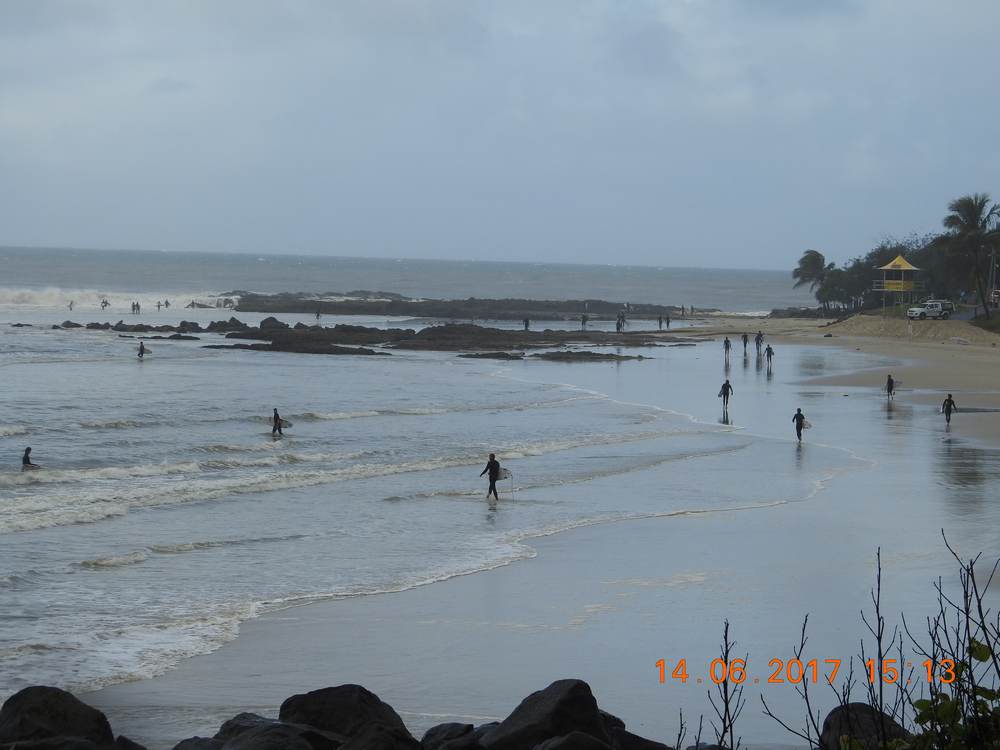 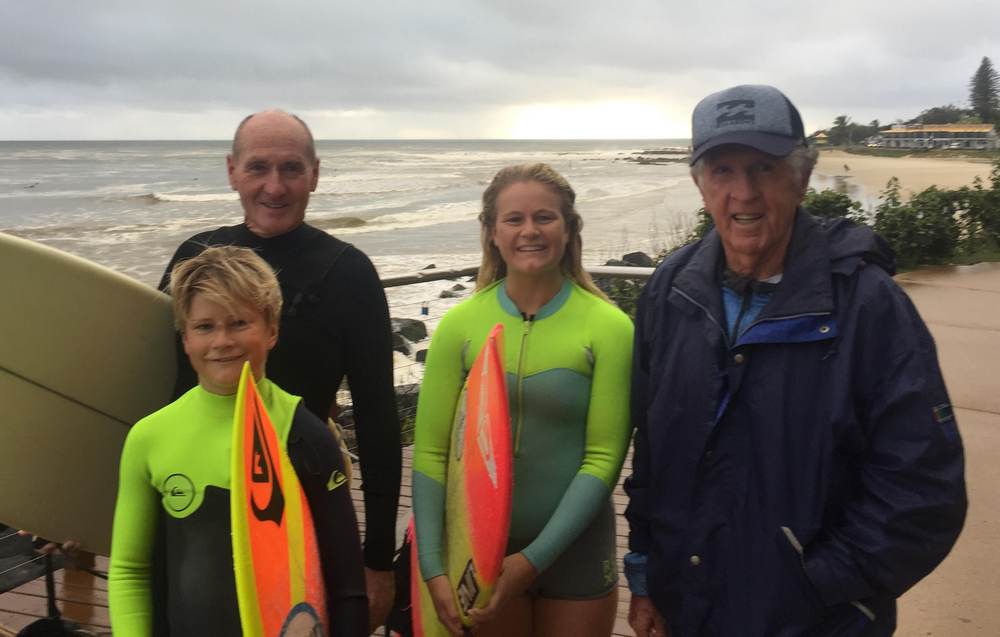 See you in the surf Phil