We arrived early February with everyone talking about Cyclone Oma which was forming about 1200km off the coast. The first week or so there were good shoulder high waves at the end of Rainbow Beach running through Greenmount and into Coolangatta. I’d seen on our Snapper Surfcam almost 2 months earlier that there was no sand anywhere in the Rainbow area, just a big deep hole and nothing breaking at all.

I meet Mark Harrison and mentioned I couldn’t believe how good my 6’2″ Nuke 2 was going 5 days in a row. On the 6th day I got carried away with my ability and went for and made a really aggressive snap, the direction change was too much and I felt a pop in the top of my leg and an incredible sharp pain shooting down the back of my leg. I emailed Bryce my physical fitness adviser, who said AFL footballers take 4-5 weeks to recover, ice every 3 hours. I could only take short strides so I rested.

Luckily the swell from Oma arrived and I couldn’t surf so I spent a lot of time watching and taking a few pictures, it was probably 6-8ft at Kirra and then when the Bombi broke about 500m out to sea it was a couple of feet bigger, there were heaps of crew out and at least 20 jet skis and 30 at Currumbin. A lot of them riding their normal boards like 5’ 6″ twinnies or really short boards, I think they were dreaming. 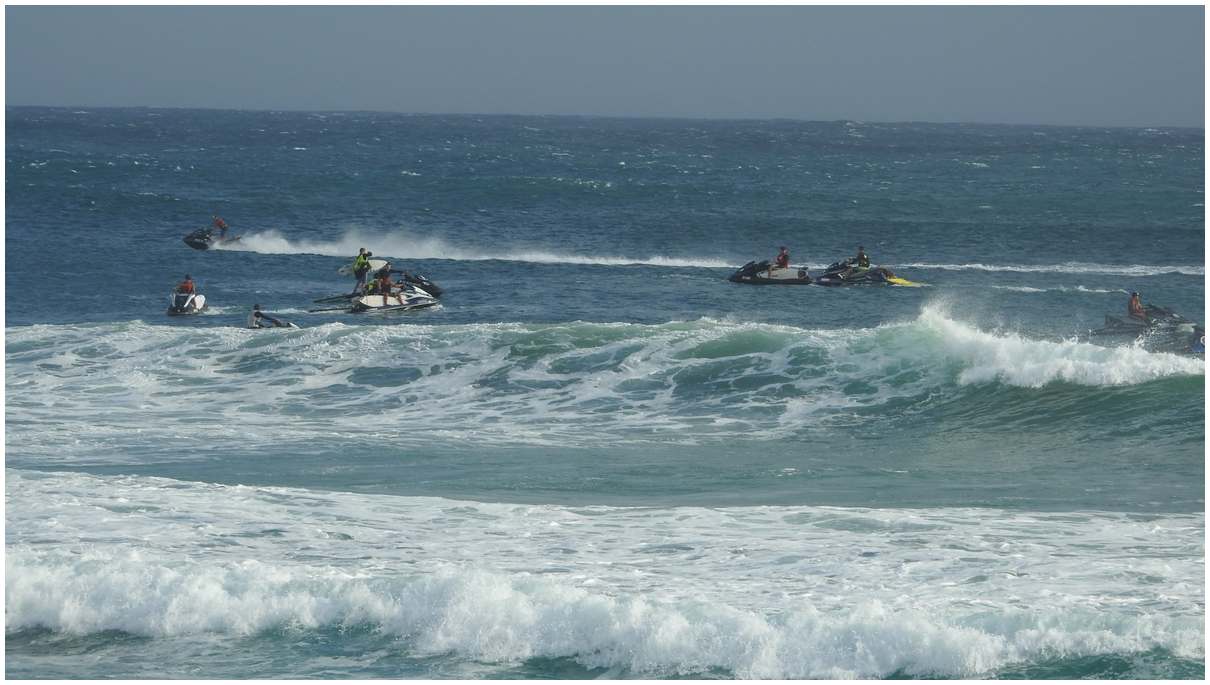 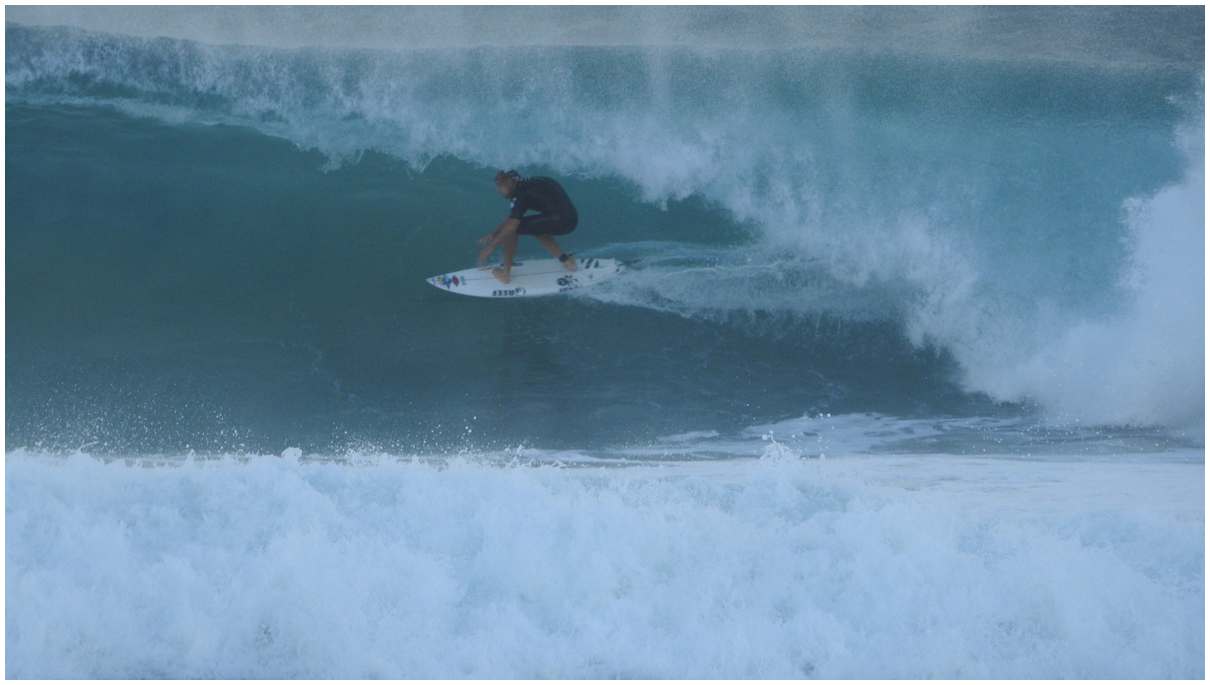 There were some incredible waves being ridden but it wasn’t breaking consistently, some would peel really good then a few would close out. Snapper was just a wall of massive white water 200 meters wide. If you have a close look at the picture of the groin there are 4 guys riding waves in the background but there was no consistency in the break. From where we stay I could see guys getting towed in at North Kirra. On the second day of the swell we noticed a person getting winched up off Tugun, it was on the news that night that a jetski had sunk and 2 guys had to be rescued, Harry told me later another 2 guys had to ditch their boards at Currumbin and managed to get their immobilised ski back to the beach by catching an 8ft white water wave and somehow hanging on. Baddy Trealor apparently went to a secret Island break to the North where he got into trouble and had to ditch his ski that was getting blown out to sea, bad luck Baddy. Apparently the police were taking pics of the ski rego numbers of anyone who went too close to the guys trying to paddle in.

The shots of Duranbah have a couple of guys in some sort of a boat with an outboard, nobody could believe the way they were taking on the massive swell and then going almost to the beach and going back out through the breaking waves, they were obviously super confident and did survive. 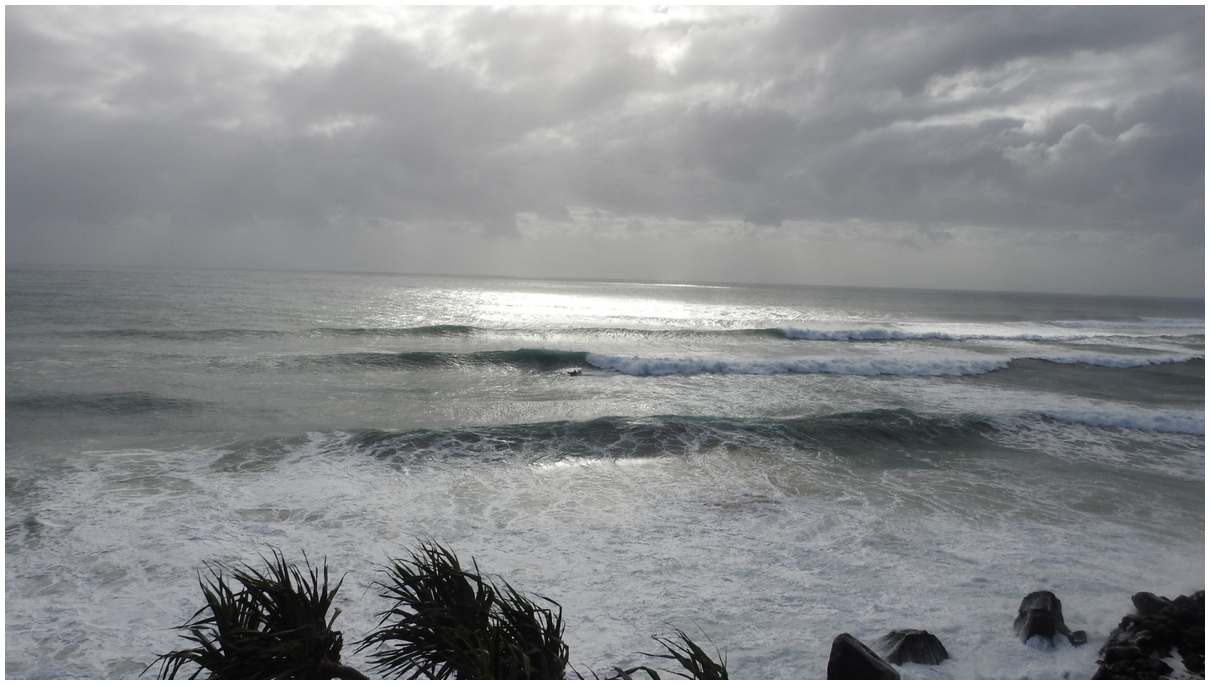 The swell dropped over the next week to shoulder height with the odd bigger set but still no beach had a consistent break, so I decided to take my 9ft Innovator out and just cruise.

I had 3 or 4 straight liners did a couple of duck dives and even tried and successfully completed a couple of Eskimo rolls. Got back on the Nuke 2 and had a couple of very cautious surfs without any problems, but swapped boards with Geoff, made a late take off but my front foot slipped and I felt the same pop in my hamstring. Back to the start with more icing.

The lady in the sequence below was the second in 20 minutes that nearly got washed away, the first wasn’t so lucky she went right under. Harry had told me last big swell he pulled a lady out of the water who was wearing a long dress. She was pinned to the bottom and was getting dragged out, lucky Harry was there! 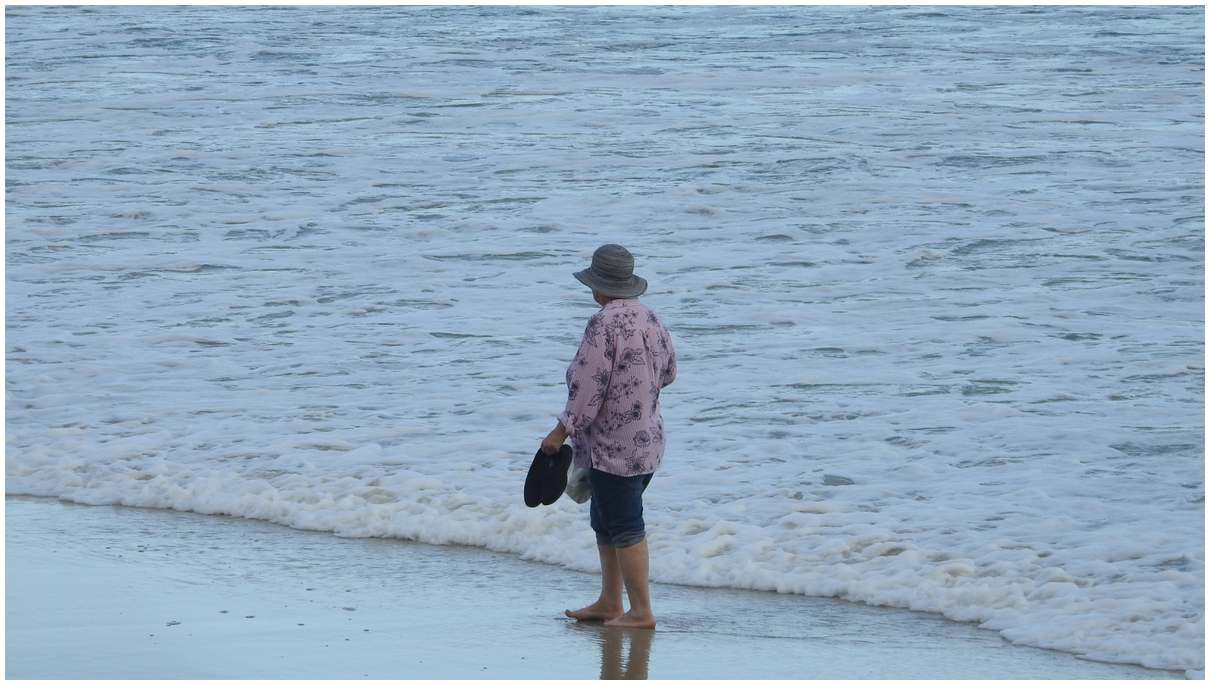 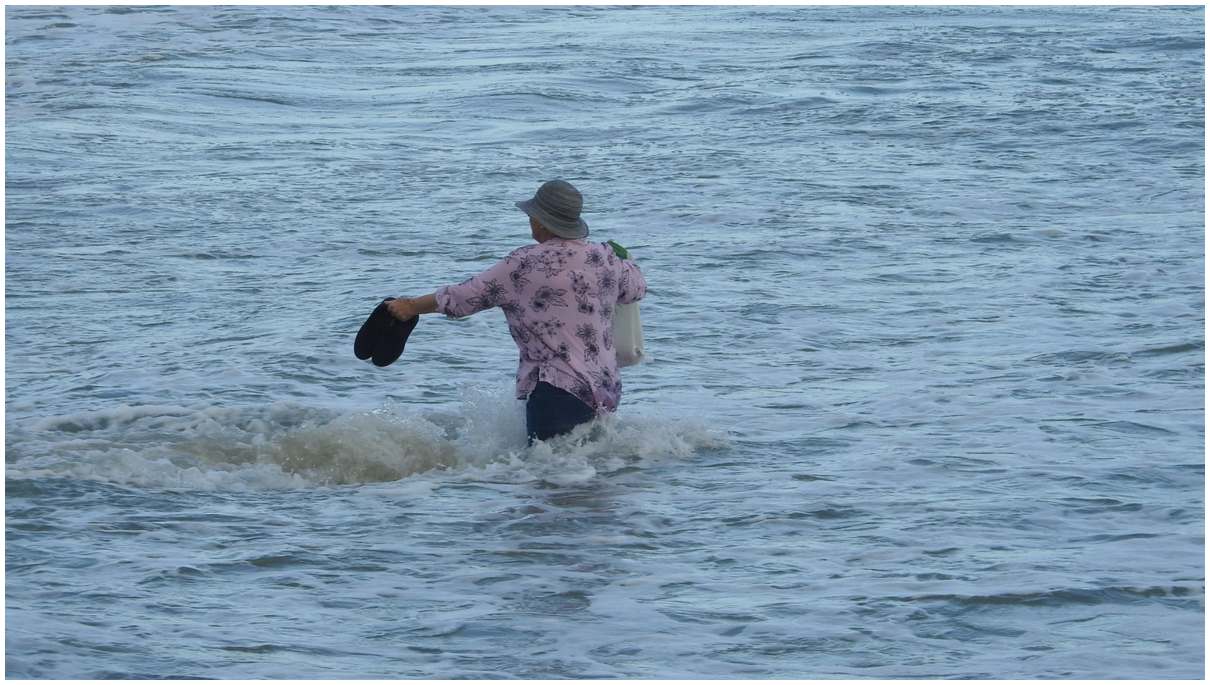 See you in the surf 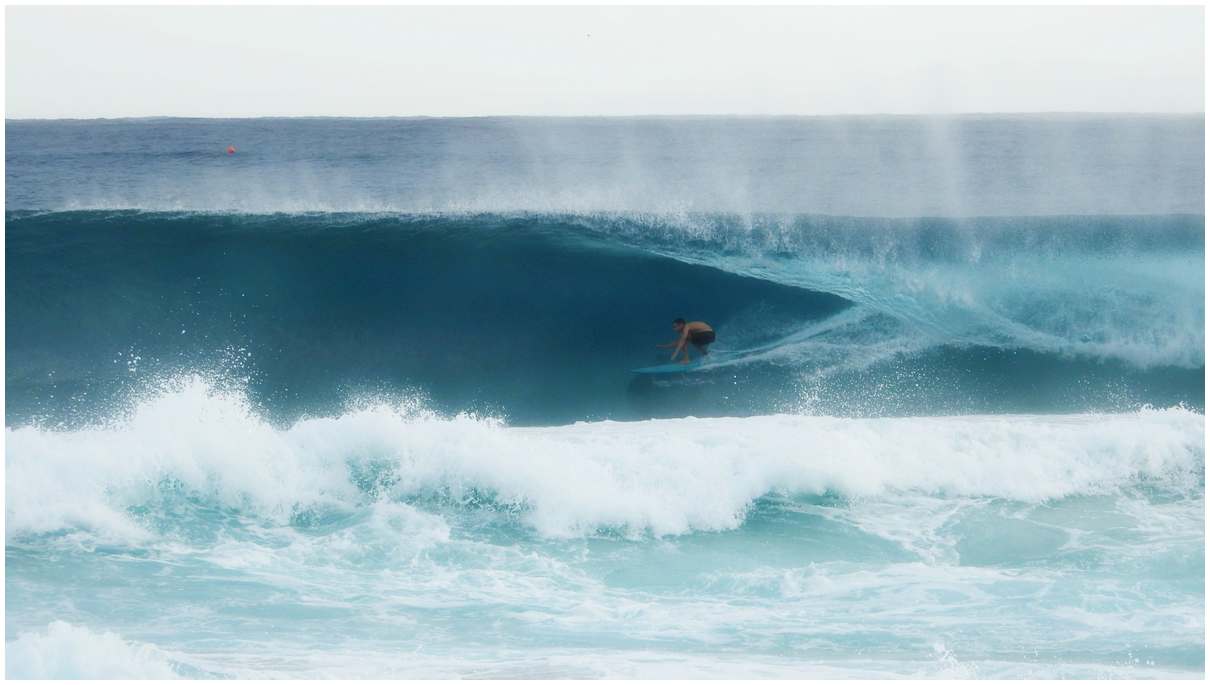 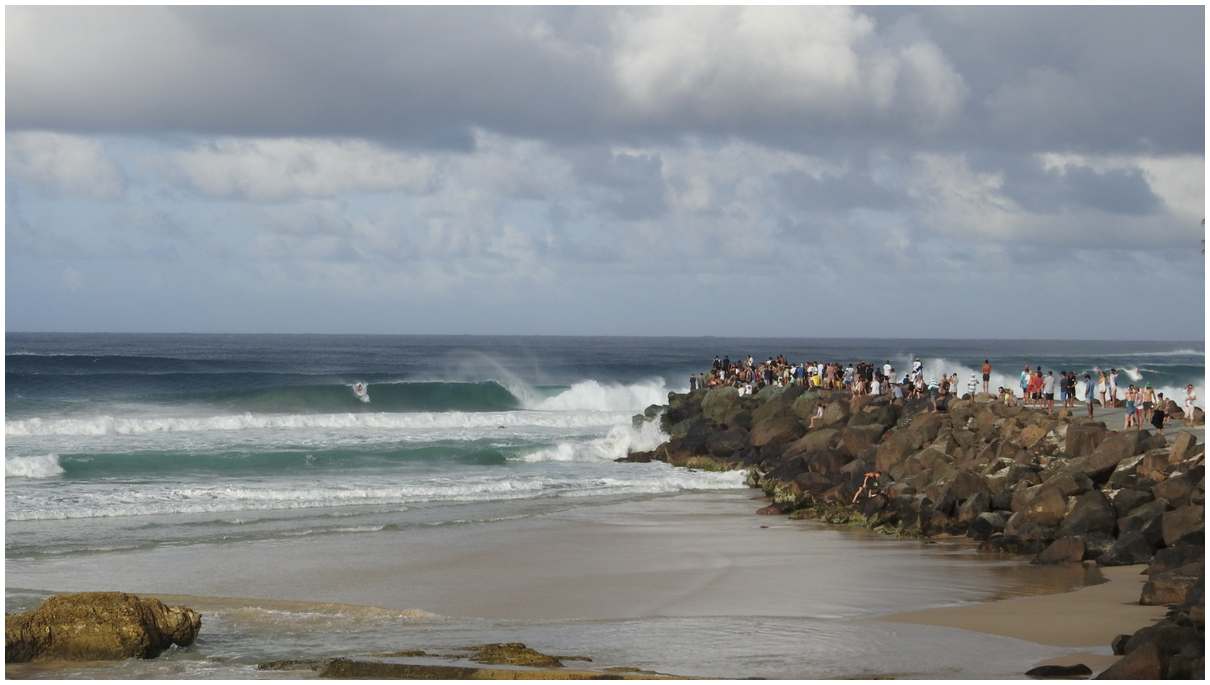 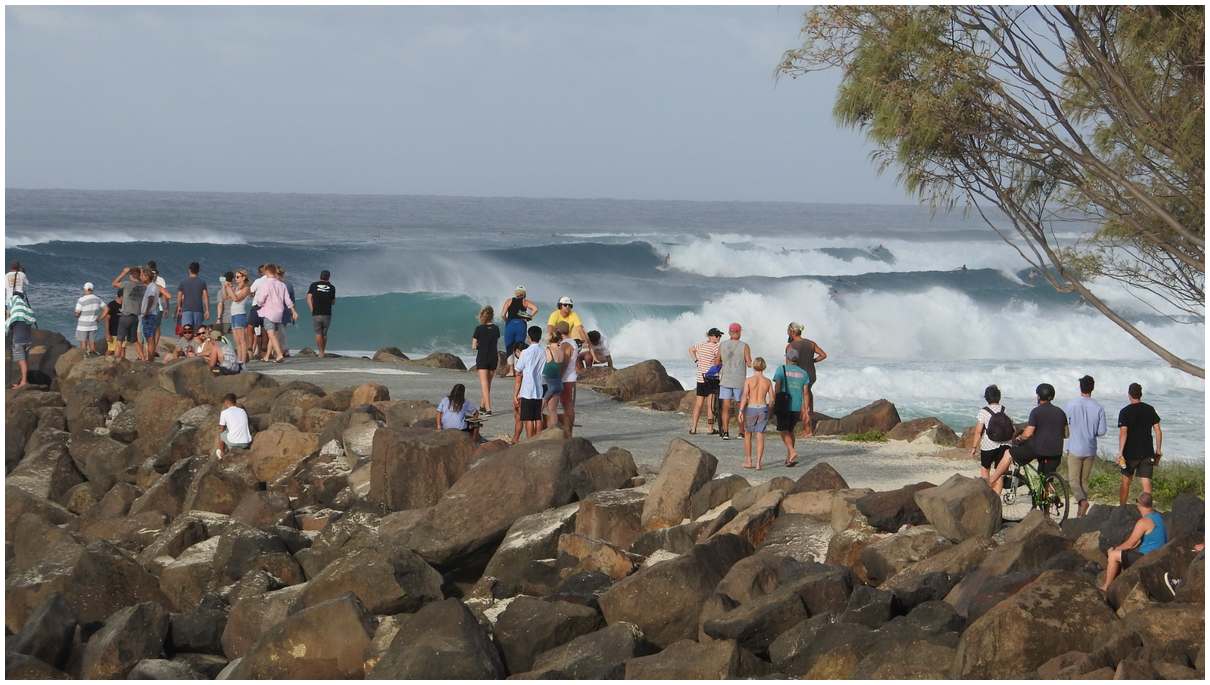 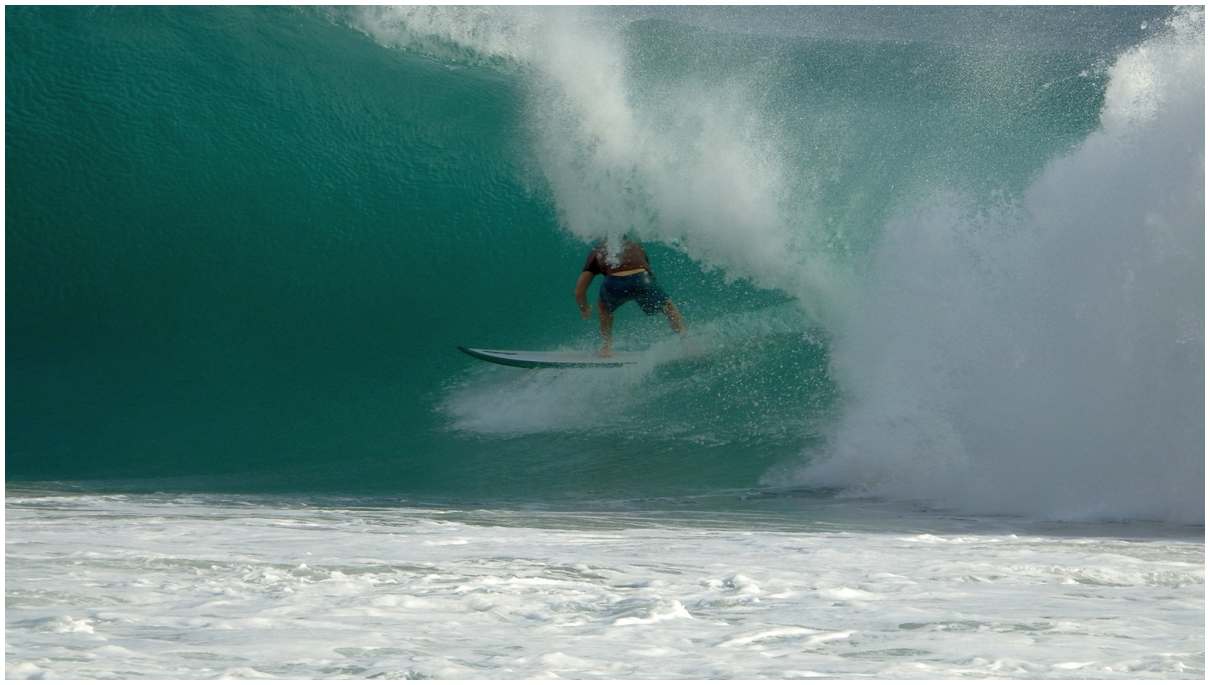 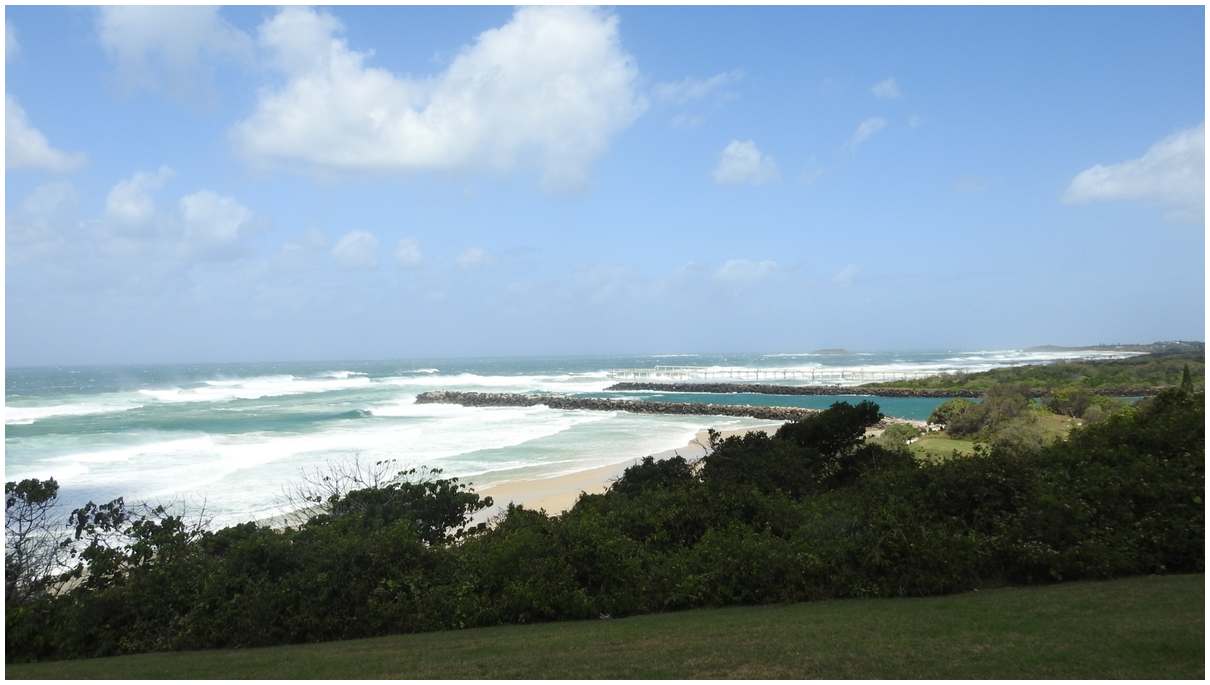 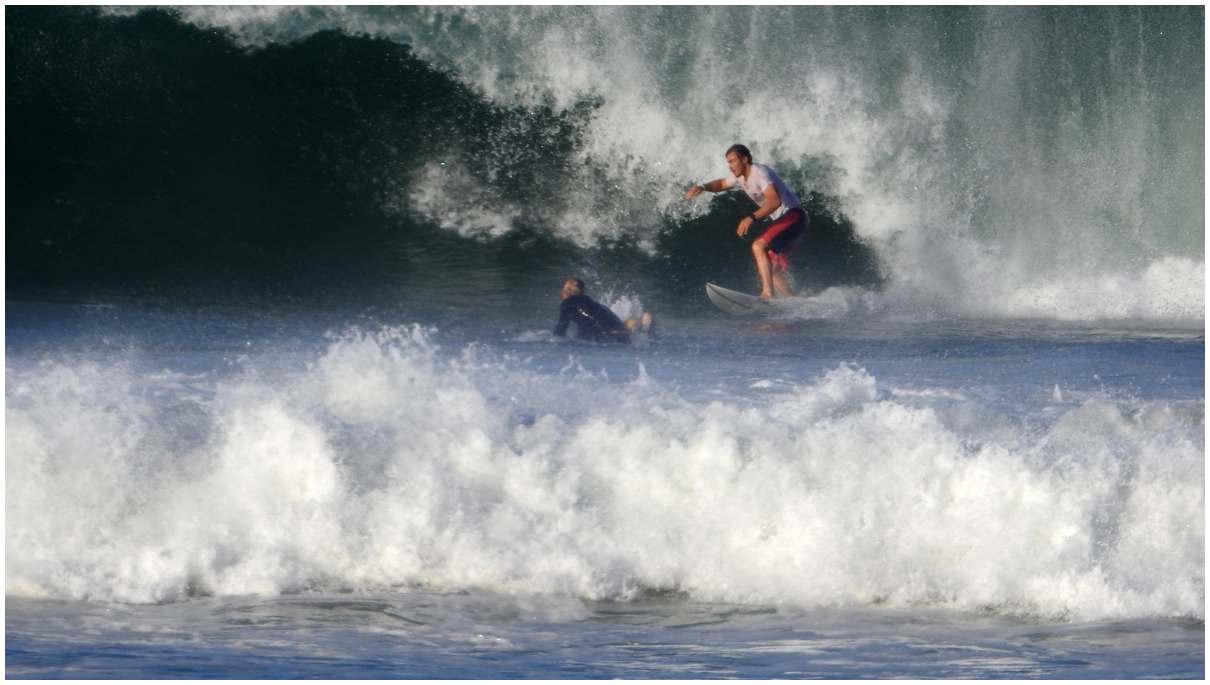 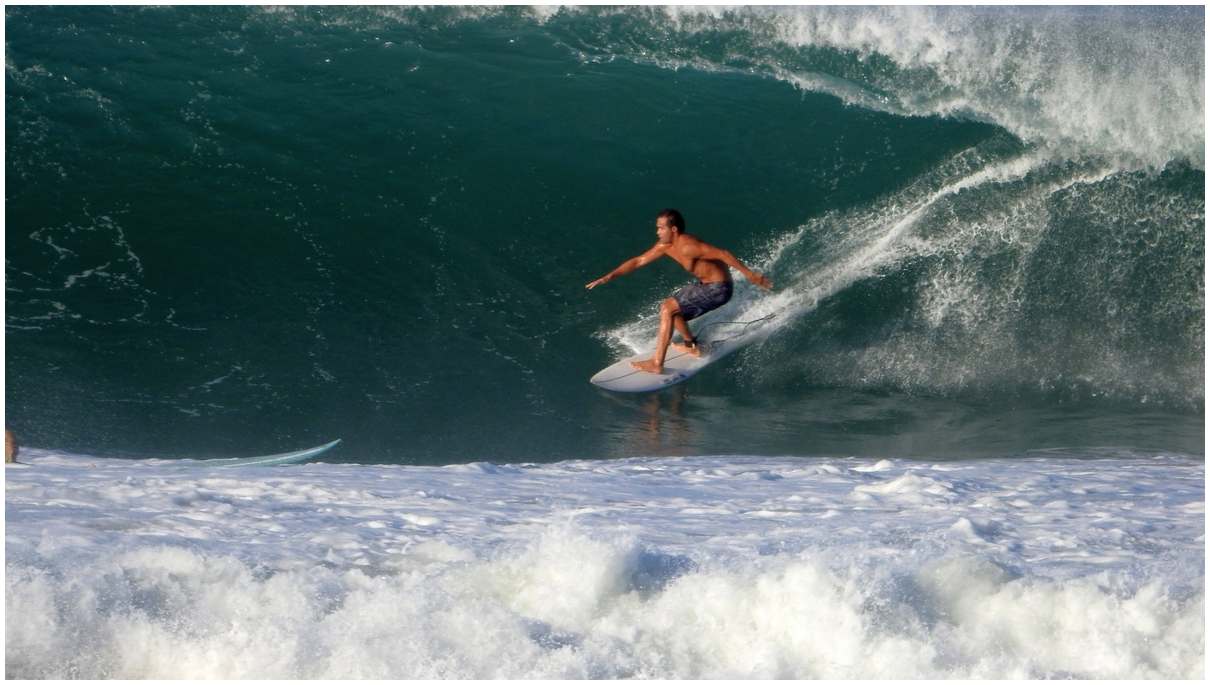 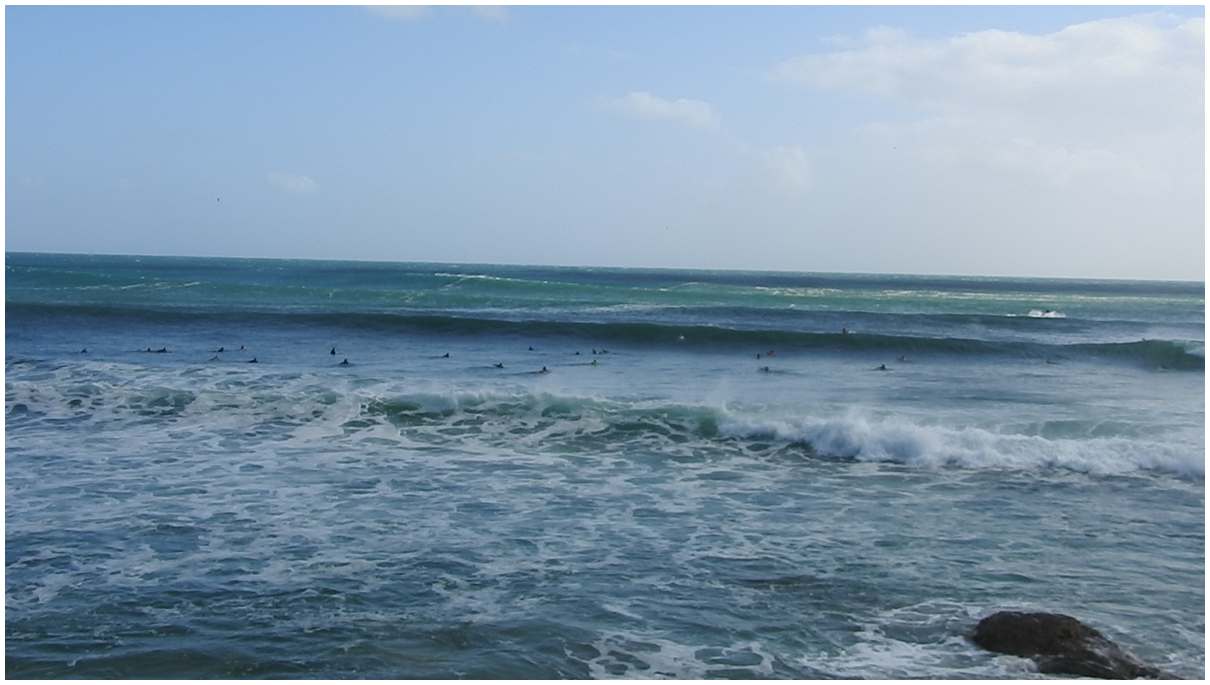 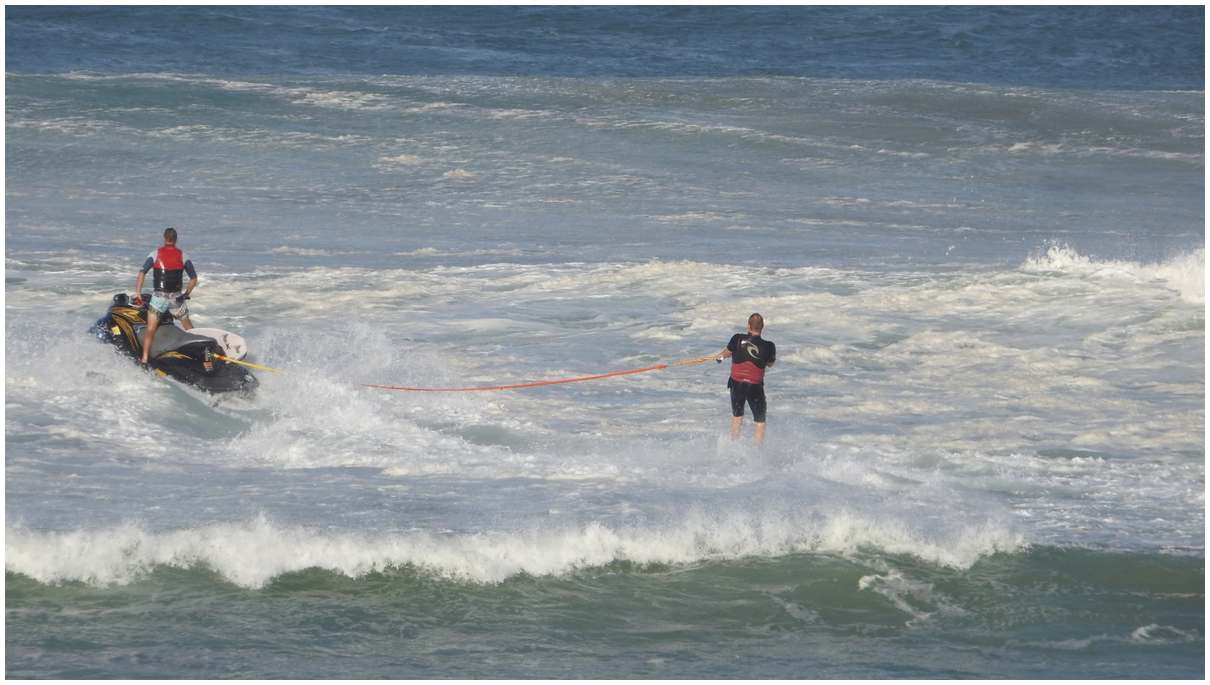 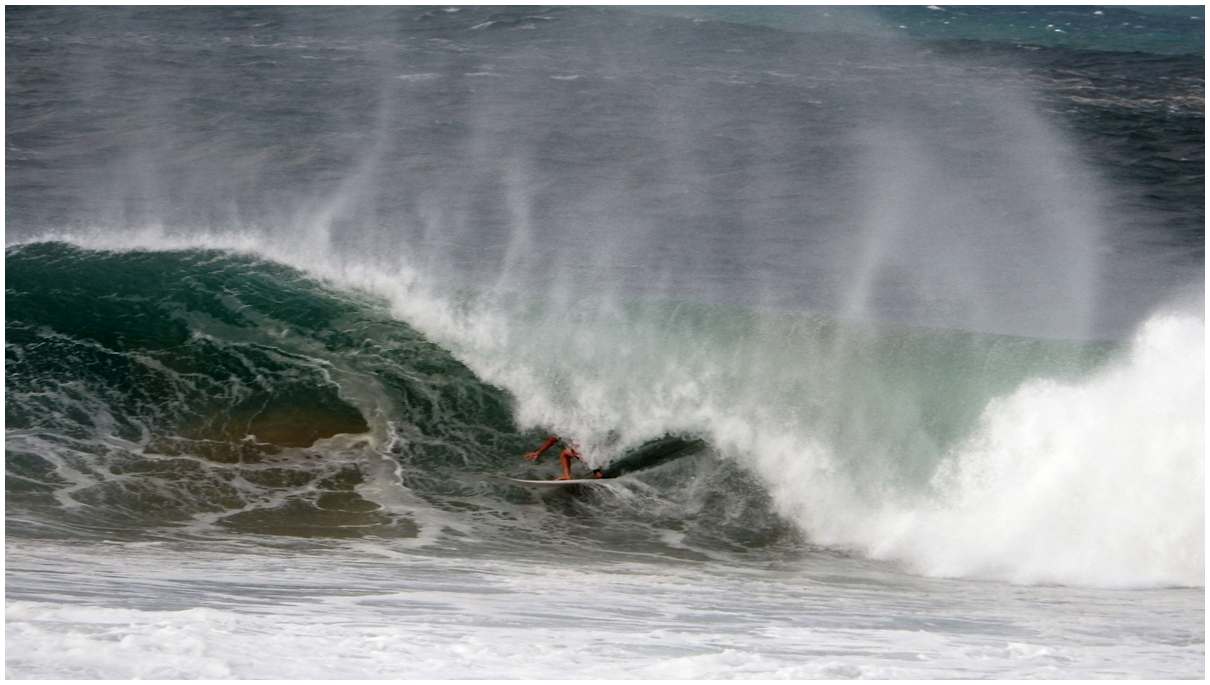 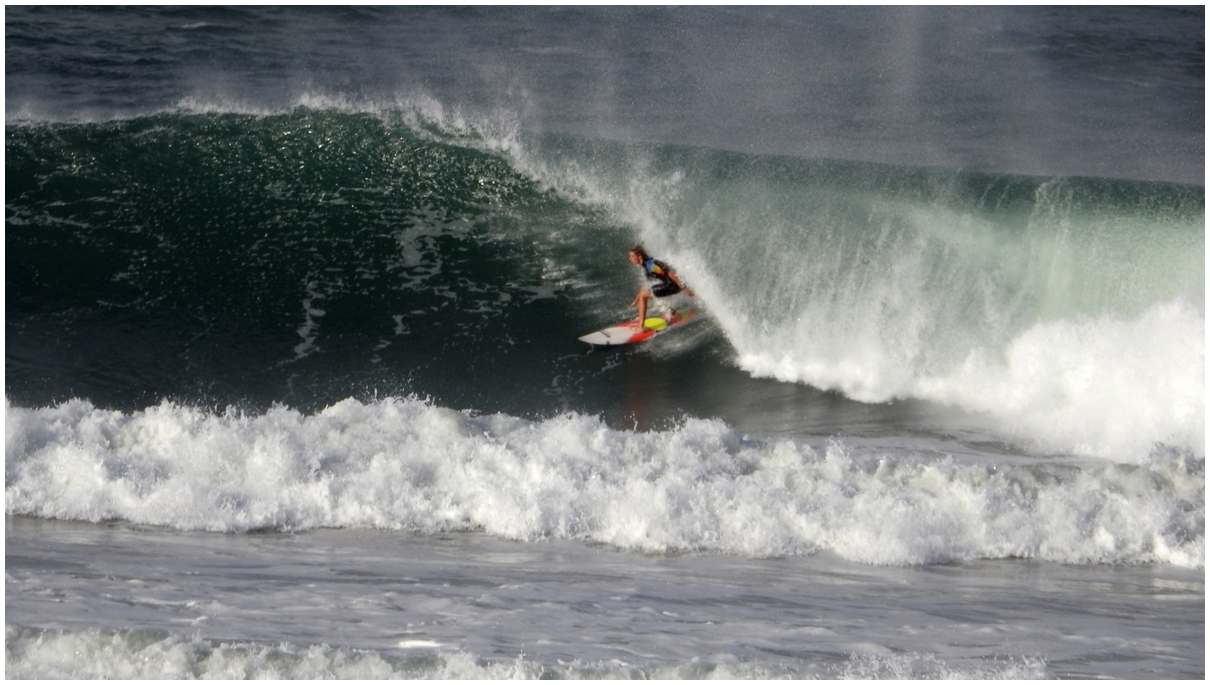 EDIT: Sad news to hear that David “Baddy” Treloar passed away from a heart attack after surfing his home town of Angourie yesterday.