Call Us: 1800 TRIGGER
Trigger Bros Surfboards / Surfing / Foils. Are they the Future ?

Foils. Are they the Future ?

It was 2016 when we all marveled at Kai Lenny kicking out of a wave and pumping his way back to the line up and catching the next wave all while hovering above the surface of the water.

With foils having years of exposure across multiple sports, firstly from Windsurfers in the 90’s and then the pioneering work of Laird Hamilton in the surf, we are finally able to walk into a store and buy a foil off the shelf. The SUP crowd are more than happy to embrace the new and most of the development is coming from the leading SUP brands who also happen to be long term windsurfing brands with years of experience working with composite materials and manufacturing techniques.

The PWA is now running a foiling windsurfing race division in light winds and the sport of SUP racing just had their first 1km foiling race where the riders paddled the boards up onto the foil on the flats. Foiling definitely has a future at the elite athlete end but how does it stack up for the weekend warrior or keen surfer?

The successful footage is of Glenn Ashby who borrowed our demo and towed it behind a boat, which is what a lot people have advised to get the feel of it. Of course Glenn has a lot of experience with foils having won the Americas Cup on a foiling catamaran.

The crew in the pictures below are going out at Kirra which is becoming a foiling favourite spot. People walking around Kirra Point are amazed at the way they glide across the wave and then pump them back onto the next wave, obviously they have never seen anything like it! 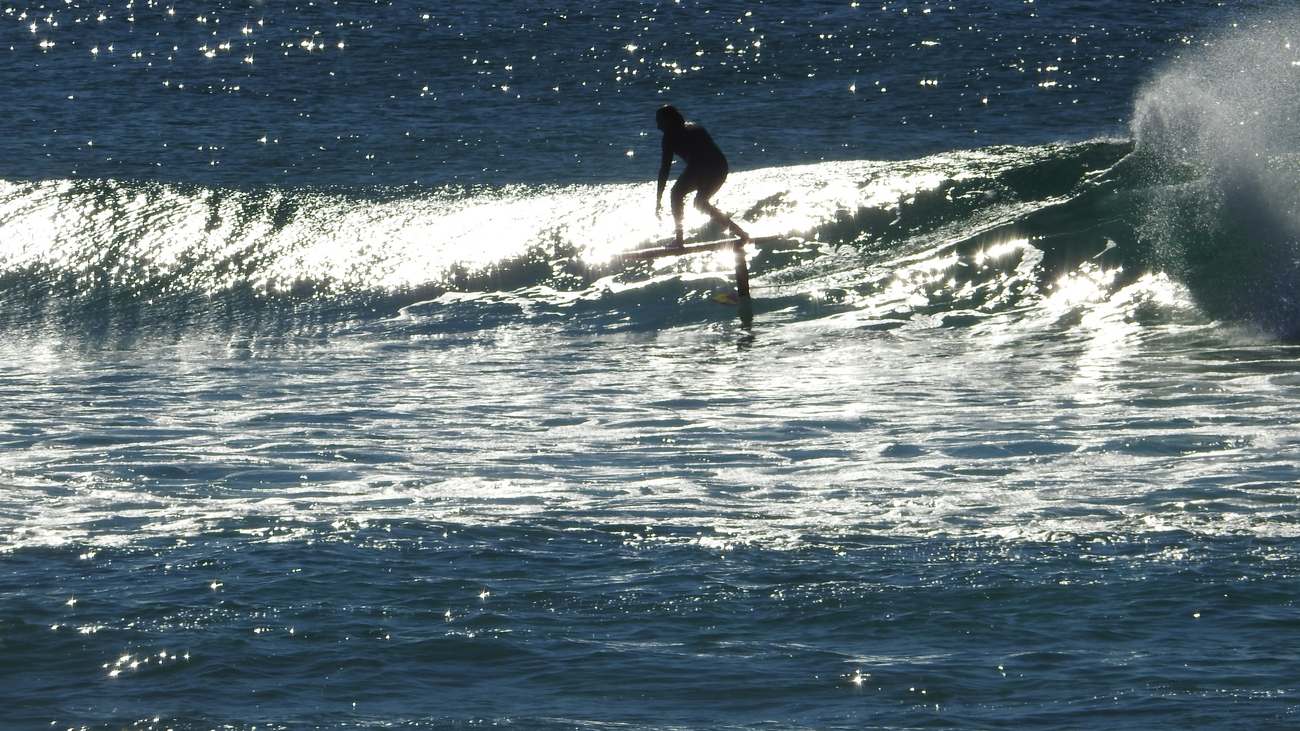 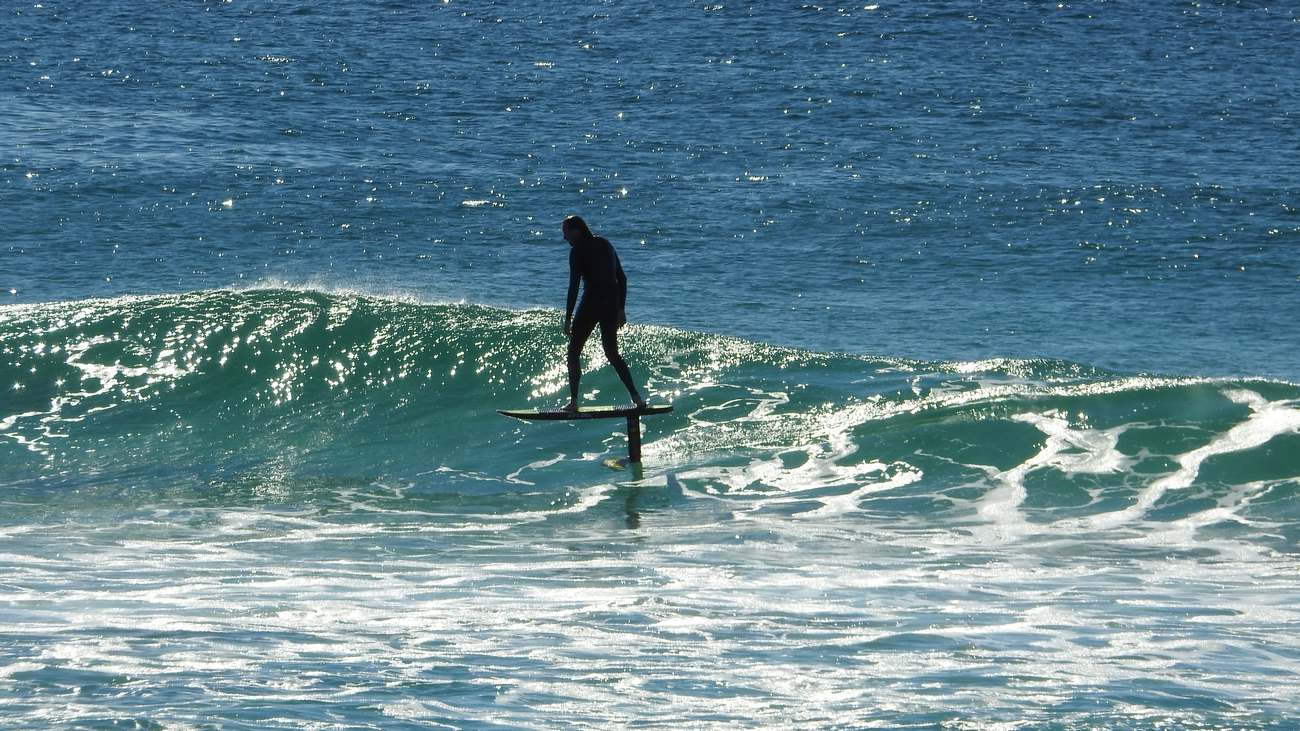 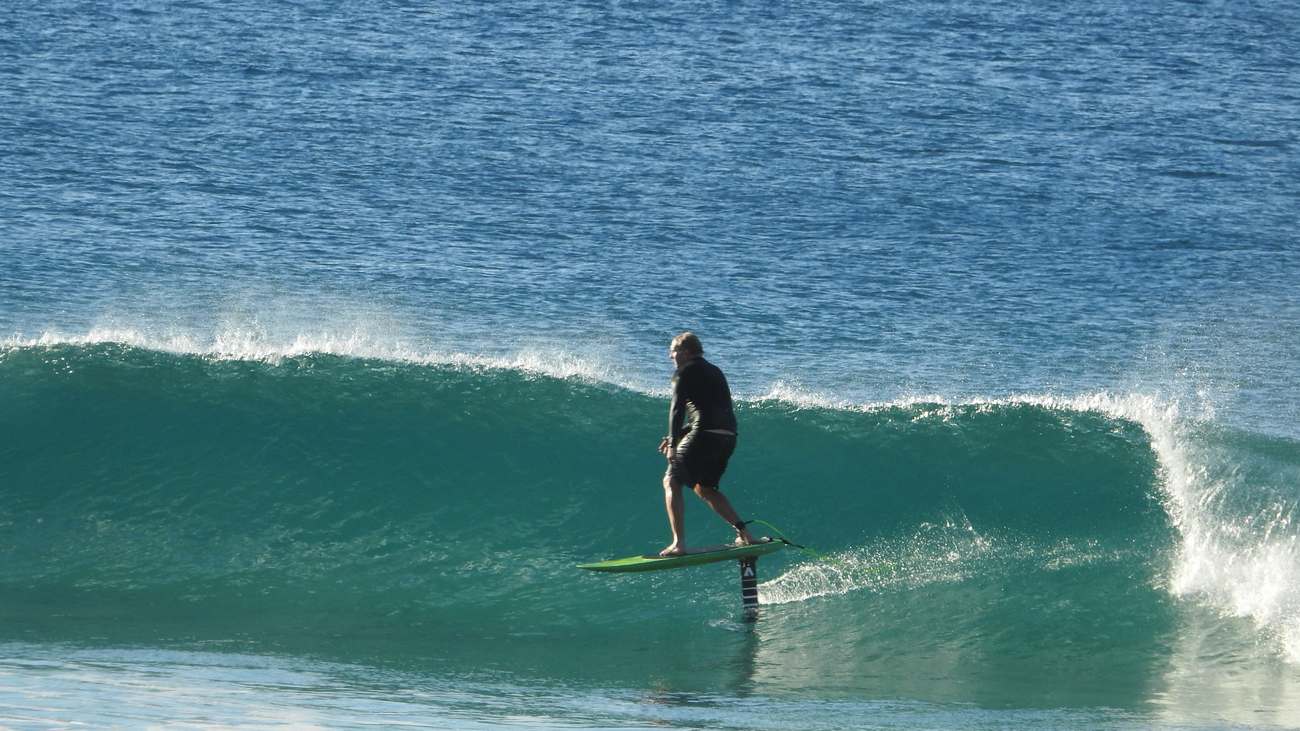 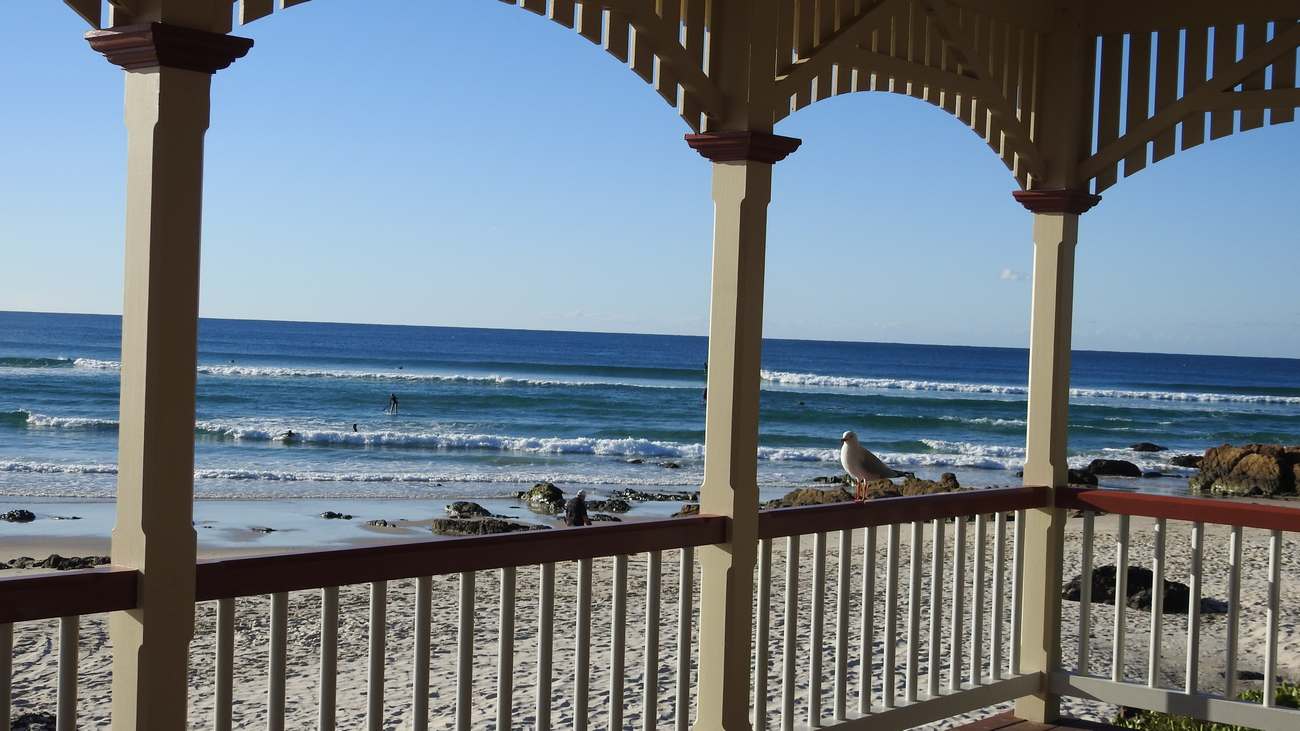 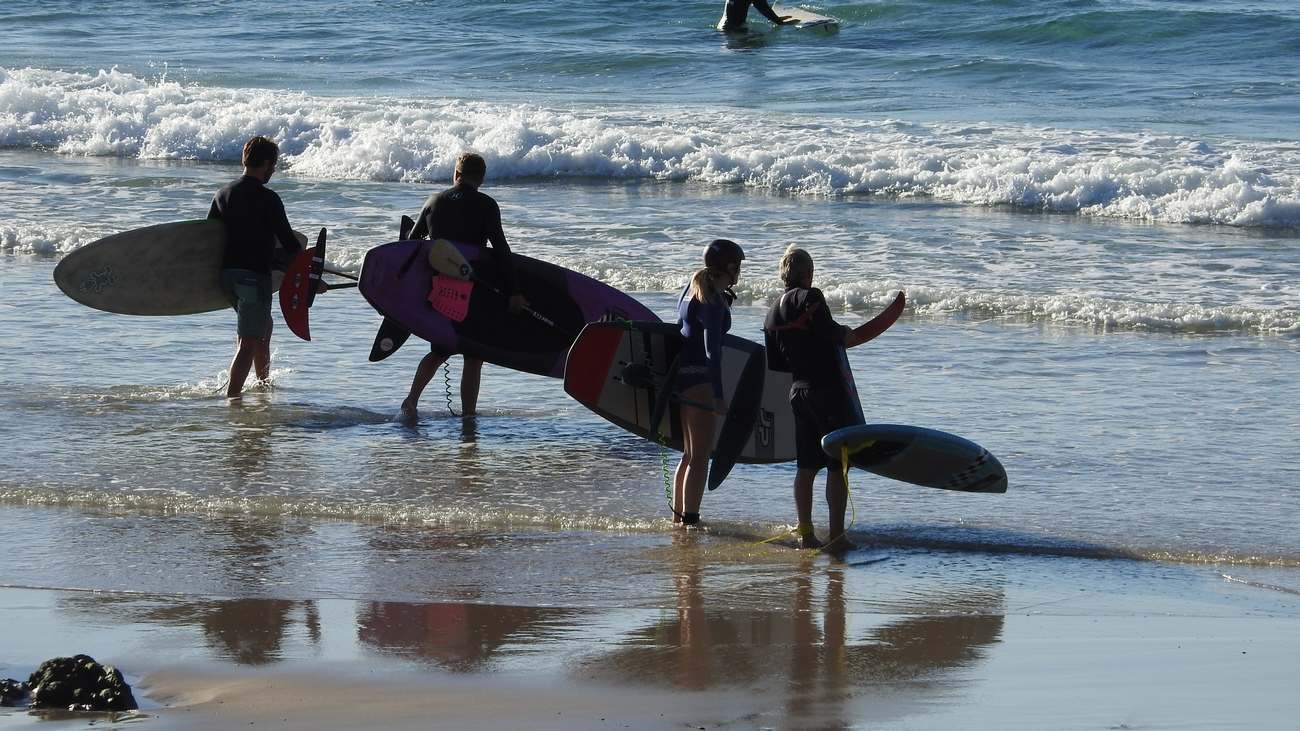 The demo SUP or surfboard are available to try from our Point Leo store. 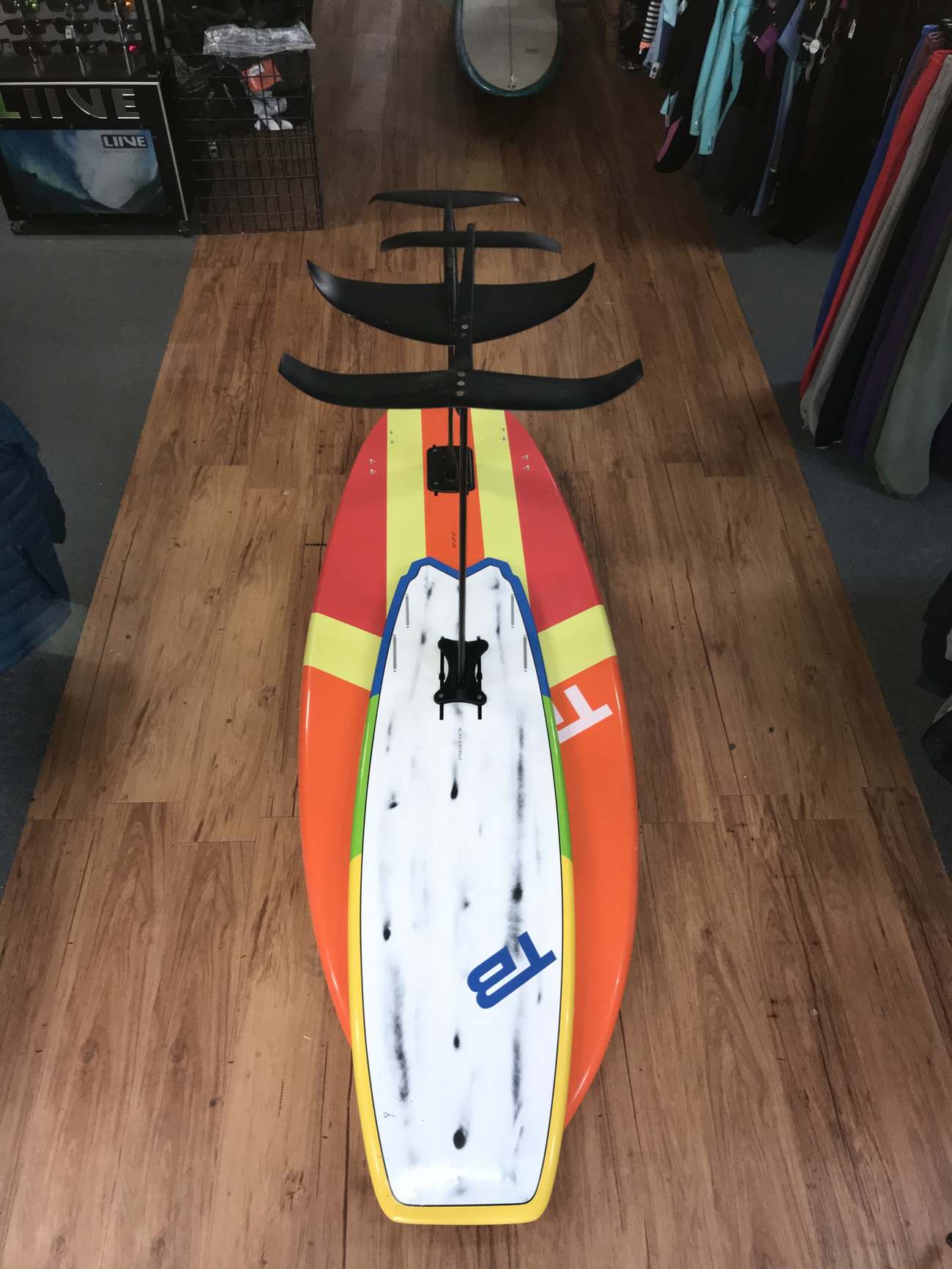 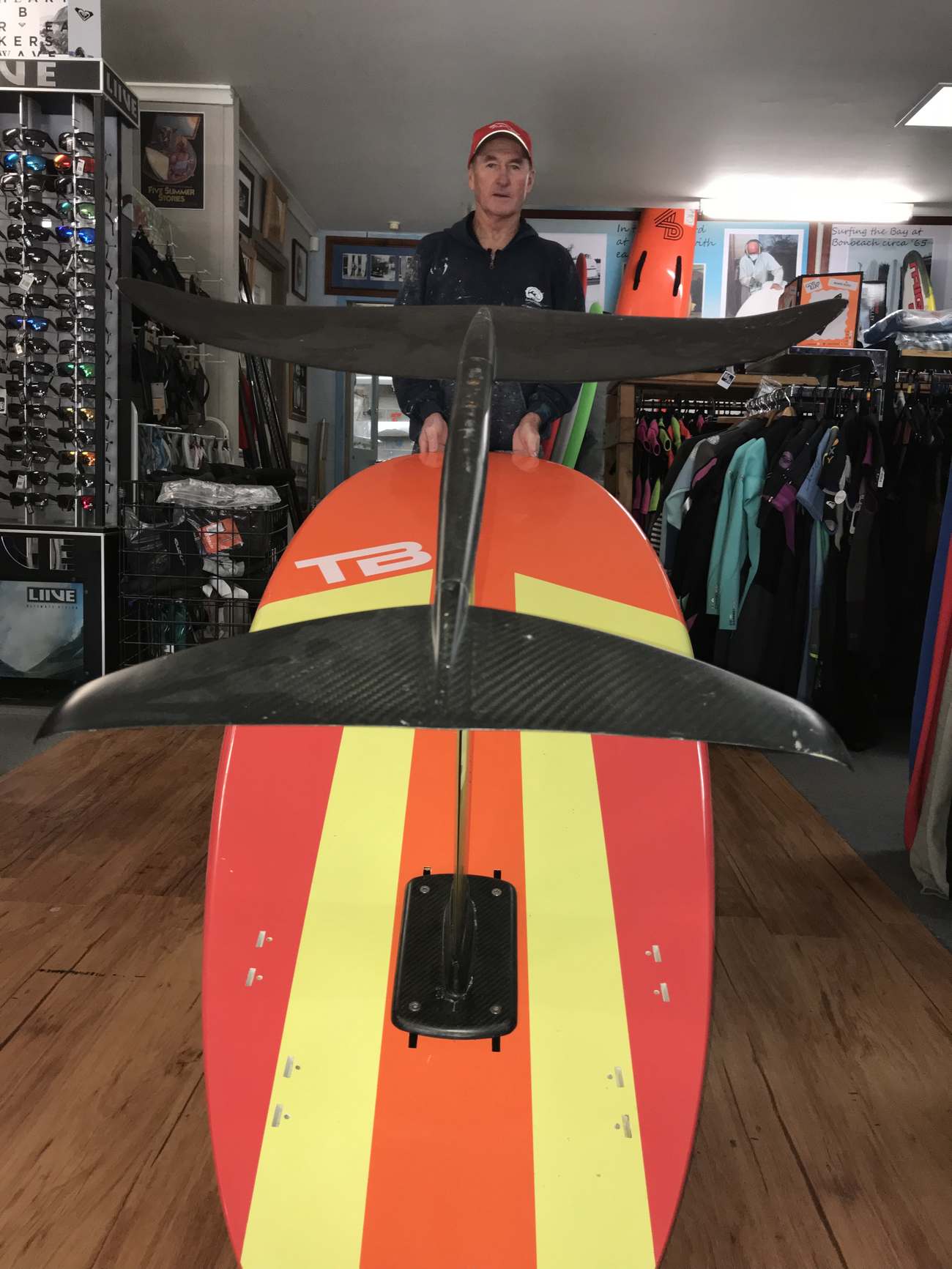