Call Us: 1800 TRIGGER
Trigger Bros Surfboards / Snowboarding / A couple of chips off the old block

A couple of chips off the old block

It’s another Coates and another Coates. Theo and Matilda on centre stage.
Phil Coates was a legend surfing champion from the Trigger Bros Stable.
He rose from Junior title holder to producing results of 1st, 2nd and 1st at three consecutive Vic championships held at Bells beach, plus a handfull of Peninsula boardriders titles.
Phil’s wife Felicity  is also an outstanding  athlete whether skiing or surfing.In horse racing parlance the Coates are Black Type and at Trigger Bros we are very proud to have had such a long association with  such a nice family.

Matilda (17 yrs of age) and Theo (14 yrs) are both very successful alpine ski racers in the technical disciplines of Slalom and Giant Slalom. Alpine skiing is about as pure as it can get, a beat the clock format in which a skier goes down the mountain from Point A to Point B and the fastest time wins. 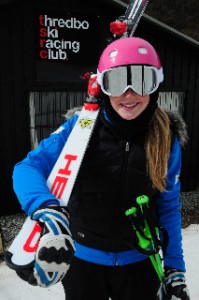 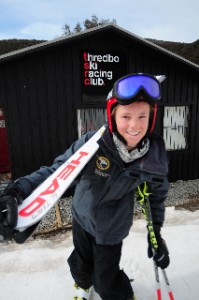 They begun skiing at the young ages of 3 yrs old at Perisher Resort in NSW – too early for the sport of surfing. But they do love their surfing when not at the snow and each have a custom made Trigger Brothers surfboard that they put to great use on the far South Coast, NSW around Bermagui. 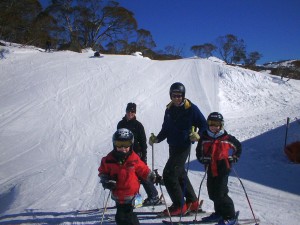 Slalom racing requires skiers to negotiate gates (normally around 60 gates) which are positioned to provide a number of changes of direction, while also making it possible to gain speed and maintain a steady flowing rhythm through the course. Each skier makes two runs down, the times are added together and the fastest total time determines the winner.

Giant Slalom (GS) is the longer of the technical events. GS is generally considered to be the most technically demanding of the Alpine disciplines. The course is designed with long, medium and tight turns that exploit natural variations of the terrain. 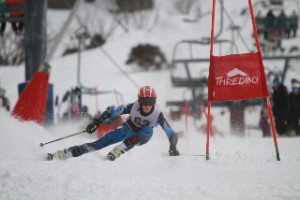 Matilda is a member of Ski & Snowboard Australia’s Alpine National Open Team and has also been chosen as a member of the “Shadow Team” for the 2014 Olympic Winter Games being held in Sochi, Russia from 7-23 February.

It is anticipated Australia will qualify 2 men and 2 women. She is presently 1 of 5 girls trying to make selection with the final team to be announced about 2 weeks before the Games begin. She is also juggling the demands of Year 12 at school.

If not skiing the kids love their surfing (hanging out at Bermagui), fishing, mountain biking and home life at Jindabyne wearing holes in their Trigger Brothers trackies.