The above video shows Phil Trigger executing his party trick !

Held from the 21st-24th of October at Currumbin, a whole crew of Victorian SUP riders travelled north to compete in the 2013 National SUP Titles. Phil Trigger was one of those SUP riders, competing in both the over 40 and over 50 surfing events. Despite missing the Surfing VIC team selection event earlier in the year, Phil was invited to surf in the event – showing his growing reputation in the Victorian SUP scene. He placed equal 9th in both divisions, narrowly missing a semi-final berth in the over 40s… a countback ruling him out after his 4th heat of the day. I thought I should ask him for an insight into his “Move of the event” award…
Words: Lachy

Hey Phil, should you be surfing in the over 40s at National events still? Kelly Slater is over 40…
Well I was the oldest competitor at 62. I don’t know how old the youngest person was – 17 perhaps?!

You won the award for “best maneuver” for all competitors (open to over 50) – tell us about that.
Well it was between myself and a 20 year old from the Open who landed an aerial. The commentator called my maneuver a lip launch – the takeoff where I paddle up the face and do a re-entry to get the wave started.

I’ve seen you do that… I’m sure lots of others have to?
For sure. It took 6 years practice and a million wipeouts at Pines. In the old days I was far less picky – I’d just paddle into anything and think sooner or later I’d come out the front of the white water after attempting the re-entry. I’d even attempt it on white water waves – the move is relatively simple, and you could definitely develop it so you could do it on anything. The wipeouts wore me down though, and now I usually just try it on the right section.

Has anyone else given it a shot?
Well Pines is my favourite spot to attempt it, and probably the best spot on our coast for the maneuver. Greg Sanderson has attempted a few but yet to make one. To my knowledge, no one else does them.

The waves were pretty good on the first day, tell us about the successful maneuver.
The one I did in the competition was a perfect peak… excellent for the maneuver – I couldn’t help myself (laughs). When I completed the re-entry and came off the bottom of the wave I heard everyone screaming. I had no idea why, but as I surfed the wave into the sand I heard the commentator carrying on. He called me ‘Party Tricks Phil Trigger.’ For the rest of the event, anytime I paddled near a wave I got called ‘Party Tricks.’ I think he called it a ‘Lip Launch’ take-off… so from now on I’m going with that.

And you won the award… better than an aerial?!
The reason I won was because to my knowledge, no one had seen anyone attempt one before. Aerials are becoming somewhat common, even on SUPs. I won a Nikon waterproof ‘action’ camera – I’m going to use it to capture a couple of the manoeuvres to better explain it to SUP riders. 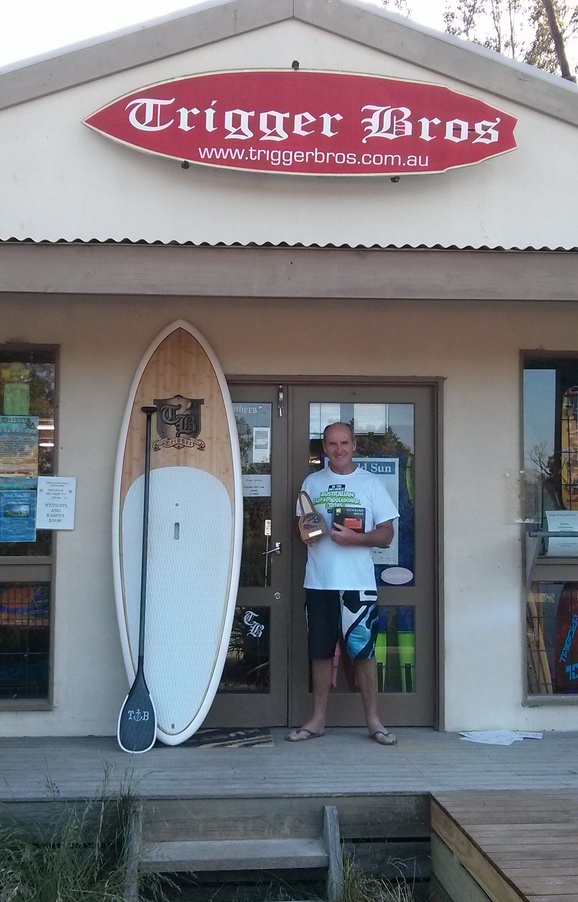 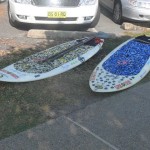 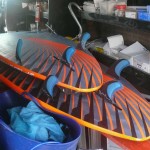 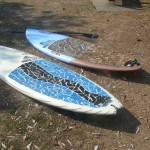 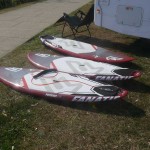 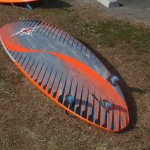 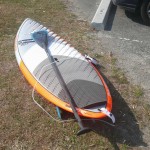 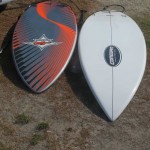 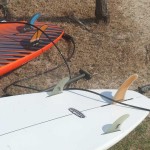 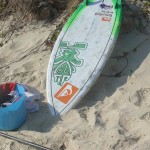 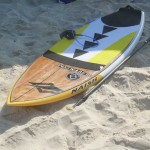 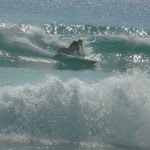 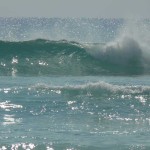 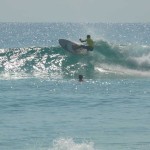 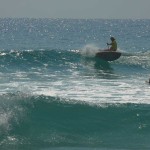 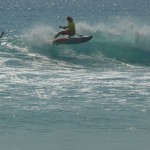 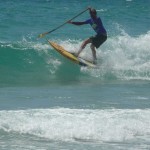 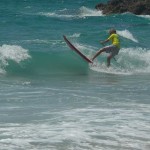 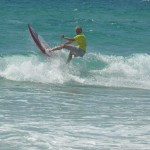 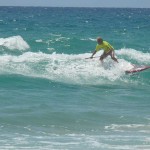 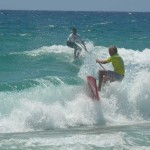 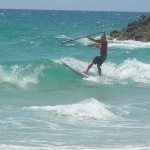 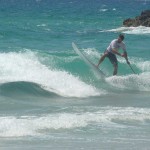 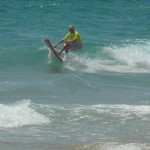